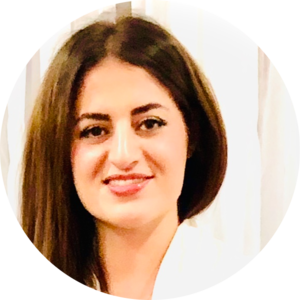 Metabolic reprogramming is a hallmark of cancer and contributes to drug resistance. Recent advances in metabolomics and genomics technologies have revealed the remarkable plasticity of cancer bioenergetics. A classic metabolic shift that provides the tumour cells with survival advantage is their adaptation to aerobic glycolysis, however, many cancer cells possess a unique metabolic phenotype, with a distinct upregulation of oxidative phosphorylation (OXPHOS) and a low glycolytic rate. Glioblastoma is the most malignant primary brain cancer in adults with a heterogenous population of undifferentiated and differentiated cells and a rare population of self-renewing stem cells, termed Glioma Stem Cells (GSC). GSCs contribute to glioblastoma recurrence and therapeutic resistance. The metabolic profile of GSCs resembles that of neurons relying on OXPHOS, as opposed to the majority of cells in the bulk of the tumour that rely on aerobic glycolysis. Thus identification of metabolic vulnerabilities and their targeting in these cells provides a promising approach to help overcome glioblastoma resistance to therapy.

Oncostatin M receptor (OSMR) is an important key player in glioblastoma. We have previously established that OSMR promotes GSC proliferation and tumour growth. OSMR orchestrates a feedforward signalling mechanism with the oncogenic protein EGFRvIII to amplify receptor tyrosine kinase signalling and genetic suppression of OSMR impairs tumour growth. In the present study, we unfold a unique role for OSMR in the regulation of OXPHOS, independently of its association with EGFRvIII or its role in proliferation.

We made the striking observation that OSMR is present in the mitochondria. In addition, follow up genomic and proteomic analyses of glioma cells revealed that OSMR may possess additional functions beyond the regulation of EGFRvIII/STAT3 signalling pathway. RNA-Seq analysis showed that knockdown of OSMR suppressed key regulators of metabolism. In particular, proteomic analysis revealed the potential interaction of OSMR with a panel of mitochondrial proteins. These results led us to investigate the function of mitochondrial OSMR in respiration.

We found that OSMR is translocated to the mitochondrial matrix via the presequence translocase-associated motor complex where it interacts with different components of mitochondrial complex I. Activation of OSMR signaling upregulates oxygen consumption rates, while deletion of OSMR suppresses OXPHOS, elevates reactive oxygen species, and promotes cell death in response to DNA damage. Strikingly, using preclinical mouse models of glioblastoma, we established that OSMR gene targeting in combination with ionizing radiation (IR) helps overcome the resistance of glioblastoma to IR and expands lifespan.

In summary, our findings uncover an important mechanism on how cytokines and their receptors independently contribute to cancer bioenergetics. Importantly, this finding together with our previous discoveries lend strong support for developing OSMR targeted therapies to alleviate GSC and overcome tumour resistance to therapy.