Erdheim–Chester disease (ECD) is a rare hematological malignancy. Here we describe that miR-15a function as a tumor suppressor in ECD through the CXCL10-ERK-LIN28a-let7 axis, highlighting a novel layer of regulation and suggesting that upregulation of miR-15a may have a therapeutic role.

Erdheim–Chester disease (ECD) is a rare histiocytic disorder with diverse clinical manifestations, ranging from indolent, localized presentations to a life-threatening, multi-system disease (2). Recurrent activating kinase mutations and fusions involving the ERK cascade and PI3K/AKT pathways and specifically, mutations in BRAF V600E and its downstream gene, MAP2K1 have been discovered in a large proportion of ECD patients (2-4). While genetic alterations driving ECD pathogenesis have been well studied (2), to date, only a few studies, have investigated transcriptional and post-transcriptional alterations in this disease.

We hypothesized that ECD relies on miRNA-mRNA interactions. Understanding the miRNA landscape in ECD may help to identify signaling pathways involved in this disease, and improve our understanding about disease pathogenesis.

We have recently showed that the miRNA profile of ECD patients differs from that of healthy controls (5). The most prominent and significant change detected between ECD and healthy controls was downregulation of miR-15a-5p. The functions of miR-15a-5p have been investigated in hematological malignancies (6-8), but whether the dysregulation of this miRNA contributes to the pathogenesis and development of ECD has not yet been elucidated.

In our manuscript, we describe evidence for a novel molecular mechanism which is mediated by miR-15a-5p and the chemokine CXCL10 [also named interferon- inducible protein-10 (IP-10)].  This chemokine is associated with a variety of human diseases including chronic inflammation, immune dysfunction, and tumor development, and metastasis (9).

By luciferase assay, we showed that CXCL10 is a bona fide target of miR-15a-5p. Analysis of plasma samples from ECD patients revealed elevated levels of CXCL10, associated with downregulation of miR-15a-5p in 70% (24/36) of the patients. This was further evaluated in tissue biopsies of ECD lesions as compared to matched healthy tissues from post-mortem autopsy. As observed in the plasma samples, miR-15a-5p was downregulated in ECD tissues and CXCL10 levels were upregulated compared with healthy controls, strengthening our hypothesis that miR-15a-5p mediates CXCL10 expression.

As several lines of evidence suggest that ECD originates from a myeloid progenitor (10-15), we investigated miR-15a-5p levels in the human myeloid cell lines KG-1a and OCI-AML3, which over express the MAPK-ERK pathway due to RAS mutations. We also used the cytokine-dependent murine lymphoid pro-B Ba/F3 line that stably expresses the MIGII-BRAFV600E vector.

Our findings show that miR-15a-5p may function as a tumor suppressor in ECD patients through the CXCL10-ERK-LIN28a-let7 axis, highlighting an additional layer of post-transcriptional regulation in ECD patients. Upregulation of miR-15a-5p in ECD patients or in other myeloid malignancies with overexpression of the ERK cascade may have a potential therapeutic role. 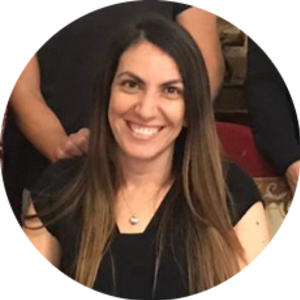