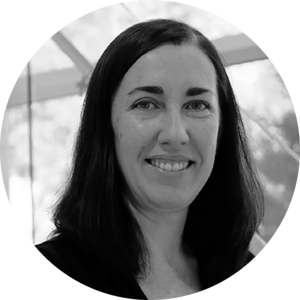 Myristoylation increases the affinity of proteins for cellular membranes and, thus, regulates their subcellular localization and proximity to effectors. Myristoylation is mediated by two isoenzymes: N-myristoyltransferase-1 and -2 (NMT1 and -2) . NMT1 expression and/or activity are increased in cancer when compared with normal tissues, and early studies had considered this enzyme as a therapeutic target in cancer 1. NMT1 was known to promote cancer cell proliferation and survival, but the specific mechanisms involved remained largely unidentified for several years until recent key discoveries linked NMT1 to mitophagy 2 and ER stress 3 in cancer cells.

Building upon these findings, and encouraged by the report of a bioavailable NMT1/2 inhibitory tool compound which could be tested in vivo 4, we started to further dissect the functions of NMT1 in cancer cells. Unexpectedly, we found that NMT1 is a key regulator of lysosomal metabolic functions in cancer. Lysosomes fulfill two key metabolic functions: enzymatic degradation of cargo, and activation of mTORC1. The NMT1/2 inhibitor prevented both lysosomal functions in cancer cells, a property that is highly relevant for cancer therapy because the anti-cancer effect of mTOR inhibitors is often reduced by the induction of cytoprotective autophagy, which relies on lysosomal degradation. Thus, simultaneous inhibition of mTORC1 and autophagy by NMT1/2 inhibition has the potential to be more effective at killing cancer cells than mTOR inhibition alone. We were encouraged to find that treatment of mice bearing subcutaneous tumors with the NMT1/2 inhibitor was efficacious at decreasing tumor growth without adverse systemic effects, offering a window of therapeutic opportunity.

Surprisingly, despite the many cellular targets of NMT1, we could attribute most of the effects of NMT1/2 inhibition in cancer cells to a single one of them: the Ragulator-Rag component LAMTOR1, which tethers mTORC1 to the lysosomal surface. Indeed, during this study, we often wondered why the lack of LAMTOR1 myristoylation had a predominant effect over that of other NMT1 targets. A recent study helped us to explain this puzzle by uncovering the existence of specific N-terminal degrons that make some NMT1 targets (such as LAMTOR1) unstable in the absence of myristoylation 5.

In some ways, this was a challenging project in a challenging time, but we certainly expanded our knowledge into new areas of research and new techniques. I am extremely grateful to each one of my incredible collaborators in this work, and look forward to many more exciting collaborative findings in the future.