Narrowing Down the ‘Unknown Unknowns’ in Multiple Myeloma Risk Prediction

Much progress has been made in the treatment of multiple myeloma (MM), a remitting-relapsing cancer characterized by clonal expansion of bone marrow plasma cells. There is now a range of treatment regimens with variable intensity – but still limited therapeutic decision making based on tumor characteristics. Genetic profiling for MM patients in the clinic, and unfortunately also in clinical trials, is often limited to fluorescence in situ hybridization (FISH) for t(4;14) and del(17p), supplemented with clinical markers such as the International Staging System (ISS). The notion is common that prediction of outcome for individual patients remains challenging due to large ‘Unknown Unkowns’ – cryptic biologic factors that drive disease behavior, often contrary to clinician expectation. A typical example are numerous reports on early relapse after high dose chemotherapy and autologous transplant in patients with seemingly standard risk genetic profiles.

Unfortunately, a decade of reports on multiple risk biomarkers, often advertising their superiority over the one or other established genetic marker, did not result in progress that is clearly notable for patients. Instead, clinical decision making is frequently based on a smallest common denominator assessments, and unfortunately trial reporting often is as well.

There are many reasons for this, but challenges in obtaining high quality data on several risk factors in parallel and a push for applying technologies that may generate scientific insight, but far from application in standard care are likely contributors.

We aimed to study the inter-relationship of established and clinically applicable MM risk biomarkers to widen the perspective on possible pragmatic approaches to MM molecular testing. We profiled 329 tumors of patients treated on the Myeloma XI trial for several risk factors in parallel, achieving completeness of results for validated genetic and gene expression profiling (GEP) for all cases. Instead of setting out to demonstrate superiority of one test over the other, we aimed to capture their inter-relationship and prognostic value, both individually and in combination.

The result is not for those preferring binary results – there is no ‘yes/no’ high-risk status, instead there is frequent and complex overlap of different genetic and GEP risk markers. Probably clinically most relevant, up to 10% of patients were characterized as high-risk only by GEP or by genetic risk markers and were not identified if only one of the two modalities were tested. Pragmatically combining standard genetic and GEP risk marker information resulted in refined definition of risk compared to using either method alone – to our surprise to an extent that ISS did not provide independent prognostic information any more.

There is a strong association between GEP risk signatures and proliferation (Figure 1), likely adding a novel layer of information to genetic profiling alone. Proliferation has been recognized as an independent risk marker in MM for decades, but it has been challenging to standardize assessment for diagnostic purposes. Clinical GEP seems to offer an applicable tool, and it would be desirable if more were to follow. Although the biological factors underlying GEP risk profiles and their independence from established genetic factors require further research, our results suggest that addition of GEP to standard genetic profiling could already help reducing the ‘Unknown Unknowns’ in clinical risk prediction.

To investigate utility of risk-adapted therapy based on combined profiling, we designed the OPTIMUM/MUKnine clinical trial (NCT03188172; https://ctru.leeds.ac.uk/conference-media/ash/ for ASH 2019 poster download), which rapidly completed recruitment of over 470 newly diagnosed patients. Bone marrow tumors were centrally genetically and GEP risk profiled and treatment allocated for those with high-risk or ultra-high-risk disease. Follow-up for this trial is ongoing and hopefully will contribute much needed evidence for improved treatments for these patients.

Rather unexpectedly, the recent SARS-CoV-2 pandemic also demonstrated how knowledge about individual tumor risk can empower both patients and clinicians. In particular during the peak of the pandemic, MM clinicians and patients were challenged with many difficult questions, including whether treatment with intensive therapy and frequent visits to hospital should be urgently continued or not. At a time when individual risk of developing severe COVID-19 itself was largely an ‘Unknown Unknown’, any clinically relevant information on MM relapse risk helped and still helps to inform individual risk/benefit estimates. Still a rapidly emerging situation, this crisis surprisingly highlights from an entirely new angle how valuable individual risk prediction can be for MM patients. 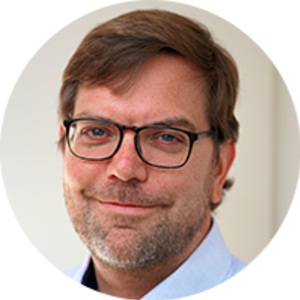