Nerve Fibres in the Tumour Microenvironment

Cancers develop within a complex tumour microenvironment (TME) and here extensive crosstalk takes place between many diverse cell populations. Well-known players are fibroblasts, immune cells, macrophages, platelets and blood vessels, as well as cancer cells. The tumour microenvironment is often held responsible for resistance to therapy and contributes to metastases. Recently emerging evidence has arrived about the divergent role of nerve fibres in the TME[1-4].  In our opinion, different nerve fibres have a dual role in this and can be protective or aggressive towards the host.

The autonomic nervous system and Cancer progression
- Autonomic nerve fibres have been described before to contribute to the progression of the cancer by nerve-neogenesis [5]. This phenomenon has been investigated in mouse models and it is suggested that autonomic nerves recruit cells from other organs by systemic communication and use this tool to create a tumour microenvironment supporting progression in prostate cancer[5]. Neuronal progenitors are shown to be present in early tumours and metastases [5]. The nerves from the autonomic nerves system can be distinguished in sympathetic and parasympathetic origin, and it is discussed that these nerves fulfil a dual role when it comes to cancer development[6].

What we can’t see isn’t there?
- Nerves in cancer development are understudied most likely because they are overlooked by the pathologist. The nerves can’t be seen very well on the routine H&E staining. With a pan-neuronal marker as PGP9.5, their presence is revealed and subsequent research has showed their importance in the TME[7, 8]. (See Figure 1).

Big large pre-existent nerves and perineural invasion
- Big nerve trunks are often seen in certain cancer types, such as prostate cancer, head and neck cancer, pancreatic cancer and cholangiocarcinoma. These bigger nerve trunks show often perineural invasion and this is a well-known poor prognostic factor. In some neurotropic tumours, nerves seem to be the infrastructure for the cancer cells to spread.

Small nerves fibres
- The difference between these larger pre-existing nerve fibres and the smaller nerve fibres, has the potential to explain the difference in function. The small nerve fibres are usually the ones without tumour invasion and some evidence show a protective effect on survival[7]. The sympathetic nerve fibres are usually present in blood vessel walls and support tumour growth, by Vascular Endothelial Growth Factor (VEGF) and this is the rationale behind treatment with beta blockers by inhibiting angiogenesis, in certain cancer types[9]. Parasympathetic nerve fibres suppress cancer cells through the cholinergic pathway in pancreatic cancer[1, 6] and are associated with a better survival.

Future research directions
- Further research directions should cover the origin of nerve fibres, are they sympathetic or parasympathetic or ...? How does the crosstalk work between nerve fibres and the other components of the TME? Is the described co-localization of small nerve fibres with immune cells responsible for a better survival[7, 10]? This field of neuroscience has unanswered questions and has the potential to provide new undiscovered insights in the TME in cancer. 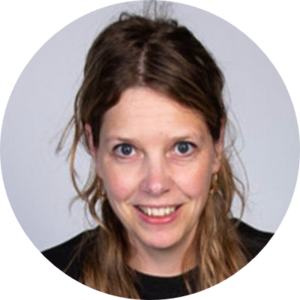