The most common method that we learn from is trial and error. This applies to small everyday things, such as boiling an egg, but also has much larger implications. We even use trial and error when considering materials that have the capacity to cause global damage. Examples of this include the use of Chlorine and Bromine for air-conditioning, leading to the development of the ozone hole, and the use of building materials that can harm us, such as by causing us cancer. One such building material is asbestos, used widely for insulation until the late 90s. This material is harmless when left confined inside our walls. If the walls are damaged, however, they can release a thin dust containing asbestos fibers which can be inhaled by people close by. Now, although asbestos can cause a very vigilant type of cancer, called malignant pleural mesothelioma (MpM), this will not occur for at least 20 to 30 years after inhalation, making it a very patient, silent and effective killer. While the use of asbestos has been prohibited, there are still old buildings that contain asbestos and so it can still be dangerous to workers, engineers, plumbers and others. Unfortunately, MpM is a very potent cancer that currently has no effective treatment. Our study revealed exciting new results that could lead to new therapeutic avenues and help patients with this serious disease.

The molecular mechanisms that drive the development of mesothelioma are still largely unknown. Several genomic studies showed that mesothelioma samples had numerous mutations in tumor suppressor genes. Some of the better-known mutated genes are p16INK4a, p14ARF, NF2 or BAP1. Similarly, mice with asbestos-induced inflammatory lesions preceding mesothelioma, had hypermethylation of p16INK4a and p19Arf. Hypermethylation is a modification on the DNA which causes loss of proteins p16 and p19 that control the way the cells grow. In addition to the deregulated cell growth systems, mesothelioma cells are able to produce more protein through an aberrant PI3K/mTOR signaling axis. This cascade controls mRNA translation, the system that is responsible for protein synthesis, contributing to cancer development and progression.

In our experiments, we tested the total protein synthesis levels and identified mRNAs that were selectively translated in patient-derived primary mesothelioma cell lines compared to cells of healthy donors. Among these, we found mRNAs encoding proteins that are required for ribosome assembly, mitochondrial biogenesis or belong to the canonical translational machinery. All these proteins promote energy and protein production, which improves cancer cell survival. Another interesting finding was that an increase in the proliferation marker Ki67 was correlated with both poor survival in a patient-derived tissue microarray (TMA) and also with proteins related to protein synthesis and mitochondrial function, suggesting a co-regulation between these processes and growth.

After taking a deeper look into mitochondria of MpM cells, we found that they look very different to non-cancerous cells. In cancer cells, mitochondria were fragmented and much larger, while normal cells had elongated mitochondria that formed a network (Figure 3). These differences in morphology were accompanied by differences in function. Mitochondria of cancer cells showed higher levels of oxidative phosphorylation and altered TCA cycle metabolism indicating their highest potential in producing energy when compared to the cells of healthy donors. In particular, we detected an increase in the intracellular abundance of malate, which is downstream of the succinate dehydrogenase (SDH), a mitochondrial enzyme that we show is selectively overexpressed through the protein synthesis mechanism.

To identify potential pathways that could be used in therapeutic strategies, we tested drugs affecting mTOR signaling or eukaryotic initiation factors. In other words, drugs that can slow down and reduce protein production in cancer cells. These drugs include Hippuristanol that targets eIF4A, 4EGI-1 that targets the interaction of eIF4E with eIF4G, and Torin1 or AZD2014 that block both mTORC1 and mTORC2. Treating MpM cells with all these drugs resulted in reduction of global protein synthesis and cell growth. However, only treatment with 4EGI-1 or Torin1 reduced the expression of SDH and the mitochondrial metabolism. Specifically, mTOR inhibition through Torin1 showed a differential effect on the synthesis of additional mitochondrial proteins, reduced oxidative phosphorylation rates, malate and other TCA-derived metabolites and restored mitochondrial morphology. This suggests that mTOR is responsible for many of the phenotypes that we found different in mesothelioma cells compared to normal cells.

A very exciting experiment showed that by treating ex vivo patient explant with the drugs Torin1 or AZD2014, tumor growth was impaired. However, treating cells with these drugs has its limitations. Cancer cells are able to adapt to them and to the inhibition of mTOR and use alternative ways to increase their protein synthesis and energy production. In fact, cells can utilize the PI3K/AKT pathway to increase the nutrient intake from their environment. To counteract this, we are proposing a combined therapeutic strategy for mesothelioma tumors. Our experiments showed that simultaneous treatment with drugs that inhibit both mTOR and PI3K/AKT, such as AZD2014 and AZD8186, significantly increased the lifespan of mice with mesothelioma tumors. This promising approach might offer an effective new therapeutic tool against this devastating malignancy. 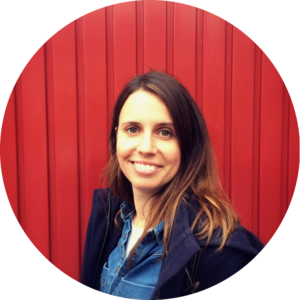