Advanced cancer remains to be one of the most lethal diseases to this day. Due to its ability to stimulate effector cells, interleukin-2 (IL-2) was the first immunotherapeutic drug approved for metastatic cancer in 1992. Although it showed promising results in some patients, it caused dose-dependent side effects that hampered its use. Furthermore, IL-2 also acts on immunosuppressive cells that curtail the anti-tumor immune responses. In our laboratory, we have been interested in IL-2 immunotherapy for many years. We have generated and characterized a special anti-IL-2 antibody termed NARA1 that can bind IL-2 in a distinctive site and direct its action to the desired immune cells. These so-called IL-2/NARA1 complexes allowed us to increase the efficacy of IL-2 while minimizing the adverse side effects.

With these tools at hand, we wanted to go one step further in developing IL-2 complexes. Even though in comparison to IL-2 alone, IL-2/NARA1 complexes had a clear bias for effector CD8+ T and natural killer (NK) cells, regulatory T (Treg) cells were still measurably stimulated. We speculated this was due to in vivo dissociation of IL-2 from the NARA1 and could be tackled by permanently linking the two proteins. We first tried to use conventional linkers which resulted in disappointing constructs with numerous problems in production and no improvement. Thus, we decided to try a more unconventional way. Based on the crystal structure of IL-2/NARA1 complexes, we grafted IL-2 to its binding site on NARA1 by splitting and merging the two proteins, generating a new protein called NARA1leukin.

When tested in vitro and in vivo, NARA1leukin surpassed IL-2/NARA1 complexes in many aspects: (i) it had longer in vivo half-life (ii) it was able to stimulate CD8+ T and NK cells with lower doses, (iii) it showed no stimulation of Treg cells. Encouraged by these results we proceeded to test NARA1leukin in tumor models. For primary tumors we observed NARA1leukin achieved the same tumor control with one fifth of the dose of IL-2/NARA1 complexes. We thought this is a considerable benefit in clinical application where less frequent hospital visits for drug administration will improve the patient’s quality of life. Yet, we were slightly disappointed that we couldn’t improve the overall efficacy. Then, we had the most exciting observations when we decided to test NARA1leukin in different tumor types and collaborated with our colleagues in the laboratory of Prof. Lubor Borsig. The model they had expertise in (4T1 mammary carcinoma) led to spontaneous metastasis formation in the lungs. Although the primary 4T1 tumor did not respond to immunotherapy, we realized for the first time that NARA1leukin was superior in inhibiting the metastasis formation. This encouraged us to test different models for malignant disease where we repeatedly observed a prominent effect on metastasis.

We believe that the part of IL-2 in the cancer immunotherapy stage is far from over. With the improved formulations such as NARA1leukin, the potent stimulatory effect of IL-2 can be harnessed and optimized for the treatment of malignant disease. 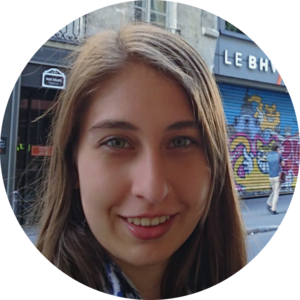