+1
Rochelle Fletcher and 1 other See all
Postdoctoral Fellow, NIH/NCI
Follow 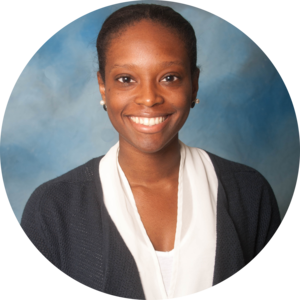 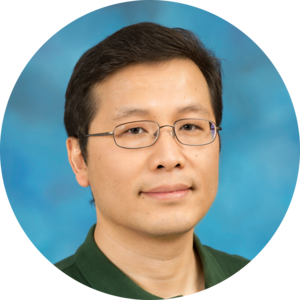 Non-steroidal anti-inflammatory drugs (NSAIDs) are a group of anti-inflammatory, analgesic and anti-pyretic drugs used for treating inflammatory conditions, and they are among the most commonly used medications.  Many previous studies have shown that NSAIDs such as aspirin and sulindac have anticancer activity and can lower the risk of developing colorectal cancer (CRC), a leading cause of cancer-related death 1.  However, the anticancer mechanisms of NSAIDs and other chemopreventive agents are not well understood.

Our previous study revealed that NSAIDs targeted intestinal stem cells that were inappropriately activated due to loss of APC, the gatekeeper tumor suppressor in CRC development, via the induction of apoptosis 2.  Our recent study showed that NSAIDs selectively killed emerging tumor cells via death receptor (DR) signaling and a synthetic lethal interaction mediated by the proapoptotic Bcl-2 family protein BID 3.  However, the upstream targets of NSAIDs responsible for activating DR signaling have remained unclear.  Accumulating evidence suggests that immunosurveillance represents a critical barrier that emerging tumor cells must overcome in order to sustain the course of tumor development 4.  Virtually all the agents with cancer preventive activity have been shown to have an immune modulating effect, suggesting that chemoprevention by NSAIDs involves antitumor immunity.

In the paper just published in Oncogene, we found that NSAIDs induce endoplasmic reticulum (ER) stress to activate DR signaling and BID in tumor suppression.  The induction of ER stress is not only critical for the antitumor activity of NSAIDs, but also responsible for triggering an antitumor immune response, which may play a key role in CRC prevention.  Restoring immunosurveillance by NSAIDs is characterized by hallmarks of Immunogenic Cell Death, a cell death modality that elicits antitumor immunity 5.  Our results provide new mechanistic insights on the anticancer mechanisms of NSAIDs.  Further studies of NSAID-induced ER stress and the associated immune response may hold the key for developing improved and safer cancer prevention strategies. 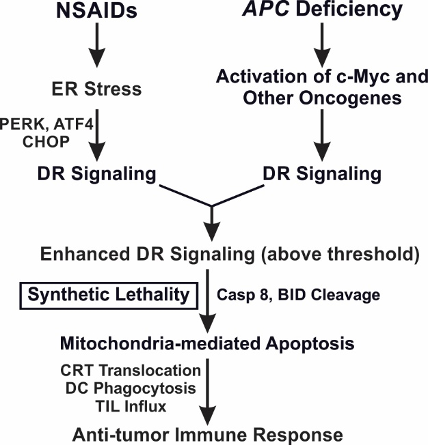