Ewing sarcoma is a pediatric cancer characterized by chimeric EWSR1-ETS fusion oncogenes (in 85% EWSR1-FLI1). In our recent study, we showed that EWSR1-FLI1 hijacks the developmental transcription factor SOX6, which contributes to tumor growth but also increases sensitivity toward oxidative stress.

In 1921, James Ewing first described Ewing sarcoma as ‘diffuse endothelioma of bone’. Back then, he already established a link toward a bone-related disease. Today, the origin of Ewing sarcoma is still unclear, but there is evidence for its origin from a mesenchymal stem cells or osteo-chondrogenic progenitor cells.

Given that in many cancers developmental pathways and transcription factors are hijacked by oncogenes, we investigated the potential contribution of SOX6 in Ewing sarcoma tumorigenesis, and whether EWSR1-FLI1 is involved in the regulation of SOX6 expression.

It is known that the fusion oncogene EWSR1-FLI1 has the capability to bind GGAA-microsatellites (mSats) and to convert them into enhancer-like regulatory DNA elements. Interestingly, the enhancer-activity of EWSR1-FLI1-bound to GGAA-mSats increases with the number of consecutive GGAA-repeats. Through this mechanism, Ewing sarcoma cells are able to express a highly specific gene-signature including EGR2, MYBL2 and NR0B1. Given this information, we wondered, whether the specific expression of EWSR1-FLI1 may play a role in SOX6 overexpression. Thus, we scrutinized available ChIP-Seq data for EWSR1-FLI1, data on DNase 1 hypersensitivity as well as ChIP-Seq data for histone marks and found a prominent EWSR1-FLI1 binding site located in intron 1 of SOX6. Although we somehow expected to find that this peak may map to a GGAA-mSat, we were pleased to see this since this fact could offer a plausible explanation for the high but variable expression of SOX6 in Ewing sarcoma. To test this hypothesis, we carried out quite time-consuming analyses, during which we cloned both alleles of the GGAA-mSat from eight different Ewing sarcoma cell lines in reporter vectors. In fact, we found that the number of consecutive GGAA-repeats at this specific GGAA-mSat correlated positively with its enhancer activity and cellular SOX6 expression levels across Ewing sarcoma cell lines.

As SOX6 has multiple functions during development but seems to be mainly involved in bone development we asked ourselves which role SOX6 has in Ewing sarcoma tumorigenesis and progression. To get first clues, we performed transcriptomic analyses, which revealed a proliferation-related signature upon SOX6-silencing. These observations were validated in extensive functional in vitro and in vivo assays that indeed demonstrated a contribution of SOX6 to proliferation, spheroidal growth and tumorigenesis of Ewing sarcoma cells.

Although we were happy about our findings, our ultimate goal was to find something that would have translational relevance for patients. Unfortunately, there are still – to the best of our knowledge – no direct SOX6 inhibitors available. Hence, we wondered whether it may be possible to indirectly target SOX6 and whether it would be possible to exploit the constitutively high SOX6 expression therapeutically. After a few hypothesis-driven approaches that did not lead to conclusive results, we turned to a more agnostic approach.

Fortunately, we started to study intensively data from publicly available large-scale drug screens with matched gene expression data including many Ewing sarcoma cell lines. Thus, we were able to screen for drugs that were able to inhibit Ewing sarcoma cell growth at physiologically tolerable doses and that were in particular active in Ewing sarcoma cells with high SOX6 expression levels. Unexpectedly, this screen identified a oxidative-stress inducer called Elesclomol among the top hits, that is not a ‘classical drug’. Elesclomol is a small-molecule that increases intracellular oxidative stress beyond a certain threshold ultimately triggering apoptosis. We went on validating the observed result with drug-response assays in SOX6-high versus SOX6-low expressing Ewing sarcoma cells, that showed SOX6 functionally confers Elesclomol sensitivity.

Although we had at that time a plethora of correlative and functional data supporting a link between SOX6 and Elesclomol, we were puzzled about this observation because the predominant phenotype we had was an involvement of SOX6 in proliferation, but proliferation per se could not explain the link of SOX6 with Elesclomol. Also, the prevailing signatures in our microarray experiments were connected to proliferation, which again was not helpful to solve this riddle.

However, after quite some time where we studied intensively again the transcriptomic profiles, we finally found aside genes being related to proliferation and cell cycle progression also genes involved in metabolism of reactive oxygen species (ROS). Strikingly, the second most downregulated gene after silencing of SOX6 in Ewing sarcoma models was TXNIP (Thioredoxin Interacting Protein); the potential missing link between SOX6 and Elesclomol. We went on validating this hypothesis and further experiments demonstrated that SOX6 stimulates the expression of TXNIP – an inhibitor of the thioredoxin antioxidant system, which maintains a balanced oxidative stress level within the cells. Experiments with indirect and direct suppression of TXNIP as well as rescue experiments showed that SOX6-induced TXNIP expression indeed contributes to elevated intracellular and mitochondrial levels of oxidative stress, which in turn makes Ewing sarcoma cells very sensitive to Elesclomol.

Since we were relatively new to the field of ROS-metabolism in cancer, we were lucky to collaborate with true experts in the field who enormously contribute to this work. In addition, some of our preclinical models such as complex 3D bone matrix models and patient-derived xenograft models were carried out with strong support from external collaborators. As such our study may constitute a good example of how multi-disciplinary and international cooperation may facilitate the identification disease-mechanisms, especially in a rare disease such as Ewin sarcoma.

It has already been reported, that Elesclomol in combination with doxorubicin was able to inhibit proliferation in breast cancer cells. Doxorubicin among others is one of the main drugs in Ewing sarcoma treatment, thus, it is tempting to speculate that SOX6 could be used as predictive biomarker for Elesclomol-treatment alone and/or in combination with other oxidative stress-inducing drugs such as doxorubicin for Ewing sarcoma patients with high intra-tumoral SOX6 expression.

In summary, after a long journey our experiments showed how the aberrant activation of the developmental transcription factor SOX6 through the fusion oncogene EWSR1-FLI1 can confer to malignancy but also provide opportunities for target therapeutic intervention.

So far, there are still open questions that need to be addressed: It is still unknown how exactly SOX6 induces TXNIP expression in Ewing sarcoma. Since SOX6 lacks own trans-activating or -repressing domains it usually needs cell-type specific co-factors for transcriptional regulation.  Additionally, SOX6 acts in other cancer types as a tumor suppressor, thus it is of interest to identify its specific cofactors being operative in Ewing sarcoma cells. These and other questions will be addressed in future experiments, and as such our study represents just the end of the beginning in our understanding of the role(s) of SOX6, TXNIP, and oxidative stress in this devastating disease. 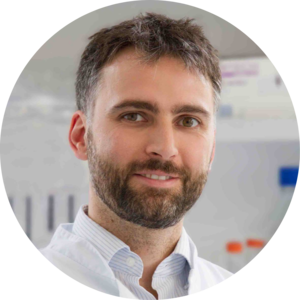