Outcomes in patients with Follicular Lymphoma in the modern era

Follicular lymphoma is the most common indolent lymphoma in the United States. Frontline management of follicular lymphoma ranges from radiation therapy, CD20 based therapy, chemoimmunotherapy or observation. As treatments have improved over the last several decades, the clinical outcomes after multiple lines of therapy are important to benchmark the disease. Commonly, our knowledge of the follicular lymphoma outcomes in the relapsed setting is based on prospective clinical trials using a single regimen in a heterogeneous population of patients with different prior lines of treatment. Additionally, while prognostic paradigms such as the FLIPI score is commonly utilized at diagnosed, the effect of changes to FLIPI score from time of diagnosis to treatment is unknown.

In this context, we initiated the current retrospective single center analysis of over 1,000 follicular lymphoma patients managed longitudinally at Memorial Sloan Kettering Cancer Center. Patient-level data  from initial diagnosis to death were reviewed, and patients who were diagnosed between 1998 to 2009 were included to capture patients exposed to rituximab and to observe long term outcomes.

In our analysis, we find that overall survival in follicular lymphoma diminishes following each relapse. The median overall survival (OS) and progression free survival (PFS) after first-line treatment were not reached and 4.73 years, respectively. After second-line therapy, the median OS and PFS were 11.7 and 1.5 years; third-line were 8.8 and 1.1 years; fourth-line were 5.3 and 0.9 years; fifth-line were 3.1 and 0.6 years; and sixth-line were 1.9 and 0.5. Follicular lymphoma patients requiring more than 3 lines of therapy represents am at risk population with median PFS of less than 1 year.

In summary, this study provides a unique insight on treatment outcome after successive line of treatment and impact of increasing FLIPI score between diagnosis and treatment which could guide patient counseling, clinical trial design and future drug development.

Ruth Milne
about 2 years ago

Are you able to provide a link to the paper?

Fushen Sha
about 2 years ago

Ruth Milne
about 2 years ago 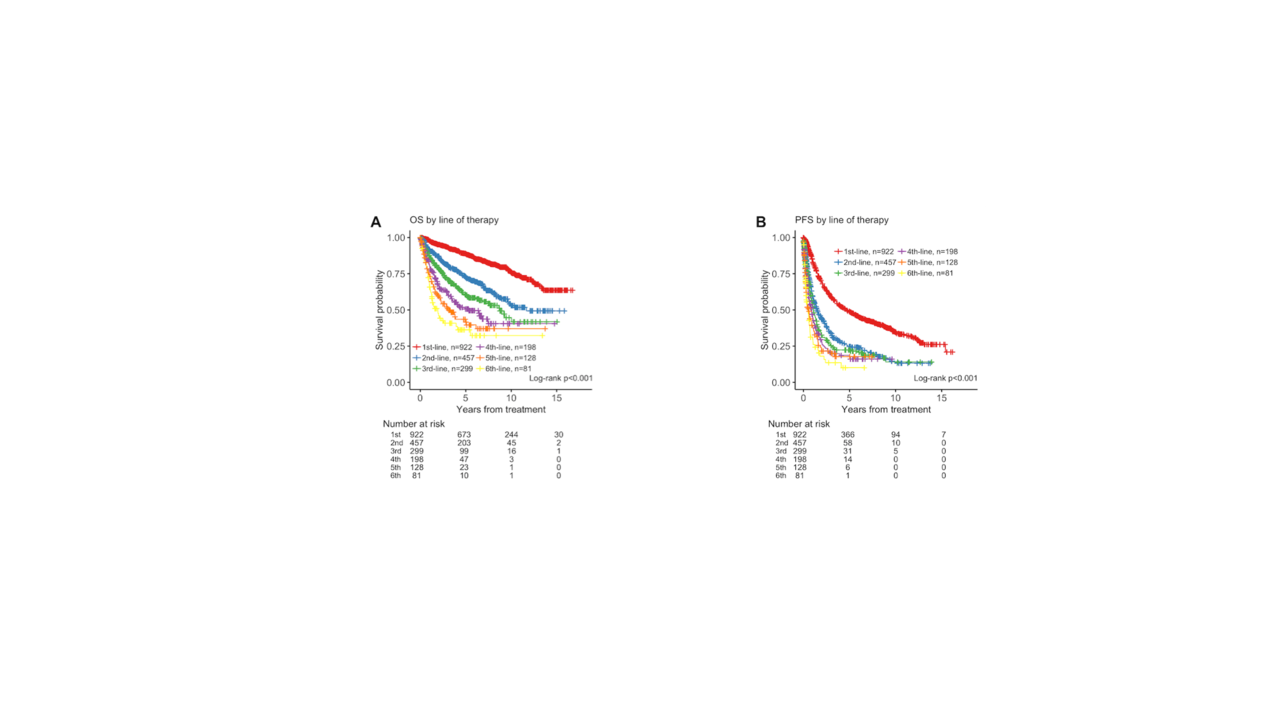 Outcomes in patients with Follicular Lymphoma in the modern era