SMAD4 is a tumour suppressor gene that is inactivated in about 50% of pancreatic cancer tumours. Since SMAD4 is a central mediator of the TGFβ pathway, its loss disrupts TGFβ signalling. Yet, we found striking similarities between SMAD4-deleted and TGFβ-activated states in pancreatic cancer cells.

Pancreatic cancer is a leading cause of cancer-related deaths largely due to paucity of detection tools to diagnose the disease in its early stages, and since more advanced tumours become resistant. One of the factors that may promote resistance to therapy is loss of SMAD4 expression, a frequent event in pancreatic cancer associated with increased aggressiveness. We noticed that inactivation of SMAD4 decreases sensitivity of pancreatic cancer cells to mitochondrial complex I inhibitors from the biguanide class, which have recently emerged as a promising group of pancreatic cancer therapeutics [1, 2]. To explore the mechanism of SMAD4-linked resistance to biguanides, we investigated the effects of SMAD4 deletion on mitochondrial function. Since SMAD4 is a key mediator of TGFβ signalling, we also focused on TGFβ-linked effects.

As expected, SMAD4 inactivation abolished responsiveness of pancreatic cancer cells to TGFβ. Surprisingly, though, both SMAD4 deletion and TGFβ activation in SMAD4-proficient cells had similar effects on mitochondria, including fragmentation of mitochondria and decreased oxygen consumption, and resulted in resistance to biguanides. The mechanism by which SMAD4 loss mimics TGFβ-activated state needs to be further investigated, but it may be linked to basal activation of MAPK/ERK signalling in SMAD4-deficient cells.

We found that resistance to biguanides of SMAD4-null cells is mediated by increased mitophagic flux, which could compensate for the decreased energy yield and remove affected mitochondria by mitophagy. On the other hand, TGFβ-induced resistance to biguanides is independent of autophagic processes; instead, it is linked to the ability of TGFβ to induce epithelial-mesenchymal transition (EMT). In either case, the resistance to mitochondrial inhibitors can be overcome by a novel and highly efficient complex I inhibitor, MitoTam [3], which can rapidly eradicate pancreatic cancer cells irrespective of SMAD4 status and TGFβ activation. MitoTam has already been tested in a Phase 1 trial with promising outcomes, and our results warrant its testing as a potential drug against pancreatic cancer.

Defining the mechanisms of therapy resistance in pancreatic cancer and developing new treatment options to combat this disease is a great challenge. Our work provides important new knowledge on the applicability of mitochondrial complex I inhibitors in pancreatic cancer therapy and define SMAD4 as a potential prognostic marker. 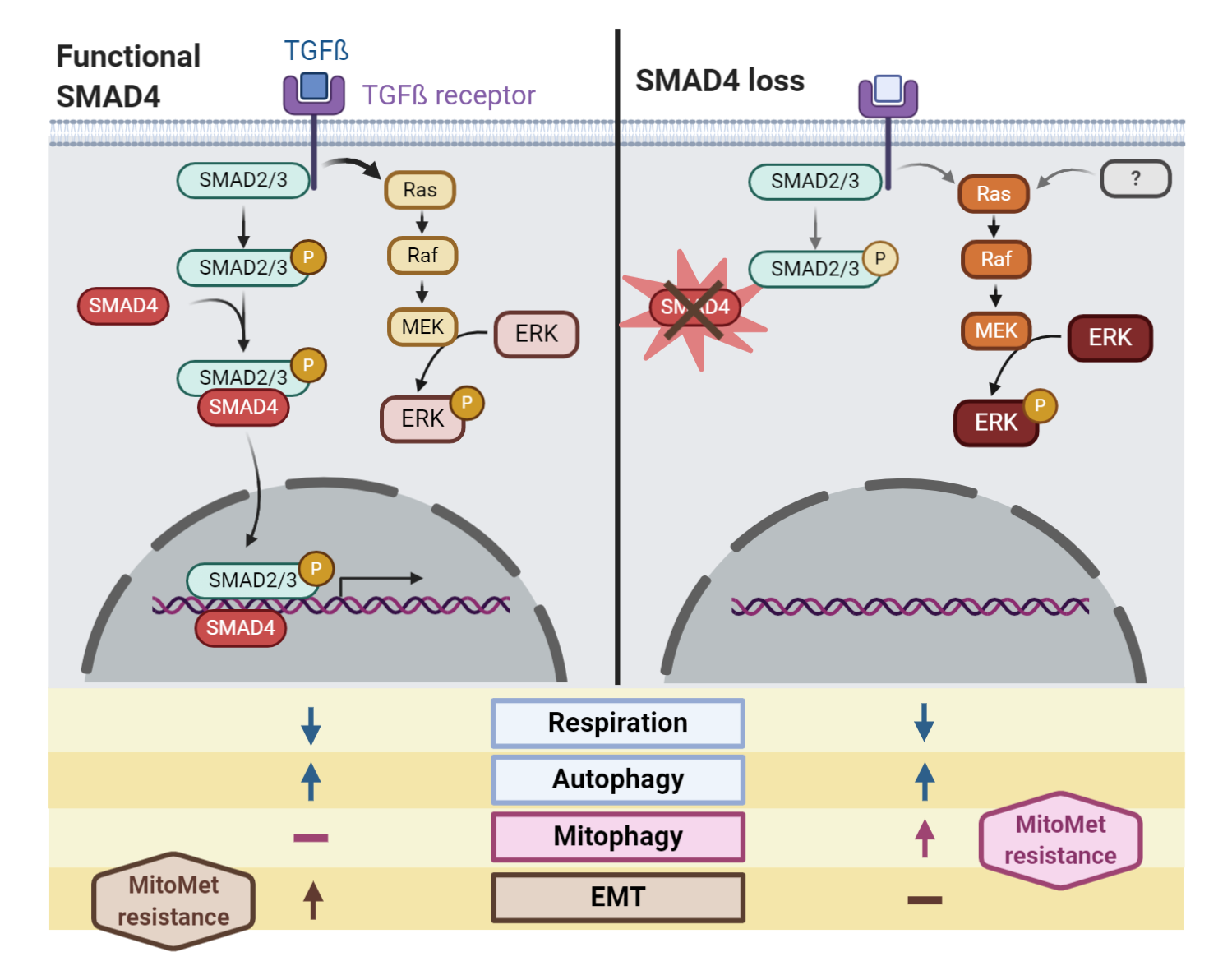 Figure 1: Schematic model of signaling and phenotypic changes resulting from SMAD4 loss in pancreatic cancer cells. MAPK/ERK is one of the SMAD4-independent signaling pathways triggered by TGFβ. When SMAD4 is deleted, MAPK/ ERK signaling is basally activated in the absence of TGFβ. MAPK/ ERK signaling drives increased mitophagic ﬂux in SMAD4-deﬁcient cells, which promotes resistance to MitoMet. Image created by BioRender.com. 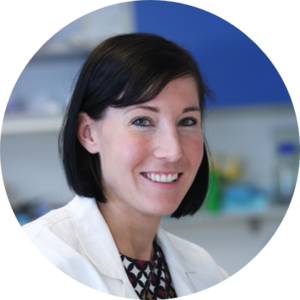