piRNA-39980 improves the sensitivity of doxorubicin, a chemotherapeutic drug, through inhibition of intracellular drug metabolism and DNA repair in a mesenchymal tumor

Drug resistance is becoming a common threat in the treatment of cancer. We discovered that a small non-coding RNA- piR-39980 is silenced in Doxorubicin-resistant fibrosarcoma. Its overexpression improves doxorubicin sensitivity by inhibiting drug metabolism & DNA repair via CYP1A2 & RRM2 repression. 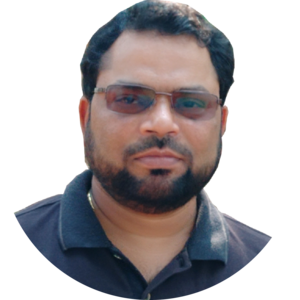 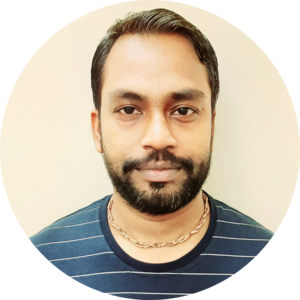 Cancer is a major public health problem around the world. Because of its heterogeneity in its types, stages, etc., and ability to travel through the bloodstream to reach distant organs and develop as a secondary tumor, combating it successfully remains difficult. Fibrosarcoma, a histological sub-type of the soft tissue sarcomas, is one of the deadly, aggressive, and malignant cancers with an extensively high proliferation rate1, 2. Fibrosarcoma originates in the mesenchymal cells located either in deep soft tissue or adjacent to bones. Fibrosarcomas are mainly of two types: congenital-type fibrosarcoma and the adult-type fibrosarcoma, the later being highly malignant. 80% of adult-type fibrosarcoma are diagnosed as high-grade tumors with a 5-years survival rate of 30%1. The primary treatment regimen of fibrosarcoma comprises amputation and surgical resection with neoadjuvant radiotherapy3. However, these strategies are ineffective for unresectable sarcomas or when cancer cells metastasize to secondary sites. Hence, chemotherapy comes into action.

Chemotherapy improves patients’ survival to about 80% and can successfully treat distance metastasis and local recurrence. Although chemotherapy improves patients' overall survival, it has no effect on disease-free and recurrence-free survival due to its side effects. Chemotherapeutics such as doxorubicin (DOX) and ifosfamide (IFO), the first-line drugs to treat fibrosarcoma exert serious adverse effects, including leucopenia, anemia, thrombocytopenia, neutropenia, and febrile neutropenia, cardiotoxicity, nephrotoxicity, etc.4. Further, the development of resistance against these drugs critically hinders the successful treatment of fibrosarcoma and becomes the major cause of recurrence. Multi-drug resistance (MDR) accounts for over 90% of deaths in cancer patients5. It has been found that DOX exposure prompts MDR in sarcoma to daunorubicin, mitoxantrone, dactinomycin, vincristine, colchicine, etoposide, and vinblastine6. Cancer cells develop MDR against many effective drugs by adopting several mechanisms, including reduced drug uptake, increased drug efflux, increased drug metabolism, inhibition of apoptosis and enhanced DNA repair, etc.5. However, the exact molecular mechanism adopted by fibrosarcoma cells to develop drug resistance is not well studied. Moreover, there is an urgent need to find out some alternative therapy to treat drug-resistant fibrosarcoma.

Recently, Piwi-interacting RNA (piRNA), a newly discovered novel class of small ncRNAs of ~26-36 nucleotides in length, has emerged as a critical player in cancer genomics and a promising alternative candidate for cancer treatment7. They either act as an oncogene by promoting hallmarks of cancer such as tumor growth, proliferation, angiogenesis, DNA repair, etc. or as a tumor suppressor by suppressing them. The piRNAs play their tumor regulatory roles by silencing gene expression at the transcriptional or post-transcriptional level and by epigenetic modifications8. In our previous work, we revealed that piR-39980 is downregulated in fibrosarcoma cells compared to normal fibroblast cells. Overexpression of piR-39980 in fibrosarcoma cells induces apoptosis and inhibits cell proliferation and metastasis9. These findings further motivated us to investigate whether it affects chemoresistance.

Further, we showed that RRM2 and CYP1A2 are the key regulators of chemoresistance in fibrosarcoma cells. RRM2, the catalytic subunit of the ribonucleotide reductase enzyme which synthesizes dNTPs, is crucial for DNA replication and repair. Increased DNA repair has a principal role in the development of drug resistance10, 11. We found that overexpression of RRM2 increases the DNA repair cascade to restore damaged DNA caused by DOX. Like enhanced DNA repair, the increase of drug metabolism by cancer cells is one of the key modulators of drug resistance that causes treatment failures. Increased DOX metabolism decreases the availability of active DOX within the cells which affects the treatment outcome of this drug12. We found that overexpression of CYP1A2, a drug-metabolizing enzyme belonging to the CYP1 family of the cytochrome P450 superfamily, increases DOX metabolism and reduces the accumulation of active DOX within the fibrosarcoma cells. Thus, RRM2 and CYP1A2 induce DOX-resistance in fibrosarcoma cells. Overexpression of piR-39980 suppresses the expression of these genes and inhibits DOX metabolism and DNA repair (See Figure 1). 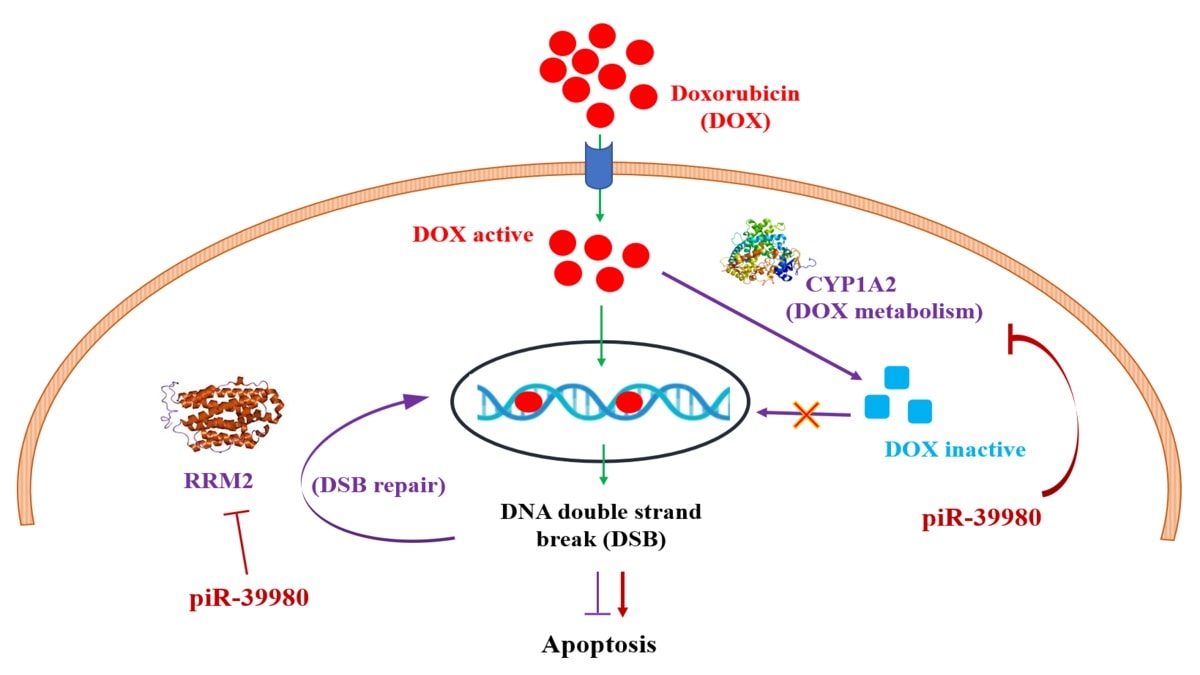 These findings indicate that piR-39980 induces DOX sensitivity in fibrosarcoma, and hence can potentially be used as a promising therapeutic agent along with DOX to improve clinical response to this drug. However, there are still many open questions and tasks that need to be addressed before we realize its translational potential.

Our Team RNAi is tirelessly working to unlock the potential of ncRNAs - the hidden treasures.