On last Saturday (5/9/20), a tweet from MD Anderson Cancer Center announced that Dr. Isaiah “Josh” Fidler had passed away on May 8th, 2020. This was a particularly touching loss for me. My research career developed around Dr. Fidler’s legacy. My Ph.D. advisor, Dr. Mien-Chie Hung, was recruited to MD Anderson by Dr. Fidler in the late 1980s. Dr. Fidler gave the very first lecture in Cancer Biology I attended when I started at the University of Texas Health Center at Houston. He advised us to study pathology, believing it should be a required course for every cancer researcher. I applied his methodologies, especially in vivo cycling, during my postdoctoral project at the National Cancer Institute (NCI), and later happily found that he had developed it decades earlier while at the NCI in Frederick, MD. His methods and concepts became daily practice in our studies and still are to this day. Over the years I have heard some interesting stories about him and communicated with him a few times. Scientifically, he is likely the person who has impacted my research the most. While some may consider his passing to be the end of an era, I believe it announces that the legacy he created continues.

For many younger cancer researchers, Dr. Fidler is probably best known as the developer of the B16 melanoma cell line series. Even in very recent years, you can still find his acknowledgment in research papers for providing the cell lines. Of course, that is just the tiniest among all his achievements. To fully appreciate his achievements, you have to put his career in the context of a long history of biomedical research.

In 1889, English surgeon Stephen Paget examined postmortem data from 735 women with breast cancer. He noticed that the organ distribution of metastases was nonrandom. Paget suggested that metastasis is not a random event of cancer, but rather that some tumor cells (the “seeds”) grow preferentially in the microenvironment of targeted organs (the “soil”); the so-called “seed-and-soil hypothesis” of cancer metastasis. Despite its appeal, Paget's proposal was not universally accepted. Many believed that the anatomy of the vascular and lymphatic drainage from the primary tumor determined the patterns of tumor metastasis; the “anatomical hypothesis.” The evidence for both sides mostly came from statistics of postmortem observations. Therefore, the debate continued for almost one hundred years.

When Dr. Fidler and his wife-to-be, Dr. Margaret Kripke, were recruited to NCI-Frederick in the late seventies, he was determined to resolve the debate over the mechanism of metastasis. Dr. Kripke, an immunologist, challenged Dr. Fidler: can you consider all the cells in a culture dish to be the same? And consequently, is growth at the metastatic site the result of selection or adaption? They decided to “go Max Delbrück”, in Dr. Fidler’s words. They pursued Dr. Kripke’s idea to run a similar experiment to that developed by Luria and Delbrück in 1943 for identifying the origin of drug resistance in bacteria. They made single-cell clones from B16 cells, a line developed from a spontaneously arising melanoma in an aged C57BL/6 mouse. The resulting sublines were injected separately into 20 syngeneic mice. The majority of the subclones did not metastasize, a few matched the minimal metastasis of the parental tumor and a handful produced hundreds of metastases. The metastatic frequency followed the established Luria-Delbrück distribution, proving the metastatic cells pre-existed in the primary tumor. Ten of the sublines became the iconic B16F0 to F10 that drove research of metastasis and melanoma for decades.

The next question was if “seeds” need selective “soil” to grow. Dr. Fidler and Dr. Ian R. Hart transplanted mouse embryonic lung and kidney tissue into the flanks of genetically identical mice.  They then injected radioactively labeled melanoma cells. The cells gathered in many organs, but only took hold in the lungs and in the lung tissue on the mouse’s flank, proving the “seed-and-soil” hypothesis.

Moreover, Dr. Fidler figured out that the “seed-and-soil” hypothesis implied that the “soil” can be used to select for specific “seeds.” He and his colleague Dr. Vincent A. Pollack injected melanoma cells into mice, harvested pulmonary metastases, and implanted them subcutaneously into mice again. The cells were recovered from the developed pulmonary metastases for the next cycle of implantation. After a few cycles, the lung metastatic efficiency of the melanoma cells from the primary site was greatly enhanced. This “in vivo cycling” has become the standard procedure to develop tropic metastatic lines of cancer cells in the metastasis research field.

“In essence, everything I had done confirmed Paget’s hypothesis,” Dr. Fidler later said. While true, the implication of his research is way more than just validating someone’s theory. Spanning nearly one hundred years, Paget’s observation of non-random metastatic distribution in 1889, the Luria-Delbrück experiment in 1943, and the Fidler-Kripke experiment in 1983 all pointed to the center of Evolutionary Theory: spontaneous diversity, selection, and adaptation. It used to be the tradition and foundation of all biomedical studies. However, since the discovery of the structure of DNA and development of genetic engineering, the “molecular mechanism” study has dominated the field, resulting in the piecemeal, sporadic approach of contemporary biomedical research. Unfortunately, many researchers regard biology as a collection of fragmented knowledge without guiding theories, making Rutherford's classic remark “all science is either physics or stamp collecting” a self-fulfilling prophecy for biology. Yet biology has a central logic and fundamental theory, which Theodosius Dobzhansky recognized with his famous quote in 1973: "Nothing in biology makes sense except in the light of evolution." Biologists should not forget it, and their research should be guided by it. The research of Drs. Fidler and Kripke demonstrated this principle almost forty years ago and still enlightens us.

Dr. Fidler’s methodologies impacted many notable researchers, and even made some careers. Joan Massague, for example, applied the in vivo cycling method to identify numerous genes determining tropic metastasis. When I started my postdoctoral research, one of my first projects was to develop mouse models to perform therapeutic testing for metastatic diseases. I remember my PI told me to “do a Fidler experiment.” In the current era of next-generation sequencing, Dr. Fidler’s concept that the evolutionary process should guide cancer research further bridges cancer modeling and data analytics, which we can fully appreciate today.

After leaving Houston for the NCI, I was very lucky to have quite a few conversations with Dr. Fidler. He told me a story about a job interview seminar in his department. The candidate’s presentation went smoothly and finished well. She used the B16-F series cell lines, so Dr. Fidler asked, “What does the ‘F’ stand for?” The poor woman was very nervous and answered, “FVB, I guess?” Dr. Fidler said, “I told her ‘F’ means ‘Fidler’, and that’s the end of our conversation.” I learned two things from this: first, mistaking the strain background (B16 was derived from C57BL/6, not FVB) is not acceptable to a mouse modeler like Dr. Fidler. And second, if you don’t know, just say “I don’t know”!

I want to conclude with another quote from Dr. Fidler: “If you think you have a novel idea, go check PubMed. You will find that someone thought of it 50 years ago.” When Drs. Fidler and Kripke got an idea for how to investigate the metastatic mechanism, they thought about Paget, Luria and Delbrück. We always need to learn from the structured concepts developed and accumulated over the great tradition of biology and the scientists who have gone before us. Dr. Fidler has joined that great tradition, and our current studies will benefit from his legacy.

The author would like to thank Dr. Sarah Spaeh for her editorial assistance. 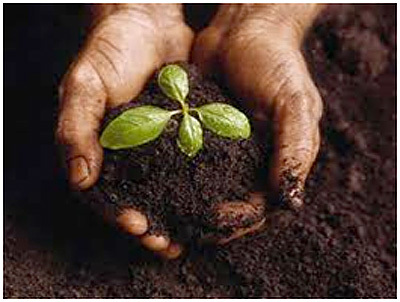