In an exciting new study published in Nature Communications today, Cello Therapeutics has shown how their novel nano-sized platform can deliver immunotherapy and inhibit tumor growth and metastasis in multiple mouse models of solid tumors. https://doi.org/10.1038/s41467-021-22311-z

Cancer remains one of the main causes of morbidity and mortality globally. Solid tumors, in particular, make up ~90% of all newly diagnosed cancer cases as well as cancer deaths. Despite the potential for a surgical “cure,” residual and metastatic diseases remain a significant issue. New treatment options such as immunotherapy are urgently needed to control and eliminate these tumors. Breast, colorectal, lung, and prostate cancers, in particular, account for nearly 50% of all new cancer cases in the United States and are responsible for almost 50% of all deaths due to cancer. As the second overall leading cause of death, cancer presents a pressing issue in healthcare affecting a significant portion of the US population.

Immunotherapy has emerged as an effective therapeutic approach against cancer that harnesses the power of immune cells and the body’s own immune system. Some recent approaches, including immune checkpoint inhibitors and adoptive transfer of chimeric antigen receptor (CAR) T cells, have shown considerable promise. However, each still has its disadvantages. For example, checkpoint inhibitors are oftentimes associated with severe systemic side effects and only benefit a subset of patients with tumors expressing specific receptors, while CAR T therapy has not fared well against solid tumors despite its success in hematological cancers. In particular, systemic administration of such immunotherapies can result in toxicities in the respiratory, GI, hepatic, pulmonary, endocrine, and neurological systems. To overcome such challenges, intratumoral injection is becoming more common as a mode of administration. The localization of immune-activating agents can help to kick start antitumor immunity while reducing their systemic exposure.

Cello Therapeutics combines immunotherapy and localized administration with an innovative approach. Taking cues from nature, Cello has developed a nanoparticle formulation that mimics platelets in their ability to bind to tumors and the tumor microenvironment. Platelets have been implicated in many disease pathologies, including tumor progression. Previous studies have shown that platelets naturally bind to both cancer cells and components of the tumor microenvironment. In addition, platelets have even been shown to facilitate metastasis by binding to circulating tumor cells and “hiding” them from detection.

Cello’s nanoparticles, which are approximately 1,000 times smaller than the width of a strand of human hair in size, are coated with membrane derived from natural platelets. This membrane coating enables the nanoparticles to bind and be retained at the tumor site much longer than fully synthetic nanoparticles, providing greater opportunity for encapsulated payloads to accomplish their intended effect.

In our new publication in Nature Communications today, Cello used these platelet membrane-coated nanoparticles loaded with an immune-stimulating molecule to treat models of colorectal and breast cancer. When administered locally via intratumoral injection, the nanoparticles, dubbed “PNP-R848,” exhibited an impressive antitumor immune response.

In the colorectal cancer model, PNP-R848 not only entirely eradicated the tumor, but it also induced a sustained long term immunity. Mice that had been treated initially with PNP-R848 were rechallenged not once, but twice, with increasing tumor burdens. The mice were able to completely reject and kill these tumors without any additional PNP-R848 treatments, suggesting that treatment with PNP-R848 has the potential to prevent future recurrence of the cancer.

In an aggressive metastatic breast cancer model, administration of PNP-R848 was able to significantly inhibit tumor growth compared with free drug or drug loaded into purely synthetic particles. In addition, treatment with PNP-R848 was able to substantially reduce the number of metastatic nodes found in the mice, indicating that localized administration of PNP-R848 is able to induce a system-wide specific immune response against the tumor.

The nanoparticles are able to generate a superior antitumor immune effect compared to either free drug or PEGylated nanoparticles likely due to their enhanced retention at the tumor site. Upon injection, the PNP-R848 remains at the tumor site, where it is taken up by resident antigen presenting cells (APCs). Once taken up, the PNP-R848 releases its cargo, which activates the APCs. The activated APCs then migrate to the nearest lymph node, where they train other immune cells, called T cells, to recognize and fight the cancer. Some T cells return to the tumor site to battle the tumor, while others circulate and surveil in the body to eliminate any tumor cells that escaped from the original tumor site.

Combining the benefits of both manmade and natural materials, the development of therapeutic approaches based on the modification of synthetic nanoparticles with natural cell membranes represents an important advancement in the field of nanomedicine. The ability of PNP-R848 to retain at the tumor site and promote a specific and sustained systemic antitumor immune response is a promising step towards a generalizable cure for cancer. Cello is currently scaling up manufacturing of PNP-R848 and evaluating its safety profile in preparation for clinical trials. 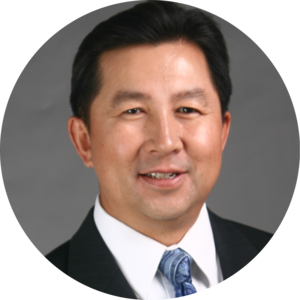