Classical Hodgkin lymphoma (cHL) is considered a highly curable malignancy. However, this does not primarily hold for elderly patients. In this Dutch population-based study spanning three decades, we assessed trends in primary therapy and relative survival among almost 10,000 patients with cHL.

A little more than a half-century ago, classical Hodgkin lymphoma (cHL) was a universally fatal malignancy. The therapeutic breakthroughs over the past decades transformed the grim outlook into an excellent one with high overall survival rates. However, this appears to only hold for patients with cHL up to age 60.

The Netherlands Cancer Registry (NCR) formed the basis of our study. The NCR has a nationwide coverage of at least 95% of all newly diagnosed malignancies in the Netherlands since its establishment in 1989. Therefore, our study represents the general population of cHL. Data on the dates of birth, diagnosis, and last known vital status, sex, disease stage, topography, and morphology, and primary treatment were available in the NCR for individual patients. To estimate disease-specific survival in the absence of information on the cause of death, we calculated relative survival, which is the observed patient survival corrected for the expected survival in the general population for the same age, sex, and time period.

We showed that relative survival improved significantly over time for patients up to age 60. More importantly, young patients showed very low excess mortality in the most recent period, 2010-2017. This improvement is most likely accounted for by advances in therapy. In contrast, patients above the age of 60 show little, if any, improvement in relative survival over time and continue to experience considerable excess mortality, irrespective of disease stage. We demonstrated that these patients are treated differently and more often receive no anti-neoplastic therapy or radiotherapy only, as compared to their younger counterparts.

Our results convey a vital message for clinical practice and forthcoming studies: older patients with cHL are treated suboptimally, probably because these patients cannot tolerate standard chemotherapy regimens, and have substantial excess mortality in a contemporary era. Our study findings should prompt collaborative trial groups to embark on future intervention studies in the upfront and relapsed/refractory setting to improve both the short- and long-term outcomes in older patients with cHL.

The current study provides several avenues for future research. Our next step is to disentangle what drives the excess mortality in cHL patients above age 60. We aim to analyze treatment patterns in these patients—including the specific therapeutic regimen, number of cycles, radiotherapy dose, and reasons for treatment discontinuation—across all older-aged segments. Further, we will assess conditional relative survival to estimate the life expectancy of cHL patients after specified time points since diagnosis. Lastly, information on the cause of death in the Netherlands is collected by Statistics Netherlands. An effort will be made to link this information to the NCR. This linkage will enable us to investigate the causes of death across various age groups and disease stage. This analysis will be performed in a time-dependent fashion because it is reasonable to assume that the cause of death might be different across various time points after the initial diagnosis. Collectively, we hope to identify further areas for improvement to reduce the excess mortality for the entire cHL population. 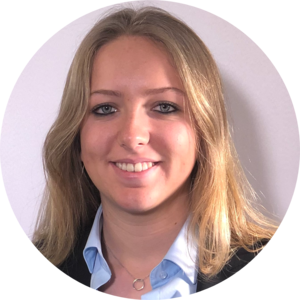