Multiple causes lead to PCCRC occurrence, consisting of procedural causes and biological causes. Examples of procedural causes are a colonoscopy that did not visualize the entire colon, an incomplete removed polyp or a surveillance colonoscopy that is planned too late (or not performed at all). Both endoscopist and patient can play a role in this. With concern to the biological factors, different types of polyps exist with different growth patterns and different histological profiles. Some polyps are protruding into the lumen of the colon, while others are flat along the colon mucosa. The latter type of flat polyps is more easily missed during colonoscopy than the first type of protruding polyps. Risk of becoming cancerous and the speed of this process may also differ between polyp types, with faster progression from polyp to colon cancer possibly leading to PCCRC.

Current knowledge on PCCRCs has led to the development of colonoscopy quality indicators, in order to prevent PCCRCs. Colonoscopies have to be complete, meaning that the cecum is photo documented, no faecal contamination is present, and that the endoscopists takes enough time to inspect the complete mucosa upon withdrawal. This may reduce the number of PCCRC with a procedural cause. Interventions for the biological factors can only be achieved by stricter surveillance intervals in patients at risk. To identify those patients at risk, the biology has to be understood.

Previous studies have already shown that PCCRCs are often located in the right sided colon and that the tumours often harbour features of flat polyps. Besides the classic adenomas, sessile serrated lesions have been identified with a different molecular pathway leading to colorectal cancer. While the classic adenoma pathway is thought to take at least 10 years to develop from adenoma to carcinoma, the sequence of the serrated route may be shorter. Case reports of PCCRCs with features of sessile serrated lesions lead to the hypothesis that this may be a large contributor. In the current study we aimed to look at the molecular profile of PCCRCs and whether, in addition to morphology and histology, PCCRC specific genetic features occur.

For this study we used a population-based cohort consisting of all colorectal cancers diagnosed between 2001 and 2010 in three adjacent hospitals in the southern of the Netherlands. All patient reports were checked whether a colonoscopy was performed in the years before, and if so, what the cause of the PCCRC could be. All PCCRCs and a random selection of the non-PCCRCs were retrieved for genetic analysis, which eventually consisted of 122 PCCRCs and 98 non-PCCRCs (or detected colorectal cancers). Besides testing microsatellite instability and presence of the CpG Island Methylator Phenotype, low-coverage whole genome sequencing to determine DNA copy number changes and targeted next-generation sequencing for mutation analysis was used.

No PCCRC specific genetic alterations were found. A hierarchical clustering model was applied to identify specific clusters. It turned out that the tumours were clustered in common colorectal cancer pathways as described before. However, the occurrence of PCCRCs in the non-classical carcinoma pathways (the microsatellite instability pathway and the hypermethylation pathway) was higher than its proportion in the classical pathway (the chromosomal instability pathway). As expected, the microsatellite instability pathway and hypermethylation pathway was more often present in cancers found in the right-sided colon than in the left-sided colon. These pathways are associated with the sessile serrated polyps and are also more frequently found in flat polyps.

We concluded that the molecular profile of the PCCRCs we analysed in our study is in line with the current hypotheses that sessile serrated lesions and flat polyps have a significant role in the occurrence of PCCRCs. No PCCRC specific alterations were found. This means that further studies should focus on how identification, treatment and follow-up of patients with flat and sessile serrated polyps could be improved in order to further reduce PCCRC incidence. 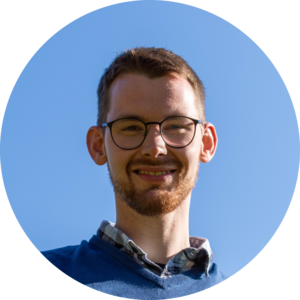