Typically, cancer develops from a single cell among cells with an intact genome in immunocompetent adult patients. However, no models have been developed that can capture and demonstrate a step-wise development of carcinogenesis.

We developed a new mouse model that can mimic not only cancer development but other biological characteristics of cancer patients as well. Given the poor prognosis and availability of few models due to the lack of gall bladder (GB)-specific Cre mouse strain, we selected the GB as a target organ for the proof-of-concept study.

We first generated GB organoids with mutant Kras and Trp53 loss by lentiviral Cre transduction and CRISPR/Cas9 gene editing, respectively (hereafter referred to as K/53org). We aimed to develop orthotopic tumor models via intra-GB injection. However, with K/53org resuspended in Matrigel, injection into the GB lumen of syngeneic mice retained the Matrigel in a liquid state, allowing organoids to readily and freely flow out into the lower bile duct. To avoid such leakage, we ligated the GB neck with a thread prior to injection, which retained the organoids inside the GB. However, all mice eventually died due to stenosis-induced lethal cholecystitis. Subsequently, we ceded the development of an orthotopic GB cancer model using a single-step implantation approach.

We then tested a two-step implantation approach in which K/53org-derived subcutaneous tumors were orthotopically implanted in syngeneic mice. Tumors were typically minced into 2-mm fragments, which we named “tumor buds (TB)”. Although a TB was initially inserted into the GB with a cut and closed tip, the TB remaining inside the GB did not develop tumors, presumably due to digestion by bile. To avoid direct exposure to bile, we fixed the TB outside the GB by suturing. This method, which we designated as the “implantation of organoid-derived tumor bud (IoTB),” was effective, allowing the transplanted TBs to grow into solid tumors that resembled human GB cancer. 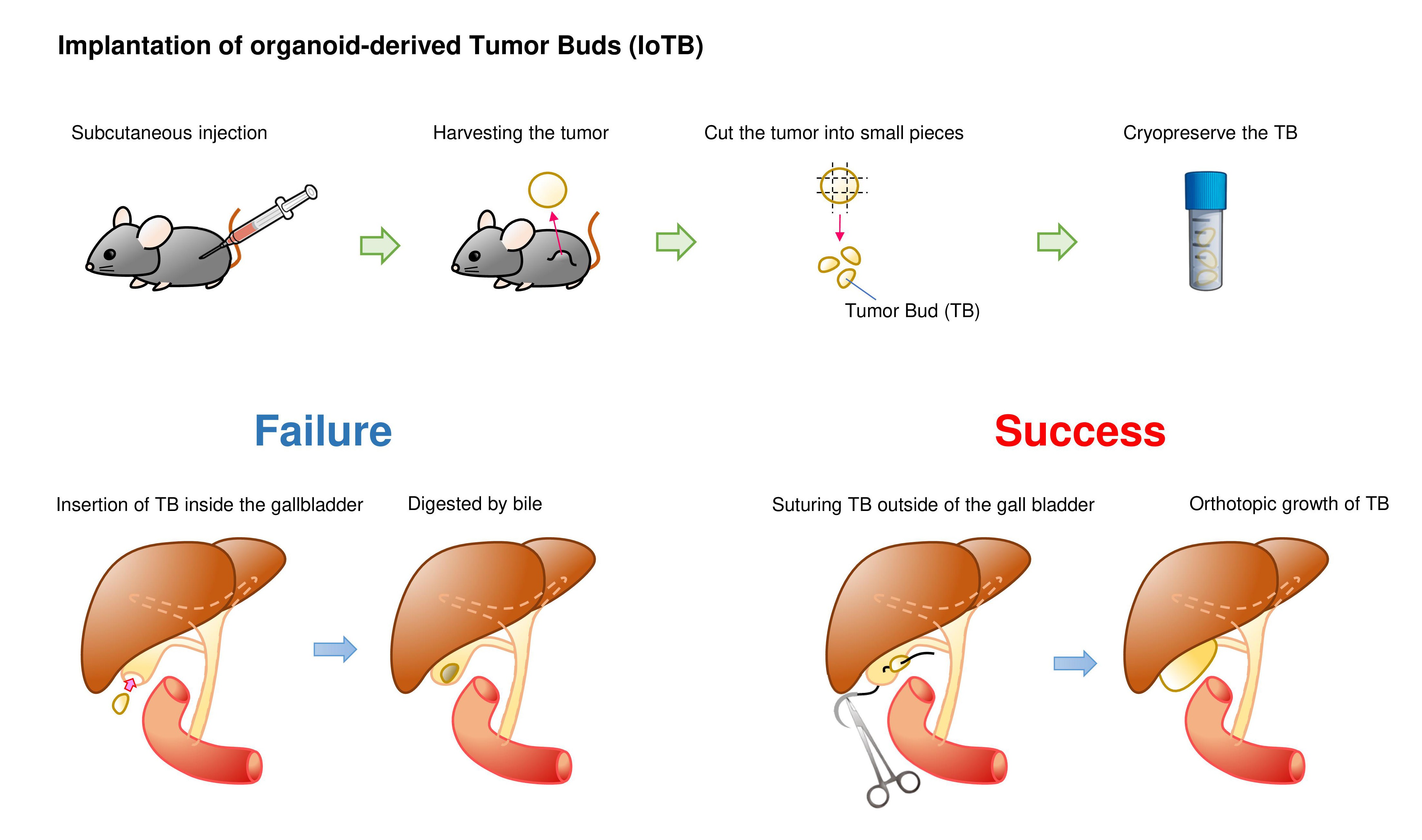 This IoTB model revealed the infiltration of similar subsets of immune cells in both subcutaneous and orthotopic tumors, confirming the physiological immune environment during carcinogenesis. In addition, the in vivo efficacy of gemcitabine, a common therapeutic agent for GB cancer, was accurately validated in large cohorts. Taken together, this model may serve as an avatar for patients with GB cancer in drug discovery and precision medicine. In addition, the application of this approach is warranted for other cancer subtypes. 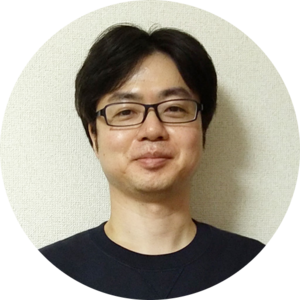