We have utilized in this work published in Oncogene a preclinical knock-in mouse model to address the therapeutic utility of the inhibition of the catalytic activity of a Rho guanosine nucleotide exchange factor (GEF) in cancer settings. Tackling this issue is highly relevant given that the current paradigm in the Rho GTPase field holds that the inhibition of these enzymes can represent an interesting avenue to treat Rho GTPase-dependent tumors. This idea stems from the fact that these enzymes are in charge of promoting the stimulation step of Rho GTPases during both normal and pathological signaling conditions.

Despite this widely-establish paradigm, it is worth noting that no solid genetic evidence exists as yet regarding the utility of such therapeutic avenues. In fact, there are several problems usually ignored in the field that might preclude the implementation of Rho GEF-based therapies. One of them is that many Rho GEFs can also stimulate GTPase-independent protumorigenic pathways. Due to this, the inhibition of just the catalytic activity might not be sufficient to hamper the fitness or cancer cells. Another problem is that the practical implementation of these therapies could be impossible if they cause collateral side effects.

None of those concerns could have been dispelled up to now given that the conventional mouse models used in this field have been based on standard protein depletion strategies rather than on the inhibition of the catalytic activity of the investigated Rho GEFs. To surmount this problem, we have used in this work a number of mouse models that specifically mimic the effects elicited in vivo by the systemic application of an inhibitor that specifically blocks the catalytic activity of the Rho GEF Vav2. We chose this GEF as working model in our study for several-fold reasons. Firstly, because Vav2 epitomizes the high structural complexity present in many Rho GEFs as it is composed of eight structural domains that carry out catalytic, regulatory, and adaptor-like effector functions. Secondly, because previous studies using standard loss-of-function knockout mice have shown that the function of Vav2 is critical for the development of a number of cancer types. Finally, because the analyses of these knockout mice have revealed that the total elimination of this GEFs leads to the development of a number of physiological dysfunctions such as hypertension, renal fibrosis, and glaucoma. Thus, the use of these “pharmaco-mimetic“ mice allowed us to investigate whether the inactivation of the catalytic activity of this GEF leads to antitumor effects, the minimal inhibitory thresholds that are required to achieve them, and the side effects caused at the organismal level by such an inactivation. Importantly, we could also address whether there are therapeutic windows in which the positive antitumor effects could be dissociated from the negative side effects caused in healthy tissues.

The results shown in this work demonstrate that it is possible to obtain quite effective antitumor effects in vivo even when some of the catalytic activity of Vav2 is still preserved (approx. 30% of the normal activity exhibited by the wild-type protein). They also demonstrate that the development of all the side effects previously detected in Vav2 knockout mice is highly dependent on level of Vav2 catalytic inactivation that is achieved in vivo. In line with this, our work also demonstrates that there are specific Vav2 inhibitory windows in which is possible to stop cancer growth without any overt side effects.

Collectively, these data underscore the pros and cons linked to the systemic and sustained administration of anti-Rho GEF therapies. In addition, they validate Vav2 as a potential drug target for specific tumor types. The current challenge is, now, to generate high affinity inhibitors to block the enzymatic activity of this GEF. 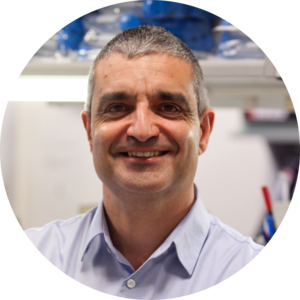