This blog reflects on the journey that led to the publication of our preoperative combination immunotherapy study in Nature Medicine.

Muscle-invasive bladder cancer (MIBC) has a poor prognosis with limited treatment options. The recurrence rates after surgical resection are high and the 5-year survival is poor, particularly for patients with extensive/bulky tumors and patients showing local lymph node metastases at resection1. For almost 20 years, preoperative cisplatin-based chemotherapy (NAC) has been the recommended standard for operable MIBC patients. Despite high initial response rates, the absolute survival benefit to NAC is only 5%, along with significant toxicity1. Coexisting medical problems such as poor kidney function excludes approximately 40% of the patients from receiving NAC, precluding them from experiencing potential survival benefit. Thus, there is a great need for novel systemic therapies, and we aimed to help achieve this.

The durable responses to anti-PD-L1 and anti-PD-1 immune checkpoint inhibitors (ICIs) have led to the approval of several agents in metastatic MIBC2-6. Recently, ICIs have been tested in operable patients with early-stage disease, with the ultimate aim to lower recurrence rates and deaths. Responses to preoperative immunotherapy appear higher than in the metastatic setting7,8. It has been hypothesized that exposure to immunotherapy while the patients await primary tumor resection may allow immune cells to better recognize and ‘study’ tumor features, facilitating broader anti-tumor immunity and durable responses. Based on ICI efficacy data from the metastatic setting, we felt that the response rates to ICI monotherapy may be too low to provide a significant survival benefit. In addition, early data on preoperative ICI monotherapy in UC showed that complete responses were primarily seen in smaller, less advanced tumors7,8. We hypothesized that the addition of anti-CTLA-4 to anti-PD1 may enhance pathological response rates, as observed in operable melanoma10.

The NABUCCO study was the first trial to test the feasibility and activity of anti-PD1/CTLA-4 combination immunotherapy in locally advanced MIBC. The locally advanced study population, having a particularly poor prognosis1, would better justify anticipated toxicity to combination immunotherapy, especially since we only enrolled patients who were unable to receive cisplatin-based chemotherapy or refused.  The trial was up and running in less than a year from the initial idea, mainly due to the highly motivated collaborators from several medical disciplines at our institute. Enrolling and treating the first patients in our trial was an exciting period, as we did not know what to expect in terms of toxicity and efficacy. The first patient in NABUCCO started off achieving a pathological complete response (Figure 1), without having major side effects, strengthening our confidence in the study rationale and increasing enthusiasm for the study. Early 2019, a year from enrollment of the first patient, the inclusion of study participants was completed. All patients in our trial were able to undergo surgery, despite inclusion of patients with bulky/extensive disease. Although we did observe adverse events, the toxicity was manageable and appeared lower than with NAC. We found that 58% of the patients had no remaining invasive cancer after combination immunotherapy. Complete response to ipilimumab plus nivolumab was independent of pretreatment CD8+ T-cell presence, T-effector signatures or tertiary lymphoid structure (TLS) abundance. Induction of TLS upon treatment was observed in responding patients. Currently, 92% of the patients treated in NABUCCO are still in remission, suggesting that long-term benefit can be achieved to combination immunotherapy.

NABUCCO and other preoperative studies have shown the potential of preoperative immunotherapy in MIBC. Although promising activity to neo-adjuvant ICIs is observed, randomized phase III trials are warranted to enrich the neo-adjuvant treatment paradigm with immunotherapy. Still, many questions on preoperative ICIs remain, such as the value of biomarkers for response, optimal ICI dosage, monotherapy vs combination ICIs, number of treatment cycles, as well as exploring chemo-immunotherapy and other combinations. Although it may take years to learn how we can most effectively incorporate ICIs in the preoperative treatment setting, the progression we made thus far is encouraging, paving the way for enhanced curative treatment strategies in earlier disease stages.

Back to Nature Medicine
Next 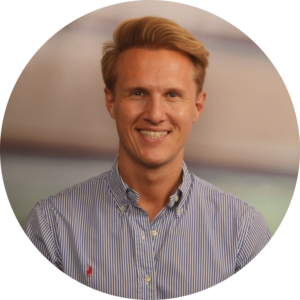