PTX3 protein as a detection biomarker in patients with pancreatic cancer. 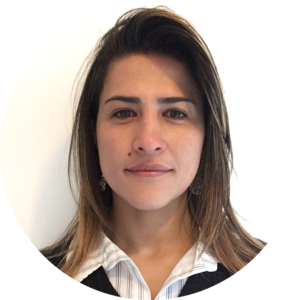 Pancreatic ductal adenocarcinoma (PDAC) is the most prevalent pancreatic cancer. PDAC possesses a very poor prognosis, with a 5-year overall survival rate of less than 8%[1]. Late detection, due to the aggressive tumour biology and the lack of clinical symptoms and diagnostic markers, results in the majority of patients presenting with an advanced stage of PDAC when the tumour had already invaded the surrounding vital structures or spread to distant organs [2]. Currently, there is no specific biomarker that helps early detection for PDAC. The only routinely biomarker used for diagnosis is the serum Carbohydrate antigen 19-9 (Ca19-9), which has a medium-range sensitivity of 41-86% and specificity of 33-100%[3].

Our laboratory focuses on understanding tumour-stromal cells interaction in PDAC, particularly the role of activated pancreatic stellate cells and All-trans Retinoic Acid (ATRA) in PDAC disease progression. Our group has previously demonstrated that targeting activated PSC with the pleiotropic agent ATRA renders them quiescent, altering the tumour-stroma crosstalk and slowing tumour progression.  A comparative gene expression microarray analysis of the key genes that were up or down-regulated on stellate cells following ATRA treatment revealed downregulation of Pentraxin 3 (PTX3) mRNA in quiescent cells[4]. Intrigued by this result, we sought to investigate the PTX3 protein in PDAC. PTX3 is a soluble, multifunctional glycoprotein produced by several cell types, including fibroblasts, after stimulation by inflammatory signals that have an essential role in the organisation and stabilisation of the extracellular matrix[5]. Hence we hypothesised that enhanced fibrosis in pancreatic tissues of patients with PDAC would be associated with elevated secretion of PTX3 by activated PSC, therefore: (1) serum PTX3 could be a sensitive and specific marker of desmoplasia (2) a simple and reliable test for distinguishing PDAC from other non-malignant diseases of the pancreas.

We collaborated with Prof Paolla Allavena’s team at the Humanitas Clinical and Research Center – IRCCS in Milan and Prof Aldo Scarpa’s team at the ARC-NET Research Center for Applied Research on Cancer from the University of Verona along with samples collected at Barts Health NHS Trust in London to generate an international multi-centre cohort of patients to enable evaluation of serum levels of PTX3 in patients with PDAC as well as other pancreatic diseases. We could show that patients with PDAC had significantly higher levels of PTX3 compared to those with other pancreatic diseases.

Besides evaluating the clinical significance of PTX3 in clinical samples, we also performed various experimental analyses in human and mouse tissues, as well as a series of in vitro assays using 2D cell line cultures and 3D organotypic systems to establish the source of PTX3 in PDAC is indeed pancreatic stellate cells, which is related to interactions with other components of the stroma, such as hyaluronan.

Our multifaceted analyses make a robust case for prospective clinical trials confirming its utility in aiding the diagnosis of PDAC as well monitoring response to stromal targeting therapies.