We developed a mathematical model that can be used to quantify dabrafenib-trametinib treatment responses in BRAFV600E-mutant melanoma. The model identifies cellular BRAF and ATP levels as important factors in drug resistance.

The emergence of targeted anti-cancer drugs over the last decade has transformed the treatment of cancer. However, their use has generated some major clinical challenges, such as the rapid onset of drug resistance.

In an effort to circumvent drug resistance, vertical inhibition treatment strategies have been developed. These are treatment strategies where multiple components of the same signalling pathway are inhibited. Vertical inhibition has improved patient outcomes, but the problem of drug resistance still remains. Therefore there is currently great interest in further developing the complexity of combination treatments. However, increasing treatment complexity raises some major pharmacological questions, such as:

These questions cannot be solved empirically by bench research and drug trials alone. We therefore argue that there exist an urgent need for mathematical models that can inform drug dosing strategies in clinical and pre-clinical settings.

We also believe that an interdisciplinary approach to such challenging and complex problems in oncology is the best approach to adopt. We accordingly worked together, as an interdisciplinary research team, to study drug resistance in melanoma. By combining our team’s experimental knowledge, clinical experience and mathematical expertise, we developed a mathematical model that quantifies ERK-activity in BRAFV600E-mutant melanoma subjected to drugs.

Vertical inhibition of the BRAF-MEK-ERK cascade

Mutations in the BRAF-MEK-ERK signalling cascade have been identified as drivers for tumour development and growth. Therefore this cascade is of particular interest in the treatment of cancer. In melanomas harbouring the BRAFV600E-mutation, the BRAF kinase is always activated. This results in hyperactivated cascade signalling, which can lead to uncontrolled cell proliferation. Drugs that target the BRAF-MEK-ERK signalling cascade act to inhibit the enzymatic activity within the cascade, in order to ultimately suppress the proliferative abilities of cells.

For the treatment of BRAFV600E-mutant melanoma, vertical inhibition of the BRAF-MEK-ERK cascade has become a standard of care. However, the molecular mechanism of how vertical inhibition synergistically suppresses intracellular ERK-activity, and consequently cell proliferation, are yet to be fully elucidated.

In order to further shed light on the effects of vertical inhibition of the BRAFV600E-MEK-ERK cascade, we therefore developed a mathematical model that mechanistically captures cascade dynamics in the presence of two drugs; dabrafenib and trametinib. We considered the actions of these drugs at a molecular level in the mathematical model, as is pictorially summarised in the figure below.

Our mathematical model is based on a system of chemical reactions that describes the signalling dynamics in the BRAFV600E-MEK-ERK cascade subjected to dabrafenib and trametinib. We re-expressed these chemical reactions as ordinary differential equations using mass action kinetics. By solving these equations numerically, we computed the concentrations of cascade components over time. One such cascade component of particular interest was activated ERK (i.e. doubly phosphorylated ERK), since it plays a central role in cell proliferation.

Our model thus provides a quantitative method to compute how dabrafenib and trametinib can be used (alone or in combination) to inhibit ERK-activity in BRAFV600E-mutant melanoma cells. We used the model to identify drug combinations that yield synergistic drug responses. Moreover, consistent with experimental data[1], we found that increased BRAF concentrations were associated with drug resistance (left figure below). Our computational simulations further suggested that elevated ATP levels could be a factor in drug resistance to dabrafenib (right figure below). This finding introduces an important variable to take into consideration when evaluating treatment responses.

In summary, the model that we developed can be used to systematically motivate which dabrafenib-trametinib dose combinations, for treating BRAFV600E-mutated melanoma, warrant pre-clinical, experimental investigation. The model also identifies cellular BRAF and ATP levels as important factors in drug resistance. Just as importantly, the model deepens our understanding for why cells respond to dabrafenib and trametinib therapies the way that they do, and why BRAF and ATP levels impact drug resistance. The molecular-level mechanisms of vertical inhibition that we included in the model were key in delineating how elevated BRAF and ATP concentrations generate drug resistance to dabrafenib and trametinib. This beautifully demonstrates the power of data-driven mathematical cancer models: we can use mathematical models to compute quantitative outputs, but we can also use mathematical models to learn more about the biological system at hand. 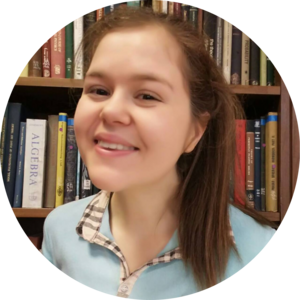