Almost three years ago, in June 2017, I had a first look at the sequencing data that forms the basis of our publication. At that point, it was just a standard mutation analysis for me. It worked out well. But at first sight, results seemed relatively unspectacular. After all, they were just mutation calls.

Three months passed until in October 2017 the term “clonal evolution” was first dropped. That was it – the beginning of an idea.

We did not know, whether this would actually work. Whether our data was actually apt. But we started to have these fancy, colorful plots in our minds. And we were motivated to try everything we could possibly think of to reconstruct clonal evolution and to generate these plots.

Well, looking back, we probably really tried everything one could possibly think of. I cannot recall how many tables – each and every one with another clever color code – we generated, how many analyses we performed, how many scripts we wrote, how many tools we tested or how many preliminary plots we generated. When I generated my first draft of clonal evolution for the first patient, I was surrounded by mutation tables. It was slightly chaotic. And the first actual clonal evolution plots we generated, rather looked like a piece of art than a piece of science.

A really essential aspect of our work was communication. Bioinformatics and oncology do of course have some common points of contact, not least the mutations that played an important role in our publication. However, our actual interests do quite commonly diverge. As a bioinformatician, I am interested in algorithms, performance, CPUs. For me, the name of a gene is – first of all – just a string. In the beginning, we were sometimes speaking different languages. But in the course of time, by numerous meetings, emails, calls and joint writing of our manuscript, we combined our expertise and brought together bioinformatics and translational oncology. We realized what we were all hoping to realize: a publication on clonal evolution in Burkitt lymphoma.

In June 2017, I would never have expected that there was so much hidden in these seemingly unspectacular mutation calls. It was a long way. But now, I am really happy, that we continued until the end. It allowed us to derive a categorization of clonal evolution, to develop an estimation approach for reconstructing clonal evolution in the presence of few time points, to identify mechanisms leading to relapse in Burkitt lymphoma, and to identify TP53 deficiency as a novel potential molecular marker with prognostic relevance in Burkitt lymphoma. 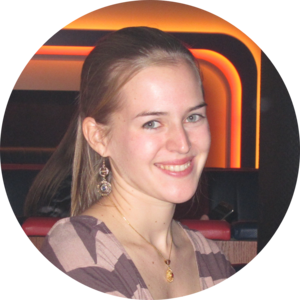