Although stimulator of interferon genes (STING) agonists has been tried for cancer therapy under tremendous attention, underlying mechanisms behind the anti-tumour effects are yet poorly understood.

Led by clinical oncologist Seung-hwan Jeong and Director Gou Young Koh, scientists from the Center for Vascular Research within the Institute for Basic Science, South Korea, has recently shown that intratumoural STING agonist induces effective apoptosis of tumour endothelial cells (ECs) in implanted tumours, but not in spontaneous tumours. The spontaneous tumour’s refractoriness to STING agonist is abolished by additional treatment with AKT 1/2 inhibitor (AKTi) through effectual apoptosis of tumour ECs.

We first explored the effects of an intratumoural STING agonist, cyclic GMP-AMP (cGAMP), on tumour vessels and tumour growth in implanted Lewis lung carcinoma and melanoma implantation models. We also found that cGAMP is a strong and rapid tumour vascular disrupting agent, which subsequently lead to strong anti-tumor growth. Moreover, we uncovered that the cGAMP-induced tumour vascular destruction and anti-tumour growth could be derived from activations of STING and TNFα-TNFR1 signaling of bystander cells in the tumour microenvironment, rather than from intrinsic STING activation of tumour cells or tumour vascular cells.

Nevertheless, unexpectedly, intratumoural cGAMP treatment did not induce apoptosis of tumour ECs or tumour cells, although it slightly delayed tumour growth in spontaneous breast cancer model, which closely resembles human solid tumors. To investigate why cGAMP did not induce apoptosis in the spontaneous breast tumour, we performed bulk- and single-cell RNA sequencing of tumors ECs of implanted and spontaneous tumours, and compared them. We disclosed that tumour ECs of spontaneous tumours are much less sensitive to STING activation-induced apoptosis.

Based on these findings, JEONG thought “that is why STING agonist monotherapy could not produce satisfactory outcomes in clinical use”. He hypothesized that inhibition of AKT signalling could potentiate spontaneous tumour to combined cGAMP-induced tumour EC apoptosis. We chosen AKT 1/2 inhibitor as AKT inhibitor (AKTi). We finally demonstrated that AKTi potentiated the cGAMP-induced anti-tumour effect by inducing extensive apoptosis of tumour ECs, enhancing immunogenic tumour cell apoptosis, and increasing recruitment of anti-tumor immune cells in spontaneous breast cancer and melanoma (Figure).

KOH tells, “Strengths of STING agonist therapy are 1) direct injecting of it into visible tumour mass and 2) the oncologists could follow the tumour growth or shrinkage after the therapy in the patients of cancers.  We claim, “Combination of intratumoural AKTi and cGAMP could induce strong anti-tumour effect without severe adverse effects. This advanced avenue would be beneficial to treat the patients with visible cancers such as head and neck cancer, tongue cancer, and bladder cancer”. 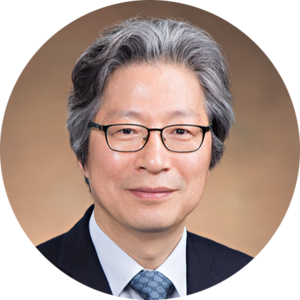