A community from npj Precision Oncology
Contributor
Africa and Cancer

“In spite of the challenges faced by French-speaking investigators, there are African-based solutions that could be implemented to stimulate robust research activities in Francophone African countries.”

Many countries in Africa are faced with the double burden of infectious diseases and increasing prevalence of non-communicable diseases (NCDSs).1,2 While progress has been made on many health indicators, life expectancy and most population health indicators in sub-Saharan Africa lag behind most low-income and middle-income countries in different regions of the globe.3 To address this double burden of infectious and rapidly growing NCDs requires research that translate into Africa-based solution. Yet for researchers in French-speaking countries in Africa, linguistic and other barriers limit opportunities for participation in robust research that could lead to improvements in health outcomes and quality of life.

Collaboration and participation in research is often stimulated by the work environment and a desire to address clinical or health related challenges that researchers encounter. Furthermore, exposure to research conducted by other investigators facing similar challenges occur at scientific conferences and workshops where English is the dominant language of expression. For investigators with low English language proficiency, it’s a daunting task to grasp specifics of innovative research approaches and to ascertain potential areas of collaboration or participation with other researchers.

French-speaking investigators also have to deal with the fact that information about extra-mural grant funding and scientific awards are often made in English with limited French translation. Moreover, in applying for grant funding, French-speaking investigators from sub-Sahara Africa are at a competitive disadvantage as their prior publication history have been in French journals with an impact factor generally lower that English language scientific journals.

The advancement of new technologies comes with innovative laboratory equipment for basic science research. Some of the new technologies and equipment are accompanied by mostly English language operational instructions, which places an extra burden on the investigators to get instructions in French as they learn how to operate the new laboratory equipment. This often leads to delays in the start of research projects.

The structure for promotion and career advancement at some universities in French-speaking countries does not emphasize or reward continuous research and publication beyond full professor level. Furthermore, attaining full professorship often comes with some administrative responsibilities at the university level which takes away time that could be devoted to research activities. Additionally, interdisciplinary collaboration is not often emphasized leading to hesitancy in research participation. For example, some clinicians are reluctant to collaborate with basic science researchers and share samples that could lead to advancement of scientific knowledge in the etiology of certain diseases.

Underinvestment in research facilities and equipment, particularly in laboratories is a major disadvantage for researchers in sub-Saharan Africa. Investigators trained at reputable institutions in Europe, America and elsewhere return home to laboratories lacking in basic equipment which makes it difficult for them to transfer the knowledge gained from their studies abroad. This also limits opportunity to groom a pipeline of junior investigators with the capacity and expertise to conduct cutting-edge research to address the important health challenges.

In spite of the challenges faced by French-speaking investigators, there are African-based solutions that could be implemented to stimulate robust research activities in Francophone African countries. Training in research methods for doctoral and post- doctoral fellows in Francophone countries is an obvious area of opportunity. For example, given the projected increase in cancer prevalence on the continent by 2035,4 a certificate program in oncology research could be set up under the auspices of AORTIC for Francophone researchers. Such a certificate program could be on-line with opportunity for research projects where participants form different sites are encouraged to participate. Incentives could be built into the program in the form of Fellowships, Awards and Recognition for the top participants.

To conclude, by offering more opportunities for collaborations between anglophone and francophone researchers will contribute to reducing the challenges faced by these these researchers.

Prof. Blaise Nkegoum is the PI for the Prostate Cancer Transatlantic Consortium (CaPTC) in Cameroon. For the past 25 years, he’s been active in oncology research and teaching with the goal of improving health outcomes for cancer patients. Additionally, he has done a lot of work in cancer prevention and training of cancer researchers in Cameroon. Prof. Nkegoum has continued to collaborate with other researchers both in Cameroon and abroad (France, Switzerland, the United States, Canada, South Africa and Tanzania).

Dr. Coulibaly is the PI for the Prostate Cancer Transatlantic Consortium (CaPTC) in Ivory Coast. She’s a virologist by training with an interest in biotechnology. Upon return to Ivory Coast after her doctoral training in France, she joined the Institute Pasteur of Ivory Coast where she conducts cancer research. The focus of her resarch is on the etiological factors (epidemiological, biological, genetic) that can explain the disparities observed in some cancer cases. Her research is focused on African populations. 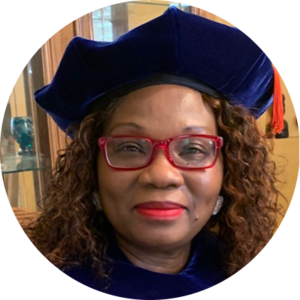 “AORTICʼs mission is to transform cancer control in Africa through collaboration in education, research, and the delivery of equitable and timely interventions to minimise the impact of cancer.”

+1
Manisha Salinas and 1 other
Contributor
Africa and Cancer

African researchers are rising to the challenges of prostate cancer management!

Prostate cancer (PCa) is the second most common cancer among men globally, commoner and more aggressive in black men. Genetics has a role in the behavior of the cancer. Some African researchers presented abstracts at the 2021 AORTIC conference to validate this point and narrow the knowledge gap.

+2
Hamid Olanipekun and 2 others
Contributor
Africa and Cancer

“The biennial AORTIC International Conference on Cancer in Africa is the definitive event on the African health calendar, enabling the exchange of ideas and the opportunity to learn from oncology leaders from all over Africa and around the world.”

The Crossroads of Cancer Care and Behavioral Research: A Commentary on the State of Cancer Care in Nigeria by Matthew Dickson, PharmD, MS & Motolani Ogunsanya, DPh, PhD

"One important caveat to improving health by behavioral approaches is that successful implementation depends on an engaged population."