Koalas are currently in the early stages of germ line invasion by a retrovirus and are affected by high cancer prevalence. By investigating this retroviral invasion at the genomic level we uncover links between proviral integrations and host cancer genes.
Gayle McEwen and Alex Greenwood
2 contributors
Like

Koalas are susceptible to neoplasms, which are related to infection with the Koala retrovirus. Here, the authors use DNA sequencing to show that the retroviral insertion sites cluster near known cancer genes and demonstrate a high mutational load associated with the germline invasion of the virus.

Retroviruses reverse-transcribe their RNA and integrate it into the chromosomal DNA of a host. They are associated with a wide variety of cancers in mammals and can either induce cancer rapidly by transducing host oncogenes, or at a slower rate by dysregulating the expression of host oncogenes.  Most examples of cancer caused by retroviruses are due to infection of somatic host cells by exogenous retroviruses.  For slowly-transforming retroviruses, the virus can be sporadically transmitted to other individuals but the specific mutations that lead to host gene dysregulation and cancer are unique to each individual.

However, retroviruses occasionally infect the germ cells of a host. Infected progeny carry proviral copies in every cell and these integrations can be passed on in situ to future generations.  This has happened many times throughout the evolutionary history of vertebrates, as is evident from the large numbers of endogenous retroviruses (ERVs) present in mammalian genomes.   In the majority of cases, these germ line infections occurred many millions of years ago and the resulting ERVs are now degraded, inactive and no longer have major negative effects on host health.

But what happens during the early stages following germ line infection, when proviral copies remain identical or highly similar to the original exogenous virus? Before the activity of the virus is attenuated it will retain the ability to propagate and reintegrate, inflicting further mutations on the host. The host population is likely to suffer from detrimental health effects, including increased cancer rates. A germ line infection is the beginning of a complex and dynamic evolutionary process, where the conflict between virus and host must be resolved to mitigate any negative health effects on the host. Luckily for mammals this process is rare, but this means that there are few examples of mammals that are currently experiencing the very early stages of retroviral germ line invasion in which to study this process or its consequences on host health.

The koala (Phascolarctos cinereus) provides a model for studying the effects of a very recent germ line infection, including the hypothesised link between retroviral endogenisation and cancer, in a wild, large-bodied mammal.  Germ line infection by the koala retrovirus (KoRV) likely occurred within the past 50,000 years, a blink of the eye in evolutionary terms, representing one of the youngest germ line invasions observed in mammals. Koalas currently face multiple environmental and health problems which threaten their survival, including a very high prevalence of tumours and cancer. The connection between endogenous KoRV and cancer has so far remained correlative.

The location of KoRV integration sites (IS) in the koala genome could provide clues to its potential role in neoplasms so we developed an accurate and robust method utilising long read sequencing to detect KoRV IS.  In 10 wild koalas suffering from neoplasms, we comprehensively detected KoRV IS in both healthy and tumour tissues in each individual.  This allowed us to detected new somatic KoRV integrations present in tumour tissue but not present in healthy tissue and these were found to be significantly associated with genes involved in cancer, particularly lymphomas which are the most common type of neoplasm in koalas. This association likely reflects the clonal expansion of cells that contain new KoRV IS which facilitate their growth and survival. We measured the expression of some cancer-associated host genes containing these tumour-specific IS and found that host gene expression can be affected.

Infection by retroviruses that have transduced host oncogenes result in much more rapid cellular transformation and higher rates of cancer.  In one koala, we detected a KoRV provirus which has transduced a host gene, BCL2L1. This gene was found to have greatly increased expression (>500 fold) in the affected koala; over-expression of this gene has been found to play a pivotal role in invasion of various malignant neoplasms in other species. The presence of a transforming virus that could potentially be transmissible (given that all northern koalas harbour intact copies of KoRV that could act as helper viruses) is concerning for koala conservation efforts. Further studies into the transmissibility of this transforming virus are needed.

KoRV integration sites were also found to cluster in certain regions of the genome, where multiple independent IS (both ERVs and somatic IS) were detected across multiple koalas.  These hotspots were found to contain genes associated with cancer (e.g. AHI1, MYC, MYB, PPFIBP1, SPOCK1). We find that some of these hotspots also contain genes where increased expression may be beneficial for the host (e.g. CLYBL, a gene involved in vitamin B metabolism).

Our data not only allows links between KoRV and cancer to be investigated, it also gives a unique insight into the distribution and spread of KoRV in the northern koala population. Overall, each koala harboured ca. 80 - 100 endogenous KoRV proviral integrations in their germ line, none of which are fixed across the koala population. Most endogenous KoRV integration sites (80%) are unique to each individual in this study reflecting the very early stage of KoRV endogenisation, showing that endogenous KoRV has rapidly expanded and accumulated within the northern koala population. Endogenous KoRV IS that are shared among koalas reflect the geographic proximity of the koalas. We also found evidence to suggest a possible KoRV-mediated predisposition to tumours where koalas containing KoRV IS in UTRs of genes associated with specific cancers  are affected by similar types of cancer.

Obtaining samples from vulnerable wildlife species is difficult, and we had to use the limited number of samples that were available.  However, despite the small number of individuals in our study, the data contained a wealth of information which allowed us to go further than our initial aim of investigating whether new KoRV IS were present in tumour tissues.  Using PacBio sequencing was a big factor in being able to robustly detect IS and also allowed us to detect anomalies such as the transduced oncogene. We aim to generate data for a larger number of koala samples to continue to  investigate the link between KoRV and cancer, and also to uncover more detailed information about the mechanisms by which KoRV proviruses are degraded and deactivated (e.g. through recombination) and  to investigate links between KoRV and other endemic koala diseases (e.g. chlamydia).

Germline invasions have been repeatedly experienced during vertebrate evolution and have shaped vertebrate genomes, including the lineage leading to modern humans. Any detrimental health effects including high rates of cancer must first be endured and overcome to ensure species survival. The koala finds itself in a race to survive the effects of KoRV long enough for the virus to become degraded and inactive. Considering the many threats to koalas, it is a race they need to win.

Head of Department, Leibniz Institute for Zoo and Wildlife Research 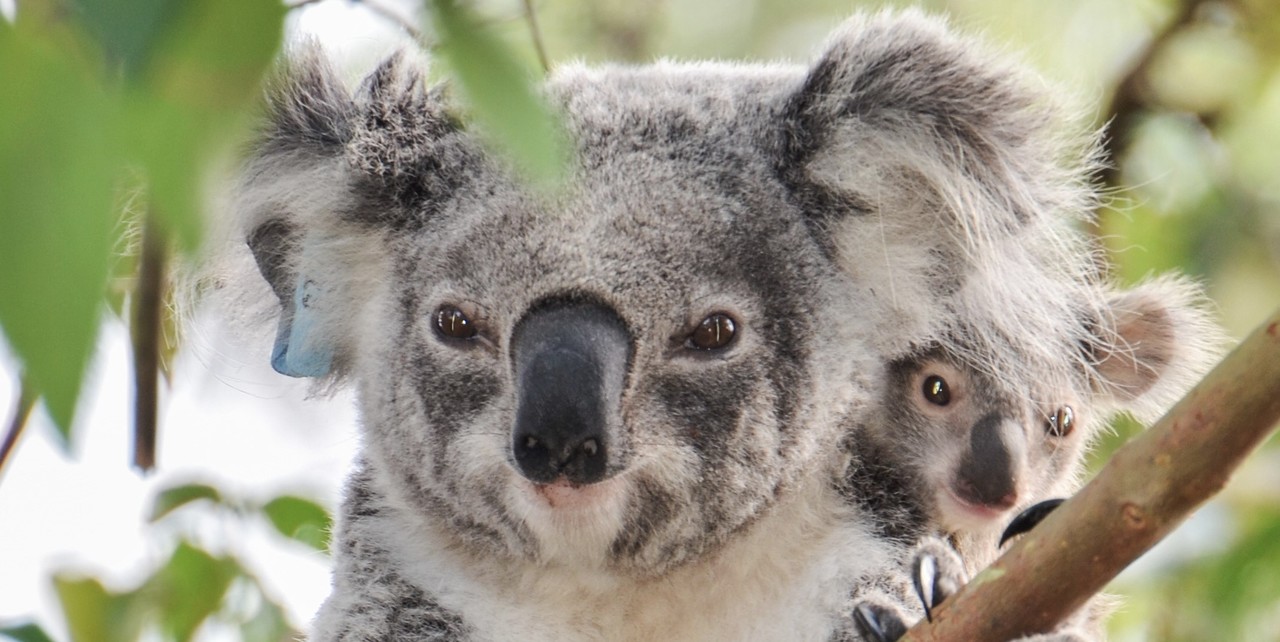 Koalas are currently in the early stages of germ line invasion by a retrovirus and are affected by high cancer prevalence. By investigating this retroviral invasion at the genomic level we uncover links between proviral integrations and host cancer genes.