One of my research interests is the role of EZH1 in EZH2-deficient hematopoiesis. We have examined it using hematopoietic cell-specific deletion of Ezh1 and Ezh2 in mice (Figure1 and 2). EZH2 is the primary enzymatic component of polycomb repressive complex 2 (PRC2) catalyzing histone H3 lysine 27 tri-methylation (H3K27me3) to repress the transcription of its target genes. Previously we demonstrated that hematopoietic cell-specific deletion of Ezh2 (Ezh2Δ/Δ) predisposes mice to develop heterogeneous malignancies including myelodysplastic syndrome (MDS) with mild anemia1. EZH1 is a paralog of EZH2, which is the sole enzyme for H3K27me3 in Ezh2-deficient mammalian cells. The activity of EZH1 is much weaker (roughly 20-fold) than that of EZH2 as a PRC2 enzymatic component2. Consistent with this, Ezh1-/- mice exhibits only limited phenotypes. However, homozygous deletion of Ezh1 in Ezh2-deficient mice (Ezh1-/-Ezh2Δ/Δ) exhausted hematopoietic stem cells, showing that Ezh1 is indispensable for hematopoiesis in Ezh2 deficiency1. Furthermore, we showed that Ezh1+/-Ezh2Δ/Δ mice could maintain HCS with a limited amount of H3K27me3. Using RNA-sequencing (RNA-seq) and ChIP-seq, we characterized the genes marked with H3K27me3 in Ezh1+/-Ezh2Δ/Δ Lin−Sca-1+c-Kit+(LSK) cells and defined them as “Ezh1 core target genes”, which are needed to be repressed by H3K27me3 for maintenance of HSCs3.

It is surprising to me that Cdkn2a was de-repressed in Ezh1+/-Ezh2Δ/Δ erythroblasts, because Cdkn2a is one of “Ezh1 core target genes”, which are repressed in Ezh1+/-Ezh2Δ/Δ LSK cells. Given that Cdkn2a is not de-repressed in megakaryocyte-erythroid progenitors as well as in LSK cells in Ezh1+/-Ezh2Δ/Δ mice 4, there might be an erythroblasts-specific mechanism for regulating Cdkn2a expression that involves Ezh1 in Ezh2 deficiency. To elucidate this mechanism is important for better understanding PRC2-insufficient dyserythropoiesis. Other epigenetic marks may play a key role, since “Ezh1 core target genes” are also marked with H3K4me3 and histone H2A lysine 119 mono-ubiquitination (H2AK119ub1) in Ezh1+/-Ezh2Δ/Δ LSK cells 3. In this study, we could not obtain erythroblasts from human MDS patients. The analysis using patient’s erythroblasts would be helpful for the further study. Finally, I gratefully acknowledge the work of all authors and collaborators. Especially, I would like to thank Daisuke Shinoda, another first author taking over this project, for his hard work under the difficult situation due to the laboratory relocation and the COVID-19 pandemic. I also thank Yumi Takeda-Aoyama for providing great illustrations. 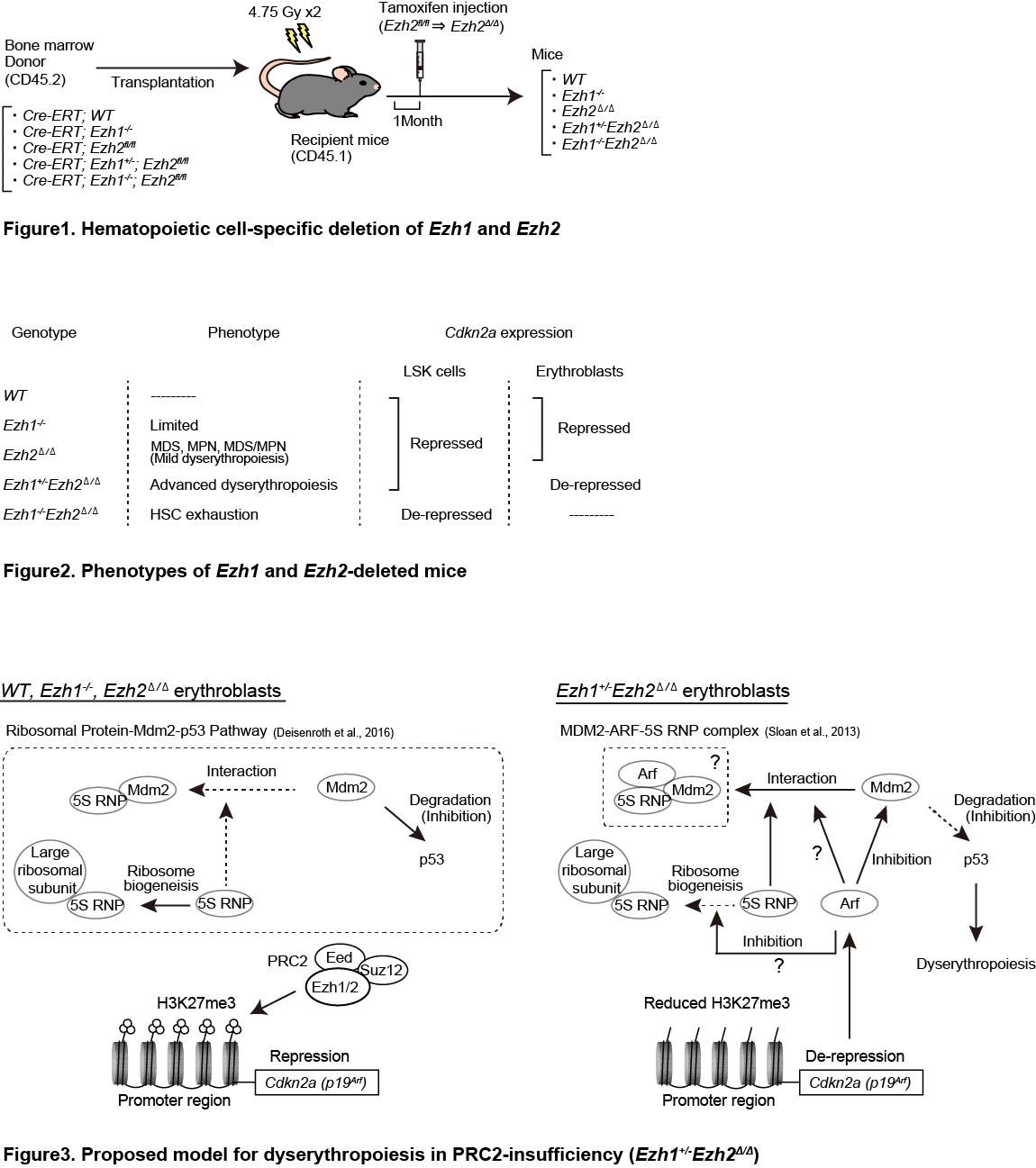 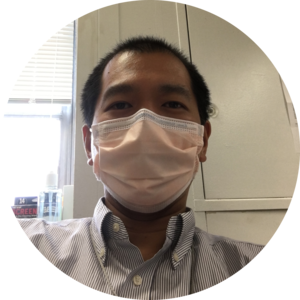