Menu
A community from npj Precision Oncology
Contributor
Behind the Paper

Oxidative stress is related to ageing and degenerative diseases, including cancer. Reactive oxygen species (ROS) including superoxide (O2−), hydrogen peroxide (H2O2) and hydroxyl radical (OH−) are highly reactive and able to modify all kinds of biomolecules in the cell. However, during the last decades it has been determined that a moderate production of ROS may be required for the control of cellular signaling and gene expression1.

Several studies demonstrated that chronic lymphocytic leukemia (CLL) cells have increased mitochondrial biogenesis2 and ROS production as compared to normal B cells and that, high levels of ROS have been detected in more aggressive CLL cells3. In the present study, we deciphered the mechanism of ROS regulation in CLL cells. We detected significantly lower levels of O2¯ with increased accumulation of H2O2 in CLL cells as compared to normal B-cells, suggesting a rapid conversion of O2¯ into H2O2 by the mitochondrial superoxide detoxification enzyme SOD2 which likely remained as a highly active enzyme in CLL cells. Acetylation of SOD2 at K68 residue significantly reduces its activity while SIRT3, a class-III histone deacetylase, binds to, deacetylates and activates SOD2. We detected a marked reduction of acetylated-SOD2 levels in CLL cells indicating its constitutive enzymatic activity and that, SIRT3 remained overexpressed, albeit at variable levels. The enzyme catalase which breaks down H2O2 into water and molecular O2, we detected, was reduced substantially in CLL cells likely, causing accumulation of H2O2. Thus, to unravel the mechanism of catalase downregulation in CLL cells we studied its promoter region. Interestingly, we identified two CpG-islands in the catalase promoter and discovered that while the distal CpG-island (-3619 to -3765) remained methylated in both normal B-cells and CLL cells, variable degrees of methylation were discernible in the proximal CpG-island (-174 to -332) only in CLL cells, resulting in reduced catalase expression.

The question was then how CLL cells could survive in such a toxic environment containing increased level of H2O2 than normal? It is now well-established that H2O2 acts as a second messenger for signal transduction and signal amplification. Indeed, our findings suggested that AXL cell survival signaling pathway remained highly sensitive to H2O2 accumulation in CLL cells. A subtle increase of H2O2 robustly activated AXL and its downstream targets, FGFR, AKT and ERK1/2 but not other receptor tyrosine kinases like IGF1Rβ, c-MET or the BCR pathway. Of note, normal B-cells do not express AXL or at a notable low level4. Thus, given our findings (Model) we believe that generation of high level of superoxide anion may be detrimental to the cells, while low level accumulation of H2O2 may play a vital role to prolong cancer cells’ survival in toxic environment such as in CLL cells. 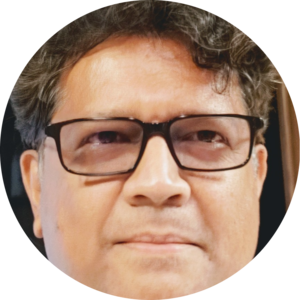