Using a canine transmissible cancer as an unusual model for studying mitochondrial dynamics, we show that one mitochondrial haplotype has recurrently entered cancer cells and appears to have a ‘selfish’ selective advantage.

“Contagious cancer? Oh, you mean it’s transmitted by a virus…” This is a common reaction when I start talking about the canine transmissible venereal tumour (CTVT), a transmissible cancer which I have been fascinated by ever since I learnt that this cancer is in fact a contagious disease1-3. CTVT is one of those few cancers which are passed between individuals by the transmission of the living cancer cells themselves. After arising in a single dog living a few thousand years ago1,3-5, this cancer survived beyond the death of that animal by transmission of living cancer cells which have since spread through the dog population (Figure 1A). Hopping from a dog to dog, this cancer is transmitted by mating and affects dogs worldwide6. It starts as a small nodule but can form ghastly tumours on the external genitalia of the affected dogs (Figure 1B).

Apart from being a very unusual biological phenomenon, CTVT has yet another oddity – it occasionally steals mitochondria from its host dogs, possibly to sustain this long-lived cancer lineage7. Our story at the Transmissible Cancer Group, University of Cambridge led by Professor Elizabeth Murchison began a few years ago, when we started investigating the frequency of this mitochondrial horizontal transfer in CTVT. After sequencing and analysing mitochondrial genomes of 539 CTVT tumours from over 40 countries around the world, we found that this cohort of CTVTs had apparently captured mitochondria from its hosts 5 times, delineating 5 individual mitochondrial clades8. Each of these captures involved a different mitochondrial haplotype (simple schematic of the mitochondrial tree is shown in Figure 2A).

Using mitochondrial genetic variation, we were able to track CTVT’s history – but only up to the point when each mitochondrial horizontal transfer happened, the oldest of which occurred 1,000-2,000 years ago8. We therefore turned to analysing the nuclear genomes with the goal to understand the full history of CTVT and the relationships between these mitochondrial clades5 – which is where the recent Nature Communications study story began9. We expected to see the mitochondrial clades each clustering on their own branches of the nuclear tree (constructed using exome sequences from the same set of samples) (Figure 2B). And this was indeed what we saw for most of the clades.

We were astonished, however, that a single mitochondrial clade did not cluster on a single branch – the ‘green’ clade clustered on eleven independent branches (Figure 2C). There could be no other explanation but that the ‘green’ mitochondrial haplotype had been captured by CTVT cells eleven times independently, rather than just once as we originally thought based on the mitochondrial tree – thus being highly over-represented for CTVT mitochondrial capture compared with its frequency in the dog population9. What a shocking finding this was for us! What is it about this ‘green’ mitochondrial haplotype, named A1d1a, that so significantly increases its frequency of capture? What makes it advantageous? And why did all the captures apparently happen so recently, in comparison to other clades? This was a major turning point in our research that led our transmissible cancer-focused lab down the path of digging deeper into the mitochondrial dynamics of CTVT.

The study took us on an exciting journey that enabled us to observe the behaviour of two types of mitochondria juxtaposed in a single cell. Genetic analysis of A1d1a mitochondria revealed the presence of an insertion at position 16660 of the mitochondrial DNA (mtDNA), which may reduce transcription of mtDNA-encoded genes. Moreover, this insertion proved to be fixed in the products of an A1d1a recombination event and occurred somatically on other CTVT mtDNA backgrounds. Given that transcription and replication are coupled in mtDNA10,11, we proposed that A1d1a mitochondria - in contrary to original expectations - win the race through a ‘selfish’ replicative advantage - by replicating more efficiently - rather than by providing a functional advantage.

Although we started off by studying the mitochondrial genetic diversity of CTVT, our project took a turning point that has taken us deeper into mitochondrial dynamics. Apart from providing insights into the characteristics enabling the spread of this cancer that has ‘metastasised’ on a global scale, this work proved to be of much broader importance. This exciting finding contributes towards understanding the competitive dynamics of mtDNA, which is crucial for advancing knowledge of mtDNA genetic disease and assessing the risks of therapeutic mtDNA transplantation in human embryos. Although CTVT is an unusual model for studying mitochondrial dynamics, it proved to be a valuable tool for approaching this topic from a novel angle.

This is a story of bridging the transmissible cancer and mitochondrial fields, and we are extremely grateful to our collaborators at the University of Gothenburg and at the MRC-Mitochondrial Biology Unit, University of Cambridge. We thank all the veterinary collaborators for collecting samples of CTVT tumours, without which this work would never be possible.

Link to the Nature Communications study 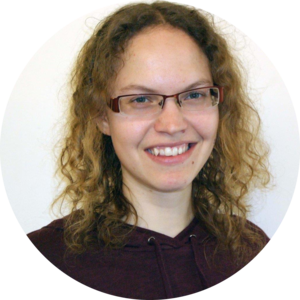