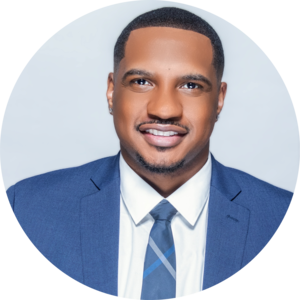 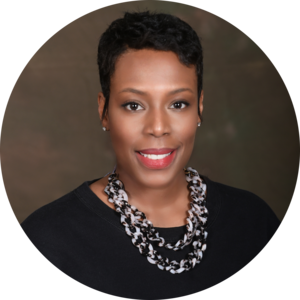 Our laboratory has had a longstanding interest in pro-tumorigenic oxidative stress (OS) in the tumor microenvironment (TME) and its subsequent impact on tumor cell motility translating to metastasis in the human system. In this study, we’ve expanded our investigation of OS in the TME to understand how tumor cells survive OS events that are regarded for inducing cell death. Previous work from our lab demonstrated that ROS accumulation permitted AKT and CXCR4-mediated functions through PTEN catalytic inactivation1, which prompted us to ask the question: How do tumor cells thrive in OS environments?

Originally, we observed that serum deprivation “pre-conditioned” tumor cells for tolerance and continued survival to exogenous hydrogen peroxide (OS model) compared to cell lines cultured in serum. Next, we observed that serum-deprived prostate cancer cell lines (PCa; PC3 and DU145) significantly remained viable upon exposure to hydrogen peroxide (H2O2), whereas H2O2-exposed cell lines cultured in serum were apoptotic. Cells deemed viable during OS intriguingly displayed a quiescent phenotype and generated intracellular ROS. Likewise, utilizing numerous biochemical assays, we also observed nuclear trans-localization of nuclear factor kappaB (NFκB; RelA/p65) which is well regarded in literature and correlates with a transition to a quiescent phenotype to protect tumors from environmental stress. Likewise, in our case, it may be the synergistic effort initiated by nutrient deprivation, which protects tumor cells from downstream stress. Finally, we observed starved, quiescent, and yet viable cells down-regulated expression of the tumor suppressor, Retinoblastoma (pRb), concordant with nuclear accumulation of p27kip1, a quiescent marker2. Transiently silenced NFκB via siRNA restored apoptosis in serum-deprived cells exposed to H2O2, as well as inhibition of a quiescent phenotype with two chemical antagonists targeting the quiescence inducer, Mirk/Dyrk1b kinase: AZ191 and NCGC00185981-05/ML195.  As such, we did not observe a distinct NFκB nuclear trans-localization

Initially, we hypothesized that PCa cell lines would become adapted to OS. However, we discovered an interesting phenomenon in LNCaP prostate cancer cells (PCa), which demonstrated poor tolerance to OS when starved. These results were a surprising interpretation as the functional wild-type p53 status protects cells from stress in literature3. Investigating the involvement of p53-mediated survival during stress creates an opportunity for exploration.

Nutrient withdrawal frames tumor cells for a quiescent pre-conditioning with subsequent protection from OS, and facilitate long-term survival during unfavorable conditions, the onset of therapeutic-induced stress, resistance to therapies, poor access to the vasculature, and/or tumor repopulation4. Conversely, healthy, non-diseased epithelial cells trigger quiescence pathways to shield them from stress5. Therefore, it is plausible that the most malignant subpopulation of tumor cells repurpose this mechanism to endure the TME6. Literature details how non-proliferative/quiescent cells are infamously challenging to treat and characterize for therapeutic targeting7. Yet, the full phenomenon of tumor cell adaption to OS via quiescence, coordination of stress response signaling, quiescence pre-conditioning, and immune evasion in solid tumors remain unclear. Therefore, our study reveals a mechanism for cells to endure stress, and possibly, OS from innate immunity.

I'm a 5th year Ph.D. candidate in the Department of Biological Sciences at Clark Atlanta University. I conducting my doctoral studies in the lab of Cimona V. Hinton, Ph.D. My research investigates how nutrient deprivation within solid tumors initiate adaptive survival mechanisms in cancer cells to facilitate survival in response to oxidative stress. Additionally, I have contributed and is currently contributing to other projects in the lab including cannabinoid receptor signaling, tumor microenvironment, and recently, drug discovery.
Follow