Acquired platinum (PT) resistance is one of the major causes of poor prognosis in epithelial ovarian cancer (EOC). Here, we report a new role for SFPQ/p54nrb complex in protecting EOC cells from PT-induced apoptosis, that contributes to PT-resistance,via SRSF2 activity modulation.

It is defined "the silent killer". It is difficult to detect at early stages and easily develops chemoresistance. The scenario seems not to be easy, but try to deepen our knowledge in Epithelial Ovarian Cancer (EOCs) progression is like adding another piece to the puzzle. In particular in our lab  (G. Baldassarre's lab, Division of Molecular  Oncology, CRO National Cancer Institute, Aviano, Italy) we want to understand the acquired resistance to Platinum (PT) compounds, which represent the backbone of first-line chemotherapy in EOC and also occupy an integral role in the management of relapsed ovarian cancer. To identify new possible targets, by a functional genomic shRNA screening we identified, among the others, SFPQ (Splicing Factor Proline and Glutamine Rich) as a key mediator of PT-sensitivity in EOC. SFPQ is a multifunctional nuclear protein (belonging to DBHS protein family) first identified as a splicing factor, that participates in several cellular activities including regulation of transcription, apoptosis and DNA repair.

A really strong phenotypic effect, given by SFPQ silencing, caught our attention. After few days, in basal conditions, silenced cells reduced dramatically their growth capability, leading finally to cell death. But is it reduced growth capability or increased cell death? Some literature evidences indicate SFPQ involvement in the control of apoptosis, supported also by our gene expression profiling, Western Blots and FACS analysis results. A remarkable number of transcripts encoding for proteins involved in the apoptotic pathway are subjected to alternative splicing, eventually leading to the expression of proteins with opposite functions, either pro- or anti-apoptotic. Things became clearer when we observed that long term SFPQ silencing increased, in particular, the ratio of pro/anti apoptotic form of caspase-9, favoring cell death, and this is more pronounced after PT-treatment. At this point, we decided to push for a more detailed mechanism.

From literature we know that basal and PT-induced caspase-8 and -9 activation is regulated by the splicing factor SRSF2. However SRSF2 silencing increased EOC cells survival under PT exposure...SFPQ and SRSF2 are like Dr Jekyll and Mr Hyde of the apoptotic pathway! Moreover SFPQ works mainly with a preferential binding partner...let's get a look also to p54nrb! Trying to figure things out... SFPQ silencing induces cell death, while SRSF2 makes exactly the opposite, caspase-9 is regulated by both these factors in the balancing of pro and anti apoptotic isoform...do they compete somehow for this substrate? Some experiments permit us to untangle this complexity. In RNA immunoprecipitation experiments, the SFPQ/p54nrb complex prevented the binding of SRSF2 to Caspase-9 RNA and competition experiments showed that the relative levels of SFPQ and SRSF2 determined the expression of pro- and anti-apoptotic alternative spliced forms of caspase-9 in PT-treated cells.  Our data, showed that ovarian cancer cells with modified expression of the splicing regulators SRSF2, SFPQ or p54nrb are differentially sensitive to PT-induced death. Interestingly, the fact that SFPQ is well expressed in primary EOC human samples (thanks to our institutional Biobank) and its expression increased in samples from PT-exposed and PT-resistant patients, support the possibility that SFPQ plays a role during cancer progression.

Increasing evidences suggest that alternative splicing  plays a key role in cancer progression and that targeting the splicing factor activity in cancer is a feasible strategy. Due to its crucial role in cell survival, we know that the direct targeting of SFPQ seems not a pursuable strategy in patients. However, our data support the possibility that targeting p54nrb could represent an alternative and more specific way to improve PT effectiveness, especially to overcome PT-resistance in EOC patients, for whom new therapeutic options are urgently needed. 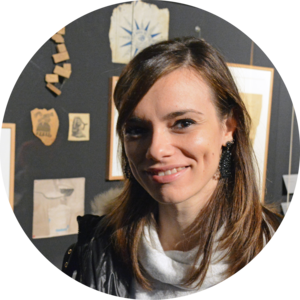