Shining a spotlight on race & ethnicity in systemic AL amyloidosis

With an increasingly more diverse profile of patients diagnosed with AL amyloidosis, there is a need to better understand how this unique disease may affect various patient groups differently. 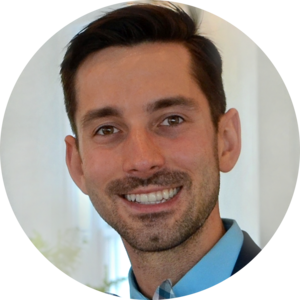 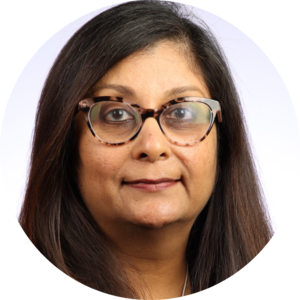 Recent protests across the United States, prompted by a series of Black American deaths at the hands of police and compounded by a global pandemic, impel us to reflect critically on systemic injustice in society and health. Racial & ethnic inequalities are pervasive within the field of cancer. Multiple myeloma, for example, has striking differences in risk according to race & ethnicity. It represents the most common hematologic cancer among Black Americans with an incidence rate that is over twofold higher than that observed among White Americans1-2.

What is AL amyloidosis?

Systemic AL amyloidosis is a protein misfolding disease in which immunoglobulin light chains, derived from abnormal plasma cells in the bone marrow, aggregate and deposit in various organs. This severe illness is closely related to—and occasionally overlaps with—multiple myeloma. One would postulate that, like multiple myeloma, AL amyloidosis may disproportionately affect Black Americans.

During my time practicing as an internist at a major center of excellence in amyloidosis, I observed however that the vast majority of patients were White Americans, who had the means to travel from great distances for evaluation and care. When particular patient groups are underdiagnosed or unable to access referral centers, it creates the potential to limit our understanding about a disease and contribute to health disparities. This becomes especially pronounced for rarer diseases like AL amyloidosis, since large population databases to learn from—apart from referral centers—are nonexistent.

The Amyloidosis Center at Boston University School of Medicine is unique in that it is housed within the largest safety net hospital in New England. Although there is an apparent dichotomy of patient profiles between the Amyloidosis Center and the adjacent primary care clinic where I trained during my medical residency, the racial & ethnic composition of patients seen at the Center is changing. Underrepresented minorities with AL amyloidosis, many of whom are diagnosed at the local safety net hospital, represent a growing portion in recent years3.

Our study on disparities in AL amyloidosis:

Our study published in Blood Cancer Journal examines differences in the health of patients with AL amyloidosis according to self-reported race & ethnicity. Among over 2,400 patients seen during a 30-year period, only 14% were underrepresented minorities—considerably lower than in the general population. Diagnosing AL amyloidosis entails awareness by healthcare providers and pursuance of tissue biopsy. Its clinical manifestations, such as structural heart changes, nephrosis, and neuropathy, can mimic common disorders like hypertension and diabetes mellitus. Because these other conditions are more prevalent among certain racial & ethnic minority groups, awareness of AL amyloidosis is especially important in marginalized communities.

Despite similarities in the clinical manifestations of AL amyloidosis, we observed younger age of onset and more severe illness among racial & ethnic minorities. Proportionately, fewer minorities underwent aggressive treatment with stem cell transplantation compared to non-Hispanic Whites. This difference was largely explained by lower educational level and more advanced heart disease, rather than race & ethnicity itself. The findings indicate that, in order to mitigate disparities, earlier disease detection and efforts to reduce economic and/or language barriers are key. After controlling for disease severity and treatment, race & ethnicity did not independently impact survival.

It is time to seize the opportunity to address historic inequalities in the diagnosis and treatment of rarer diseases like systemic AL amyloidosis.