Hydroxyurea (HU) is an antimetabolite disrupting the DNA replication process of malignant cells by inhibition of the ribonucleoside diphosphate reductase. HU has a very long history since it was synthesized already in 1869 and has been firstly approved for medical use by the Food and Drug Administration (FDA) in 1967 to control proliferation of solid tumor and chronic myeloid leukemia cells. In the years and decades after first approval, the use of HU expanded to BCR-ABL1 negative myeloproliferative neoplasms (MPN) and also to patients with non-malignant sickle cell anemia (SCA).

Regarding SCA, HU has been approved by the FDA in 1998 for use in adults and in 2017 for children. Although the doses of HU used in SCA and MPN patients are comparable with 20 mg/kg/day, only few side effects are reported in SCA even during long-term use. One reason may be that in case of mild or moderate toxicity (e.g. nausea, hair thinning, or darkening of nail beds), the dose of HU can be reduced early in SCA. Other reasons that more severe side effects become usually not treatment limiting may be younger age, different ethnic origin, and absence of genetic instability. In contrast to SCA, the potential risk of HU to augment leukemic transformation in chronic phase MPN is still under debate.

In many years of our practice, we observed that HU associated adverse events affecting mucosa and skin (CAE) may be underestimated and underdiagnosed in MPN patients. Reported data were so far mostly derived from retrospective studies estimating that HU associated CAE occur in about 5% of MPN patients. We therefore hypothesized that the number of CAE is higher during prospective observation and evaluated 172 MPN patients during treatment with cytoreduction over a median time of 3.2 years. In our study, we determined not only the type of CAE but also considered the median treatment time and the cumulative dose of the respective drug until the occurrence of an event.

In this prospective setting, CAE appeared in more than one half of the patients (55.2%) under HU after a total median treatment time of 4.5 years, whereas CAE in non-HU treated patients were seen in only 4.3%. The clinically most relevant CAE associated with HU were (muco-) cutaneous ulcers in 25.0%, precancerous lesions in 16.7%, and local skin cancers in 6.7% of patients. The median cumulative HU dosage until occurrence of CAE was 1533 g. Furthermore, HU treatment was more frequently terminated than non-HU treatment due to CAE (19.8% vs. 0.9%).

Since the overall CAE incidence associated with HU was 12.5% per 100 patient years, our study clearly indicates that CAE associated with HU are so far underestimated in MPN management. We conclude that physicians and patients need to be better informed about HU associated CAE. In clinical practice, patients under HU treatment should be advised about prophylactic measures such as UV light protection and the usefulness of regular dermatologic controls to lower the incidence of CAE and to enable early recognition of skin toxicity. 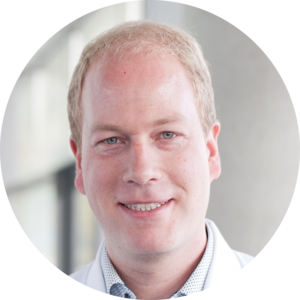