+1
Sean Egan and 1 other View all
Senior Scientist/ Professor, The Hospital for Sick Children/University of Toronto
Follow 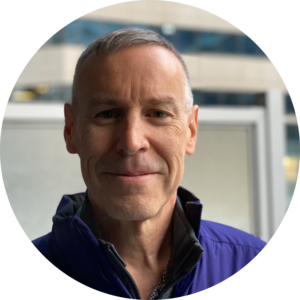 The most common mutational events in breast cancer (BC) involve chromosome arm losses and gains. For example, hemizygous loss of 8p, 17p and 16q occur in ~50-60% of breast tumors.  Despite this, most genetic research has historically focused on identifying focal mutations, amplifications and deletions associated with BC development/progression.  Such efforts have highlighted recurrent focal mutations in 99 distinct dominant oncogenes and recessive tumor suppressors. One reason that so few people study chromosome arm loss events is that they typically involve hundreds of genes, perhaps each promoting cancer in a very subtle way.  In this case, haploinsufficiency cannot easily be identified using one-gene-at-a-time analysis.  In addition, some haploinsufficient tumor suppressor gene may only play biologically-relevant roles in specific contexts (e.g. in conjunction with a specific driver mutation). Mobilization of synthetic Sleeping Beauty (SB) transposons represent a powerful approach for the generation of single allele loss-of-function mutations. Indeed, SB has been applied with great success to the discovery of cancer-associated genes in mouse tumors from many tissues.  In our study, we activated SB mobilization in the mouse mammary gland from 8 different genetically engineered mouse models of BC, each with a distinct predisposing driver transgene or mutation linked to breast cancer in humans (Pik3caE545K, Pik3caH1047R, Trp53R270H, K-RasG12D, Notch1ICD, Stat3C, Elf3 and Lfng-/-).  In doing so, we generated over a thousand mammary tumors with multiple different initiating driver events.  Analysis of gene centric Common Insertion Sites (gCIS) in each cohort revealed strong selection for driver-specific target genes.

Inspired by the pan-cancer genome project in humans, we identified 96 gCIS which were not identified in driver-specific cohorts. For example, genes coding for Mediator complex subunits (Med13 and Med13l) were frequently disrupted.  map to chromosome 17q23.2 and 12q24.21 respectively, Indeed, genes coding for other Mediator subunits were identified in driver- and histology-specific cohorts (Med26 and Med28).  Ppp3ca, which encodes a catalytic subunit of the Calcineurin phosphatase, showed single allele disruption in a total of 48 tumors. maps to chromosome 4q24 Genes coding for proteins involved in processes including but not limited to RNA metabolism were also identified.

A link between specific driver pathways and breast cancer histology has been known for many years now.  Therefore, to identify gCIS associated with specific mammary tumor histologies, we separated tumors into five distinct histological subtypes (Adenosquamous carcinomas, Papillary tumors, Poorly differentiated adenocarcinomas, Spindle tumors and Squamous tumors).  Insertion site data was then reanalyzed to identify gCIS associated with each histotype.  312 gCIS were identified in this way, 136 of which were not seen when tumors were analyzed as part of driver-specific cohorts or as one large cohort. As with driver-specific cohorts, most gCIS identified on the basis of tumor histology were found in only one cohort.  Wnt and Notch signaling pathways were activated in distinct tumor types.  Interestingly, these pathways coordinate development of many tissues and both have been implicated in mammary gland development and breast cancer.  While Wnt signaling regulates basal cell fate specification and mammary stem/bi-potent progenitor cell maintenance, Notch plays an important role in luminal progenitor maintenance/luminal cell differentiation.  gCIS analysis of histology-based cohorts highlighted a link between Wnt signaling and squamous differentiation, as well as between Notch signaling and papillary histology. These finding were confirmed in double transgenic mice, where both pathways were found to cooperate with mutant Pik3ca, but to induce tumors with the predicted distinct histology. To test the idea that Notch and Wnt function antagonistically to dictate mammary tumor histology, we sought to reduce Notch signaling in the context of PI3K-induced mammary tumor formation.  Indeed, as with PI3K+Wnt, the majority of mammary tumors that formed in Pik3cagain-of-function/Notch1loss-of-function mice were squamous.  While Pik3caH1047R cooperated with Notch1loxP/loxP to decrease tumor latency, Pik3caE545K did not.  Thus, in mammary epithelium, Notch1 can function as an oncogene in cooperation with Pik3caE545K and Pik3caH1047R, but as an allele-specific tumor suppressor in cooperation with Pik3caH1047R.  The reason for allele specificity with respect to Notch1 tumor suppressor gene function in this context is unclear.  However, the lack of cooperation between Notch1 gene loss and expression of Pik3caE545K does not appear to affect the ability of Notch1 deletion to skew tumors towards a squamous fate, revealing a separation between the ability of alterations in the Wnt/Notch signaling axis to promote transformation and influence tumor histology.  In addition, the striking difference between Pik3caE545K and Pik3caH1047R in this assay is consistent with the very different list of gCIS identified in our SB screen for each allele.   Thus, our results support the notion that elevated Notch1 signaling drives tumor cell differentiation towards the luminal fate, whereas decreased Notch1 signaling or elevated Wnt signaling promotes tumor differentiation towards a more basal, skin or pluripotent fate.

Functional genomic screens with SB, unlike screens using viruses like MMTV, involve mobilization of tens to hundreds of insertional mutagens (transposons) within each cell.  As a result, this system has the potential to uncover or identify combinations of hemizygous loss-of-function mutations that cooperate in transformation. One pair of gCIS that co-occurred at a higher than expected frequency was Nf1 and Trps1.  To directly test for cooperation between hemizygous loss of both genes, we crossed mice with Nf1 and Trps1 mutant alleles to Pik3caH1047R transgenic mice.  While neither Nf1 and Trps1 demonstrated haploinsufficient tumor suppressor activity on its own, they did when combined with each other and with Pik3caH1047R.  Thus, Nf1, which shows hemizygous loss in ~25% of human BCs, is a conditional haploinsufficient TSG gene (cooperating with activated Pik3ca on a Trps1+/- background).

A relatively low level of overlap between genes identified in our screen and the 99 genes identified as focal recurrently mutated, amplified or deleted genes is almost certainly related to selection for genes that promote mammary tumor formation when hemizygous. To put candidate hTSGs from our screen in context, we mapped their counterparts in the human genome. Importantly, many map to chromosome arms showing hemizygous loss in approximately half of human breast tumors. Specifically, we identified 22 orthologues of gCIS from our screen that mapped to 16q, 15 that mapped to 17p and 12 to within regions of 8p that are commonly lost.

Literature-based analysis of gCIS identified in our screens revealed selection for mutations affecting either the initiating oncoprotein or processes/proteins regulated by this protein.  Indeed, selection for insertions into genes affecting either the initiating oncoprotein or its direct downstream targets was particularly obvious in Trp53R270H, K-RasG12D and Stat3C cohort tumors.  For example, in the case of Trp53R270H, mutations that enhanced mutant, rather than wildtype, p53 function seemed to be selected for. In K-RasG12D tumors, mutations that increase the level of available K-Ras-GTP, either through activation of GTP loading or loss of non-productive K-Ras-GTP:Gap protein interactions were selected for, as were mutations that appear to promote availability of specific effector complexes. Finally, gCIS were identified that control or respond to Jak/Stat signaling in Stat3C cohort tumors, perhaps generating a specific ratio of tyrosine phosphorylated Stat3 (and Stat5) dimers, Stat3 monomers (which function together with NF-kB) and mitochondrial Stat3 complexes. Likewise, synergistic cooperation between mutations on the same pathway was demonstrated for Pik3ca.

In conclusion, as SB screens create a massive number of insertional mutations, it becomes possible to identify a host of haploinsufficiencies that enhance tumor growth.  Indeed, we have identified 1089 gCIS from transposon-based screens in 8 mouse models of BC.  Some gCIS are driver-specific, others driver non-specific, and still others associated with tumor histology.  Processes affected by driver-specific and histology-specific mutations include well-known cancer pathways. Driver non-specific gCIS target the Mediator complex, Ca++ signaling, Cyclin D turnover, RNA-metabolism among other processes.  Most gCIS show single allele disruption and many map to genomic regions showing high-frequency hemizygous loss in human BC including the TGFb signaling pathway.  Synthetic haploinsufficient tumor suppressor activity was shown for two gCIS.  Many gCIS act on the same pathway responsible for tumor initiation. Based on these data, we suggest that while individual tumor cells undergo Darwinian selection, the tumor as a whole appears to learn to regulate and sculpt initiating oncogenic signaling pathways, thereby establishing just enough and just right conditions to maximize tumor growth and progression.  These data highlight ~1000 genes with predicted conditional haploinsufficient tumor suppressor function and the potential to promote chromosome arm loss in BC. Ultimately, detailed knowledge of oncogenic pathway- or histotype-specific haploinsufficiencies greatly expands the concept of cancer genes to include a very large list of conditional drivers.  Given the high frequency of chromosome arm level loss in BC, it seems likely that copy number changes among genes in this large list of conditional cancer genes function - in aggregate - as a major driver of tumor formation and/or progression.  This more complete picture should help explain the most common and important genomic events driving human breast cancer, and help refine oncogenic pathway-specific therapeutic intervention.