In this work, for the first time, we have modelled, Imatinib resistance, BCR-ABL1 mutations in the murine system. We identified the underlying cellular difference in leukemia cells harboring T315I mutation, associated proteins, and importantly, targetable interactions with the microenvironment.

Chronic myeloid leukemia (CML) is caused by a chromosomal translocation event, generating the BCR-ABL1gene, which encodes a constitutively active tyrosine kinase. While imatinib, a tyrosine kinase inhibitor (TKI), has revolutionized the treatment for CML, a certain cohort of patients develop resistance against the therapy, which is mostly attributed to point mutations in the BCR-ABL1 gene. Most of these mutations are successfully targeted by next generation TKIs. In this work we focused on a resistance-conferring and notoriously aggressive, gate-keeper mutation of BCR-ABL1, namely BCR-ABL1T315I (Patel et al., 2017). But, more specifically, in line with past work from our laboratory, we have identified interactions of these specific leukemia cells with their surrounding microenvironment in the bone marrow as potential target for treatment (Godavarthy et al., 2020; Krause et al., 2013).

Establishing the murine system: Using the retroviral transduction/transplantation system, we successfully modeled the clinical course of several BCR-ABL1 point mutations in our murine system. The BCR-ABL1T315I+ disease was aggressive and was accompanied by an increased myeloid blast percentage compared to BCR-ABL1+ disease. We found that BCR-ABL1T315I+ cells exhibit differential niche location and cellular properties like cell adhesion, migration and cytoskeleton compared to BCR-ABL1+ cells.

Human CML samples complemented our findings: Western blot analysis of patient cells harbouring the BCR-ABL1T315I mutation confirmed a higher amount of integrin beta 3 and ILK in these cells, too.  Similar to our findings in mice, immunohistochemistry of bone sections of patients with BCR-ABL1T315I+ disease also showed a significantly reduced amount of FN.  Experiments in immunosuppressed mice, transplanted with human leukemia cells and treated with FN, further suggested a beneficial effect of fibronectin treatment in BCR-ABL1T315I+ disease.

Importance of our findings: With this work we have finally established a murine model to study imatinib-resistance-conferring point mutations in BCR-ABL1.  Our data show that these point mutations lead to alterations at the cellular and molecular levels.  The crux of the matter lies in the fact that these mutations alter the niche differently compared to ‘wildtype’ CML, and as such make these niche alterations targetable.  In our case, targeting leukemia cell-intrinsic molecules like integrin beta3 or ILK, or changing the amount of FN in the niche, altered disease outcome of an otherwise extremely aggressive and mutant disease!

3. Patel, A. B., O'Hare, T., and Deininger, M. W. (2017). Mechanisms of Resistance to ABL Kinase Inhibition in Chronic Myeloid Leukemia and the Development of Next Generation ABL Kinase Inhibitors. Hematol Oncol Clin North Am 31, 589-612. 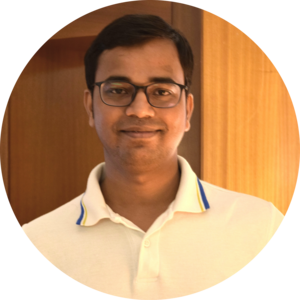