+1
Bidesh Mahata and 1 other See all
Research Group Leader, University of Cambridge
Follow 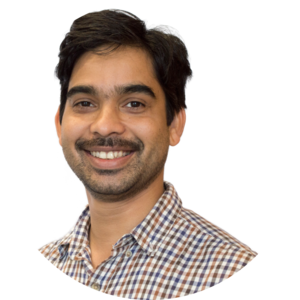 The biosynthesis of steroid hormones from cholesterol is termed “steroidogenesis”. Over the past century or so, several important facets of steroid hormones and steroidogenesis have been discovered, including the physiological role of the hormones. One of the important roles of steroid hormones is their regulation of immune cell function. The importance of initial studies on the biochemistry and physiology of anti-inflammatory and immunosuppressive steroids was recognized in the Nobel Prize for Physiology or Medicine to Edward Kendall, Tadeus Reichstein and Philip Hench in 1950. Subsequently, extensive research developed the field further and opened many exciting new directions. A few years ago, we discovered that T cells (particularly a subtype involved in type-2 immune responses) are capable of steroidogenesis by upregulating Cyp11a1, the enzyme known to catalyze the first step of the steroidogenesis pathway1. We hypothesized that the role of this steroidogenesis by T cells was to restore immune homeostasis, and switch off or dampen immune activation. Our data revealed the existence of endogenous steroidogenesis, and an immunoregulatory steroid signaling pathway, within the immune system. Fascinated by this, we decided to follow up with further work. To pinpoint the steroidogenic cells, we generated two novel mouse lines, a steroidogenesis reporter (Cyp11a1-mCherry) to track the steroidogenic cells, and a Cyp11a1 conditional knockout line to stop steroidogenesis in a cell type-specific manner.

Immune cell steroidogenesis is a type-2 immune phenomenon1. Type-2 immunity is characterized by the differentiation of T helper 2 (Th2) cells, which is typically associated with interleukin (IL) 4, IL5, IL10 and IL13 secretion, IgE production, eosinophilia and mast cell activation. Many tumors elicit a disease-promoting type-2 immune response, instead of a protective type-1 immune response. It has long been recognized that type-2 immunity and anti-tumor immune suppression are linked. Therefore, we hypothesized that Th2 cell-mediated steroidogenesis contributes to anti-tumor immunosuppression. The alternative hypothesis was that T cells secrete steroids to kill the tumor cells. When we tested the hypothesis, we found that induction of steroidogenesis in T cells suppresses anti-tumor immunity2. Conversely, ablation of the pathway, genetically or pharmacologically, stimulates anti-tumor immunity and leads to tumor shrinkage.

In detail, we found that the steroidogenic T cells are confined to the tumor and inhibition of the T cell steroidogenesis increases the abundance of functional T cells, NK cells and M1 macrophages, all cell types known to provide protection by killing tumor cells. In parallel, it leads to a decrease in the number of regulatory T cells and M2 macrophages, known to suppress anti-tumor immunity. While we focused on mouse models for our experimental work, we do study human tumor immunity by data mining of published datasets, and find evidence for the same phenomenon in human.

One major motivation for writing this “behind the paper” blog is to emphasize the collaborative nature of this project, which was a team effort across a cancer genomics lab (David Adams), a tumor stroma lab (Jacqueline Shields) and a genomics/immunology lab (Sarah Teichmann). The CRUK Tumor Immunology Project Award allowed Bidesh to develop this study that glued together all three labs to work at the interface of immunology, cancer and genomics. This story of teamwork and interdisciplinary science has a happy end, with Bidesh moving to the Department of Pathology, University of Cambridge, to start his own lab.