BET (Bromodomain and extraterrestrial) family proteins, particularly BRD4, which are important transcriptional and epigenetic regulators, play critical roles during cancer development, thus elicited a great level of interest in developing BET inhibitors (BETi) for cancer treatment. Currently, multiple BETi inhibitors have entered clinical trials, including colorectal cancer (CRC). However, BET inhibitor resistance often emerges. Current studies have been focusing on the cancer cell autonomous mechanism of resistance to BETi. Recently, several BET inhibitors such as dBET1, MZ1, which employed proteolysis-targeting chimeras (PROTACs) technology to degrade BRD4, have been developed to conquer BET resistance caused by BRD4 stabilization. However, resistance to BET-PROTACs has also been reported. Moreover, BETi in solid tumors is not as effective as in hematological malignance. These indicate new and extrinsic resistance mechanism associated with tumor microenvironment (TME) in solid tumors.

Pro-inflammatory factors secreted from the tumor microenvironment are important hallmarks of cancer, which contributes to almost every aspect of tumorigenesis, metastasis and therapeutic resistance. Although pro-inflammatory factors are well known to promote tumorigenesis via activating vital signaling pathways, it is less investigated whether and how they crosstalk with cancer epigenetic landscape including chromatin modulation to shape the biological behaviors of the tumor. 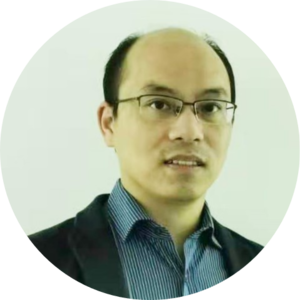