Life teaches us that it is often easier to overcome challenges as a team than as individuals. As it turns out, this is also a strategy employed by metastatic tumor cells: they find strength in numbers when it comes to survival and immune evasion.

My research project started out amidst several new findings that shifted people’s views on the metastatic process. The first discovery was the frequent detection of polyclonal metastasis in cancer genomics studies. This means that a single metastatic lesion may be composed of multiple genetically distinct tumor cell clones, as opposed to being derived from a single parent cell (monoclonal). A second relevant discovery was the detection of multicellular clusters of circulating tumor cells (CTCs) in the blood of tumor patients. Mouse experiments further demonstrated that CTC clusters are the major precursors to polyclonal metastasis, challenging the conventional idea that tumors mainly spread as single cells. Strikingly, CTC clusters were also shown to have higher metastatic efficiency than single CTCs, but at that time the underlying mechanisms were not well understood.

And so I started looking into a simple but broad question: why are polyclonal metastatic seeds better at metastasis?

Interestingly, my first clue came as a serendipitous observation. When I was trying to establish metastasis models by single tumor cells and tumor clusters in mice, I found that one of the murine mammary tumor cell lines, AT3, did not grow well as single cells. In a frustrated attempt to boost tumor growth, I turned to more immunodeficient mouse models: nude mice (no T cells) and NRG mice (no T, B or NK cells). To my surprise, I observed a significant difference in the behaviors of single cells and clusters caused by a change in mouse strains. While clusters have a growth advantage over single cells in wildtype and nude mice, this advantage is abolished in NRG mice, suggesting that the enhanced metastatic ability of polyclonal metastasis may at least be partially dependent on the immune system.

My colleagues and I then went on to further study this phenomenon using an array of in vivo and in vitro techniques. By antibody depletion of different immune cell types, we found that NK cells selectively suppress monoclonal over polyclonal metastasis. Mechanistically, we demonstrated that CTC clusters have stronger epithelial properties, which in turn leads to lower expression of NK cell activating ligands. The overall effect is that CTC clusters are more resistant to NK cell attack, resulting in a high proportion of polyclonal metastasis.

Our findings suggest that NK cells have a previously unappreciated impact on metastatic clonal evolution by favoring polyclonal and more epithelial metastatic seeds, and calls for more future studies on the functions and therapeutic potential of NK cells in metastasis.

Reflections on the journey

Much like the unpredictable journey undertaken by a metastatic tumor cell, research is full of challenges and requires a great deal of resilience and teamwork. This study was born out of unlikely circumstances – I was a third-year graduate student stuck with a failed first project, and all I had was an intriguing observation. My mentor, Dr Xiang Zhang, was the one who always reminded me that many scientific discoveries started out as small accidental findings, and that anything is possible as long as one does not give up. There had indeed been numerous times when I felt like my project had hit a dead end, only to find that I could overcome it in the end. The experience made me realize that a crucial skill in modern scientific research is the ability to manage frustration and self-doubt from failed experiments, while staying optimistic and actively seeking for solutions.

Of course, none of this work would have been possible without the wonderful support and contributions of my mentor and colleagues, and the decades of hard work laid down by past scientists. To all of them, I am tremendously grateful. 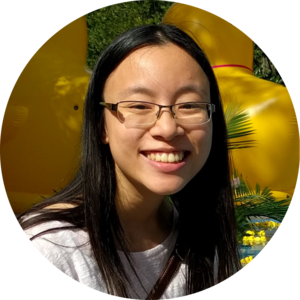 Ph.D. candidate in Molecular Biology with experience in cancer research, immunology and bioinformatics; just a biologist with big dreams
Follow