Successful treatment of relapse of PMBCL with CNS involvement.

My diagnosis was PMBCL; stage IV

First recurrence date: 08/2018; lesion sites: left inferior frontal lobe 32*30mm, left lung. Once I knew about my diagnosis I was pregnant for 4 months. I wanted to be treated and to save my baby. I got a rejection from many hospitals all over the world because there is not any protocol to save the baby in such a situation.

Only in National Research Center for Hematology, Moscow, Russia they accepted to treat me and try to save the baby and they could do so. My son together with me went through 5 chemotherapies. My son was born in 8 months, but he was born healthy. Just after 1 month of his birth, I got relapse in the brain (CNS).

I had 2 choices: 1. High dose chemotherapy and, 2. CAR-T cell therapy.

I chose the second one.

I got information that  CAR-T cell therapy can be done in 3 countries in the world, which are the USA, Israel, and China. The USA was too expensive and they sent me an invoice of 1,5 million USD. Israel was not cheap either ~200,000 USD$, and China was around 30,000 USD.

First I flew to Israel but after a few attempts, they could not provide the therapy that I needed. I decided to fly to China.

After a very friendly and professional conversation with the professor, I understood that the price of the treatment was very affordable for me. After the first infusion of  CAR-T cells, I got better, then the professor decided that we should do a second infusion, and I accepted and soon achieved remission. Then I received an infusion of CD19 booster  CAR-T and I came back to Moscow in full remission.

In several months, I got another infusion of PSMA  CAR-T, and till now around 2 years and 3 months later, I am stable and still in full remission. I think the new 4SCAR2.0 therapy is a big step into the future of medicine! 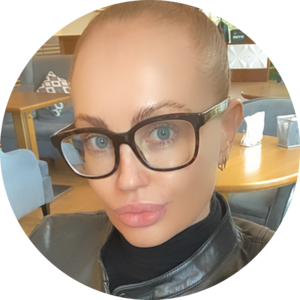