Supercompetition in the intestine: how to outcompete your neighbours

Intestinal stem cells (ISCs) engage in a continuous neutral competition within the crypt bottom, a process that can be disturbed when one of the ISCs acquires a mutation. We reveal that Apc-mutant ISCs act as supercompetitors that actively outcompete healthy ISCs by forcing them to differentiate.

The story behind this paper already started when I was still in my bachelor studies. While I was learning about Fearon and Vogelstein’s model for step-wise colorectal cancer (CRC) development, my supervisor, Louis Vermeulen, was already working on the concept of stem cell dynamics. Around that time, he was conducting postdoctoral research in Cambridge (UK), where he studied how CRC-associated mutations in genes influenced intestinal stem cell (ISC) replacement. Here, he discovered that various mutations confer a fitness advantage to mutant stem cells, which as a result quickly take over the intestinal crypt1. Once all healthy stem cells are removed, the mutation will be permanently ‘fixed’ in the crypt bottom where it can initiate the development of CRC.

APC mutations, as I’d learned from Fearon and Vogelstein, are considered the earliest mutations that initiate the development of CRC2. Mutations in this gene hyperactivate the Wnt pathway, resulting in the formation of premalignant intestinal adenomas. If we would prevent the fixation of an APC mutation within the crypt bottom, we could, in theory, inhibit the formation of adenomas and thus prevent the development of CRC. From Louis’ data it was clear that the healthy and Apc-mutant ISCs were in some form of competition with each other, however, the mechanism underlying this competition remained unclear. When I joined his lab as a PhD-student, it was my goal to unravel what this Apc-driven competition was based on.

To study this, we generated fluorescently labelled wild type and Apc-mutant organoids lines that enabled us to perform co-culture experiments. The first thing that stood out was how quickly wild type organoids were excluded from co-cultures with Apc-mutant organoids. This phenomenon also held true for experiments where we transferred condition medium (CM) from Apc-mutant cultures onto our wild type organoids, indicating the Apc organoids are secreting factors that disadvantage healthy organoids. We observed that Apc CM lead to a decrease in stem cell markers, loss of clonogenic potential, along with an increase in differentiation markers. To put it more simply: our organoid cultures were differentiating.

From that moment, the quest to identify the responsible factors had begun. It didn’t take long until our RNA sequencing data came back and revealed significant upregulation of multiple Wnt antagonists (Notum, Wif1, Dkk2) in Apc-mutant organoids. It made a lot of sense that Apc mutants would activate a negative feedback loop to counteract the hyperactivation of the Wnt pathway. However, in this case, the Wnt antagonists had no effect on the Apc mutants, but lead to active differentiation of the wild type cultures. In line with our in vitrodata, we also observed a decrease in healthy stem cells in the crypt bottoms harbouring both wild type and Apc-mutant ISCs.

Instead of individually targeting the expressed Wnt antagonists, we proposed to boost the fitness of the healthy ISC population using GSK3β inhibitor lithium chloride (LiCl). LiCl activates the Wnt pathway downstream of the secreted Wnt antagonists, and therefore overrides the inhibitory effect initiated at the ligand/receptor level. Indeed, using LiCl we could rescue the loss of stemness in vitro and reduce the speed of Apc-driven crypt fixation in vivo. Ultimately, long term administration of LiCl significantly reduced the polyp burden in Apc-mutant mice.

By that time, a paper was just published that described a role of Wnt antagonist Notum in the aging intestine, which confirmed our ideas3. In that study, Notum was produced by Paneth cells in old mice and lead to age-dependent decrease of stem cells in the crypt bottom. It was by sheer coincidence that I ended up sitting beside senior author of that particular manuscript, Pekka Katajisto, during the meeting on Intestinal Organoids in Denmark. At the dinner table, he explained that his group was looking into the role of Wnt antagonists in cancer development as well, and I remember thinking: “yet another group?”. It was only a few months earlier we’d heard that the lab of Owen Sansom also identified the expression of these Wnt antagonists in Apc-mutant cells and was developing a conditional knockout mouse model to study their function in tumorigenesis.

We decided to keep each other informed on the progress of our work and during the submission of our manuscripts. The fact that our data lead to the same conclusions using entirely different experimental set-ups only strengthens our findings. As did our LiCl treatment, the Apc;Notum knockout model lead to a significant decrease in adenoma formation, and adenomas that did grow out expressed high levels of the other Wnt antagonists4. This finding confirmed our notion of redundancy in Wnt antagonist expression and justified the use of lithium to boost healthy cell fitness. This poses an interesting opportunity to test lithium administration as a chemoprevention strategy. Such strategy would especially be relevant for patients with familial adenomatous polyposis (FAP) that carry germline mutations in the APC gene. FAP patients develop multiple adenomas at a young age and are predisposed to develop CRC. Lithium is already being used for decades to treat bipolar disease, therefore its use in the clinic has been studied intensively. Luckily, our interest is being shared as we just received funding from the Dutch Cancer Society (KWF) to perform a proof of principle clinical trial with lithium in FAP patients.

Upon acceptance of our manuscript, when the dust of excitement finally settled down (a bit!), I realized that this undoubtfully proclaims the end of my PhD trajectory. For the past six years I have studied cell competition within the intestine and I still cannot think of a more elegant way to outcompete your neighbours than to actively force their departure from the crypt bottom by inducing them to differentiate. Throughout the years I’ve noticed that mechanisms of cell competition are involved in all stages of cancer development, from initiation until metastasis, and I hope to continue studying these mechanisms as a future postdoc. 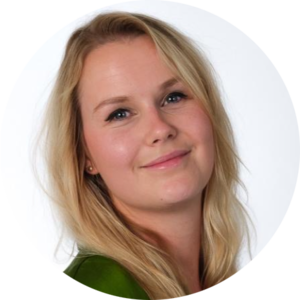