Cancer-associated fibroblasts (CAFs) are active players in the TME with versatile functions such as matrix remodeling and the crosstalk with tumour cells and infiltrating immune cells. DNA damage due to chemotherapy or radiotherapy kills cancer cells and simultaneously contributes to CAFs activation, and reprogrammed CAFs undergo significant phenotype transitions, thereby stimulating tumour growth, promoting cancer invasion, and mediating the resistance to therapies, indicating the potential of CAFs as targets for optimizing therapeutic strategies against cancer.2 In addition to similar lethal mechanism between platinum and PARP inhibitors, resistance to platinum-based chemotherapies is a strong predictor for PARP inhibitors resistance. Therefore, we hypothesized that PARP inhibitors could activate CAFs within the TME and targeting CAFs might augment their antitumor capabilities.

Our research published in the npj Precision Oncology revealed that PARP inhibitors promoted CAFs activation by enhancing the autocrine of C-C chemokine ligand 5 (CCL5) mediated by NF-κB pathway and CCL5 blockade significantly blunted the reprogramming of CAFs conditioned by PARP inhibitors and boosted the antitumour effects of PARP inhibitors in vitro and in vivo.3 The results were consolidated in both xenograft models injected with BRCA-deficient or BRCA-proficient ovarian cancer cells and BRCA-deficient breast cancer cells, signifying that the efficacy gain was irrespective of BRCA status of cancer in mouse models. Besides hinting at the relevance between noncancerous cells in TME and resistance to targeted anticancer therapies, our study indicates that targeting them such as CAFs could potentially help to overcome drug resistance, a prevailing challenge for cancer management. To corroborate PARP inhibitors-induced CAFs activation and resultant influences on resistance, we should examine the responses of germline BRCA-mutated CAFs to PARP inhibitors and decipher how upregulated CCL5 autocrine contributes to CAFs activation and mediates PARP inhibitors resistance. 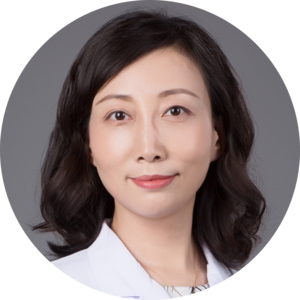