+3
Soma Ghosh and 3 others View all
Post-doctoral Fellow, Weizmann Institute of Science
Follow 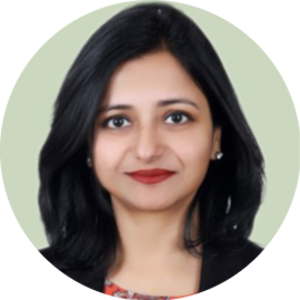 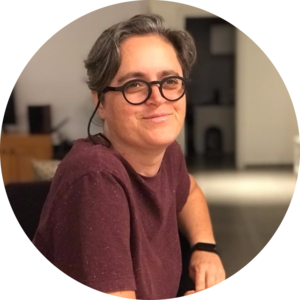 The epidermal growth factor receptor (EGFR) is one of the best studied signaling pathways in cancer. Our lab has developed throughout the years numerous antibodies targeting the EGFR network, both receptors and cognate ligands.  More recently, we started focusing upon a feature that might affect the landscape of cancer therapy, namely concurrent delivery of several distinct antibodies [1, 2] .

Amphiregulin (AREG), an EGF family growth factor, binds with and activates EGFR/ERBB1. Activation by AREG can occur through autocrine, paracrine and juxtacrine mechanisms [3, 4]. Some of the previous studies have shown that AREG is found abundantly in fluids collected from patients with pancreas, ovary and lung cancer and is mostly prevalent in advanced settings [2]. In the present study, we observed AREG to be highly abundant in abdominal fluids of 78 patients with advanced ovarian cancer (OvCa). Therefore, we hypothesized that depletion of AREG in OvCa would inhibit tumor progression by blocking autocrine signaling, hence might prolong patient survival. To carry forward this idea we used an immunocompetent mouse model and generated an antibody that can recognize the murine form of AREG. During the antibody generation process we encountered a challenging situation in raising immune response while vaccinating murine AREG in mice since this ligand is highly abundant in mice. Therefore, we used AREG-knockout mice to generate anti-AREG antibodies.

In this project we collaborated with clinicians and immunologists to understand their perspective and gain insights regarding efficacy and toxicity issues. In line with their thoughts we knew that targeting AREG, a non-oncogene, can initiate potential toxicity. However, the anti-AREG antibody (AR37) we generated was both safe and effective in terms of prolonging survival of mice bearing ovarian tumors (ID8 cells). Importantly, we observed that mice treated with AR37 have no issues with body weight loss, fur texture and general behavior, which helps us to gain confidence that AR37 is not associated with any overt side effects.

In terms of immunological responses, we observed that treatment with AR37 altered cytokine secretion in the ascites fluids of treated mice and resulted in enhanced secretion of CXCL1. This secreted ligand also had the potential to activate EGFR pathway and blocking this ligand with CXCR2 inhibitors resulted in downregulation of the EGFR signaling pathway.

Interestingly, we also observed that OvCa cells expressing wildtype p53 acquire addiction to AREG: on the one hand these tumors could be inhibited by the anti-AREG antibody, and, on the other hand, deletion of p53 reduced AREG expression and conferred resistance. Likewise, re-entering AREG to the P53-KO cells recovered anti-AREG sensitivity. This is the first study that provides functional link between the status of p53 and response to anti-AREG immunotherapy. Therefore, we believe AREG and P53 status might serve as a predictor of patient response and our findings can be used in clinical settings in combination treatments bringing together AR37 and other inhibitors, including chemotherapy.