Erez and colleagues demonstrate that increased expression of arginosuccinate synthase under glucose deprivation leads to gluconeogenesis and increased purine synthesis, which when targeted can enhance response to immune checkpoint blockade.

Argininosuccinate synthase (ASS1) is a key component in the liver urea cycle (UC). Outside the liver, ASS1 participates in the citrulline-arginine cycle. This cycle supplies the cellular needs for arginine and its downstream essential metabolites, as nitric oxide (NO), in a cell specific manner1,2. Indeed, patients with germline mutations in ASS1 are severely ill. Yet, in many cancer types, ASS1 expression is epigenetically downregulated and is associated with poor patients’ prognosis3-6. In these cancers, we (the Erez and Ruppin labs), previously reported that ASS1 downregulation increases the availability of its substrate aspartate for pyrimidine synthesis, supporting cell proliferation7. Furthermore, in many cancers, we and others have demonstrated a more general tumor metabolic urea cycle dysregulation (UCD), which further enhances pyrimidine synthesis8,9.

The increase in pyrimidine levels in high UCD cancers, generates a mutational bias favoring pyrimidine that correlates with higher levels of hydrophobic-immunogenic antigens and hence with increased response to immunotherapy9. This is important since although immunotherapy is a promising treatment for numerous types of cancer, only a small number of cancer patients qualify to receive them and of those, the treatments succeed in less than half. Along these lines, in several common types of cancer, ASS1 is overexpressed for a yet unknown survival benefit10-11. We were therefore intrigued to decipher the metabolic gains that high ASS1 expression may provide to such cancers, surmising that such understanding may further advance our ability to treat these cancers.

In the current study, we first analyzed data derived from human samples in the Cancer Genome Atlas (TCGA), and found that tumors with high levels of ASS1 were more likely metastasize and responded less to immunotherapy. Pathway analysis revealed that ASS1 expression correlates with the expression of gluconeogenesis genes. Validating these results in the lab, we further found that the activation of gluconeogenesis, leads to an increase in its branching metabolic pathways, consequently increasing the production of purine, and the ratio of purine relative to pyrimidine. Based on our previous results which demonstrated that high pyrimidine promote response to immunotherapy, we now hypothesized that an imbalance in the other direction could have a significant effect in resistance to immunotherapy. Following confirmation of our hypothesis in tumors from mice and humans confirmed this idea, we next asked whether we can regulate the purine-pyrimidine balance to improve the response to immunotherapy.

Indeed, female mice injected with breast cancer cells treated with mizoribine, a purine synthesis inhibitor, became responsive to immunotherapy. Importantly, by collaborating with Prof. Angel Porgador and his colleagues from Ben-Gurion University in Israel, we demonstrated that treating PDXs of lung cancer patients that were unresponsive to immunotherapy with mizoribine, generated reactivity in autologous T-cells taken from the same patients as exemplified by an increase in IFN-g secretion following treatment with anti-PD1 immunotherapy.

Our results are encouraging as they suggest that clinically, by metabolic modulation of nucleic acid ratios in tumors, we can promote response to immunotherapy in “cold”, non-responsive tumors. 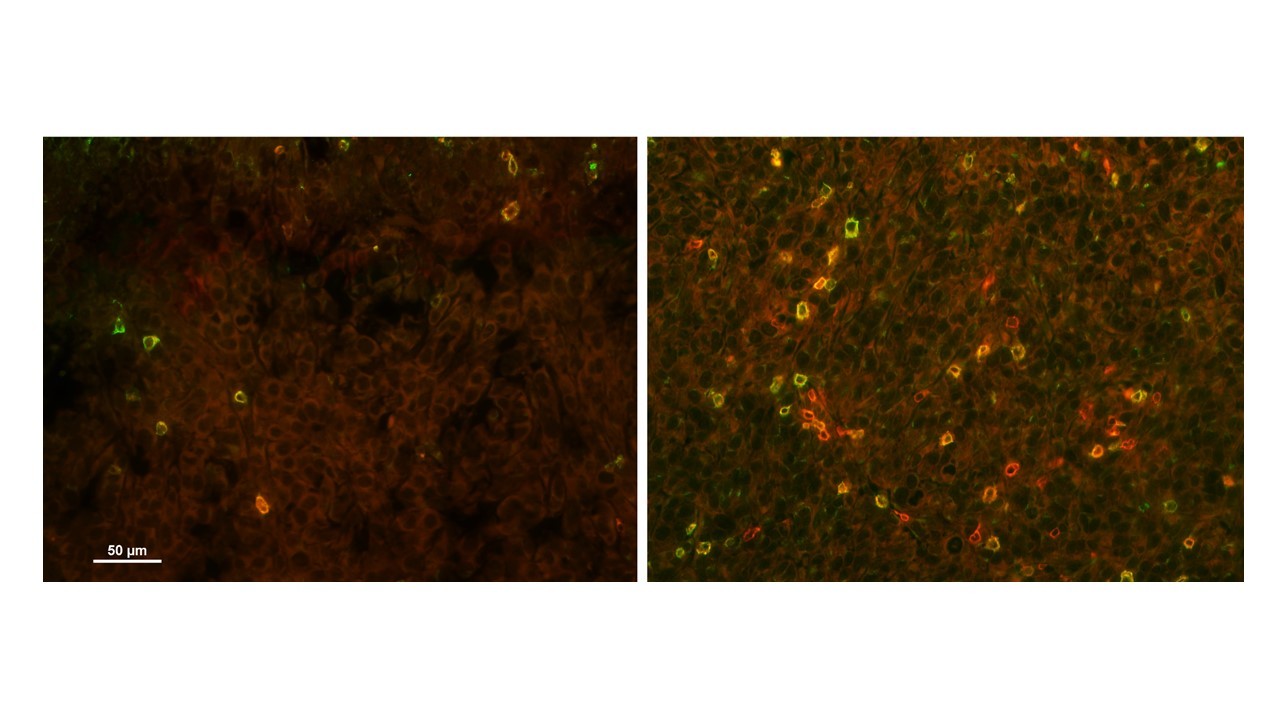