Honeybee venom in breast cancer treatment: Behind the Paper

+1
Ciara Duffy and 1 other View all
PhD, Harry Perkins Institute of Medical Research, The University of Western Australia
Follow 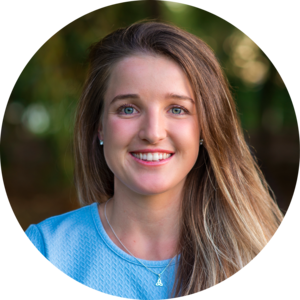 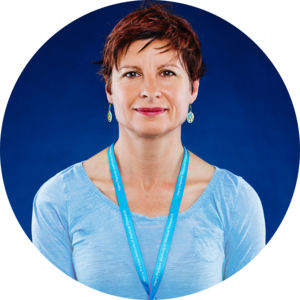 Breast cancers are highly prevalent world-wide. Triple-negative breast cancers (TNBCs), lacking the expression of hormonal receptors and HER2, are highly aggressive and associated with poor prognosis, with no clinically effective targeted therapies currently available. These cancers affect particularly young women and are associated with the BRCA1/2 mutations. Current therapies for these cancers are multi-modal chemotherapies and radiation. In the metastatic setting, when the cancer spreads from the primary site to other parts of the body (lung, liver, brain, among others) these cancers tend to develop resistance to treatment.

The epidermal growth factor receptor (EGFR) is commonly over-expressed in TNBCs, and is important for cell proliferation and survival, conferring oncogenic signalling in these cancers. In addition to TNBC, one of the most aggressive breast cancer subtypes is HER2-enriched breast cancer. Although therapies targeting human epidermal growth factor receptor 2 (HER2) in HER2-enriched breast tumors have dramatically improved median survival in the metastatic setting, resistance is again almost inevitable for this subtype. In addition, breast cancers, as with many other cancers, are particularly abundant in lower socioeconomic regions1, in part due to lack of resources, absence of early screenings, and availability of treatments which in many cases cannot be afforded. Conventional chemotherapies are not only expensive (with single treatments costing thousands of dollars) but also may cause high toxicity affecting the quality of life of patients and their families. These limitations have inspired significant interest in the discovery of novel, more holistic yet selective approaches for cancer treatment.

The European honeybee (Apis mellifera) has been the source of a number of products used medicinally by humans such as honey, propolis, and venom for thousands of years. Half of the dry weight of honeybee venom corresponds to melittin, a positively charged, 26 amino acid peptide that forms pores in cell membranes, destroying the cell membranes in the order of minutes. While it was known that many venoms can target cancers, the underlying molecular mechanism as to why this was happening was still puzzling.

Why would bee venom be selective to kill specific cancers? Can we further improve melittin to target aggressive breast cancers?

We addressed this question in an interdisciplinary collaboration between Associate Professor Pilar Blancafort (cancer epigenetics), Professor Boris Baer (honeybee health), and Professor Killugudi Swaminathan Iyer (nanotechnology/cancer delivery). Dr Ciara Duffy was eager to conduct research into new treatments for triple-negative breast cancer but had no idea that the project would involve bees! After meeting all together for a tour of the Harry Perkins Institute of Medical Research and a short discussion about Australian bees, the start of a wonderful collaboration began.

Honeybees were collected and dissected in several places around the world, including Western Australia, Ireland and England, melittin was synthesized, and cell lines were grown in tissue culture, ready for many years of intricate experiments. We assessed the anticancer properties of honeybee venom and melittin by testing the cellular response in a panel of breast cancer and normal-like cell lines. We also initiated many new collaborations to perform various techniques, from live-cell confocal microscopy, to bioluminescence resonance energy transfer (BRET), monoclonal antibody production, as well as to access honeybees and bumblebees in London and Dublin.

We discovered that honeybee venom and melittin significantly and selectively reduced the viability of TNBC and HER2-enriched breast cancer cells, inducing cell death through membrane disruption and caspase 3-mediated apoptosis. We unveiled that melittin primarily inhibited the activation of EGFR and HER2 and thus modulated downstream oncogenic Akt and MAPK signalling pathways in breast cancer cells. BRET experiments revealed that plasma-membrane bound melittin was within 10 nm of proximity to EGFR, yet not binding directly at the EGF binding site. We therefore speculated that melittin was perturbing the dimerization and association and/or activity of the activated receptors over-expressed in the plasma membrane of cancer cells, thus inhibiting the downstream activity.

We further modified the charge of melittin with peptide engineering, first by synthetizing a negatively charged ‘DEDE-melittin’ peptide; this completely abolished the activity of melittin in cancer cells, demonstrating that the positive charge is essential to drive the anti-neoplastic effect. We were also able to further enhance the selectivity of melittin for breast cancer cells, by attaching a cancer specific ligand, the RGD peptide, to direct melittin to bind the integrins over-expressed on TNBC cell membranes and tumor associated vasculature (peptide ‘RGD1-melittin’). The resulting peptide was even more selective towards cancer cells, and had enhanced tumor-specific internalization, than the “natural” melittin peptide.

As melittin forms pores on cell membranes, we hypothesized that it could also facilitate the entry of chemotherapies or small molecules into the cells that can otherwise be difficult to deliver in the context of a tumor, particularly in vivo. We therefore combined a treatment of melittin with docetaxel in a TNBC allograft mouse model in vivo and found that this combination significantly reduced the cancer cell proliferation and tumor growth. Intriguingly, the levels of the immune-checkpoint protein programmed death ligand-1 (PD-L1), which is involved in immune evasion, were also reduced by melittin in the tumors. Melittin could therefore decrease the immune-suppressive effects of the tumor microenvironment, which are prevalent in TNBCs in the presence of chemotherapy. We are further exploring the relationships between melittin and the enhancement of immune-responses which could help breast cancers to better respond to immune-therapies.

Of course, this is only the beginning of a very long journey, and many more experiments will be required to formally assess maximum tolerated doses and toxicities prior to human trials. Overall, these findings reveal that honeybee venom and melittin potently and rapidly reduced breast cancer cell viability and can be used with chemotherapies or other small molecules to treat highly aggressive subtypes of breast cancer.

This research was conducted as part of Ciara Duffy’s PhD at the Harry Perkins Institute of Medical Research and The University of Western Australia, under the supervision of Associate Professor Pilar Blancafort, Professor Boris Baer, Dr Anabel Sorolla, and Professor Killugudi Swaminathan Iyer. This work was supported by an Australian Government Research Training Program (RTP) Scholarship, and a PhD Top Up Scholarship from the Cancer Council of Western Australia.

Ciara completed her PhD at the Harry Perkins Institute of Medical Research, and the University of Western Australia, where she investigated the anticancer effects of honeybee venom for the treatment of breast cancer.
Follow