Development from a fertilized egg to a mature organism is thought to proceed in a fundamentally hierarchical manner, in an unidirectional process. The classic and best-studied example of a developmental hierarchy is the hematopoietic system. However, certain phenomena have challenged the concept of differentiation as a permanent or unidirectional process. These phenomena suggest that many “terminally differentiated” cells retain the potential to change fate. The term “plasticity” refers generally to a broad set of such phenomena including dedifferentiation (the loss of lineage commitment and reacquisition of stem cell features) and transdifferentiation (direct fate switching to another differentiated cell type).

Glioma is the most common primary cancer of the central nervous system, and around 50% of patients present with the most aggressive form of the disease, glioblastoma (GBM). Conventional therapies, including surgery, radiotherapy, and chemotherapy, have not resulted in major improvements in the survival outcomes of patients with glioblastoma.

Using a state-of-the-art mouse model of GBM based on Cre-inducible lentiviral vectors that allows the induction of tumors in a region and a cell type specific manner in adult mice (1), we showed that transduction of neural stem cells (NSCs), astrocytes or even mature neurons can give rise to malignant gliomas. Based on these observations we propose that any cell in the brain can be the cell of origin of the tumors. In the case of mature neurons/glia, these cells acquire the capacity to dedifferentiate/reprogram to a cell that has all the attributes of a neuroprogenitor/stem cell (2), which can then not only maintain its pluripotency, but also give rise to the heterogeneous cell populations observed in malignant gliomas, including endothelial cells to form new blood vessels (3). Interconversion of transformed non-stem cells to cancer stem cells, termed cancer cell plasticity, contributes to intra-tumor heterogeneity and its molecular mechanisms are currently unknown.

Cancer plasticity is driven by reciprocal interactions between a cancer cell and its microenvironment, which permits this cell to, on the one hand, calibrate its response to the altered environment and on the other, actively remodel the microenvironment to facilitate its survival and proliferation. Therefore, when we started the project at DFM Lab and got the RNAseq data results, instead of being a “fishing expedition”, a few genes caught our attention, among them Tenascin C (TNC). We identified TNC, and extracellular matrix glycoprotein to be highly upregulated and secreted in mesenchymal glioblastoma (MES GBM) subtype with high NF-κB signaling activity. In this study, we propose that TNC can induce glioma cell de-differentiation, support the maintenance and self-renewal of glioma stem cells, and facilitate their differentiation, under hypoxic conditions, to tumor derived endothelial cells (Fig 1). We believe that by remodeling the ECM and up-regulating the expression of TNC, gliomas facilitate tumor cell plasticity and hence tumor growth, aggressiveness, and invasion. 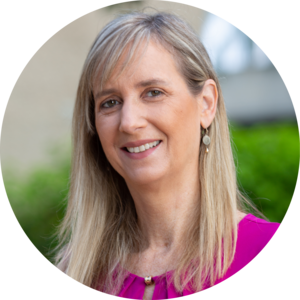