The Acquisition of Molecular Drivers in Pediatric Therapy-Related Myeloid Neoplasms

It is well known that many of the cytotoxic agents used to treat primary cancers come with the baggage of an increased risk of second neoplasms. Some therapeutic approaches such as etoposide, cyclophosphamide, radiation therapy, and even hematopoietic stem cell transplant (HCT) have a particular predilection to cause therapy-related myeloid neoplasms (tMN) commonly associated with poor prognostic molecular markers such as KMT2A rearrangements and other cytogenic abnormalities like monosomy 7 and complex karyotypes. Therapy-related myeloid neoplasms have poor prognoses, and any chance of cure requires intensive therapy and HCT that is not without its own additional long-term sequelae and organ dysfunction. We have seen a decrease in the incidence of pediatric tMN that parallels a decreased use of the most common offending agents in the treatment approaches for some diseases (e.g., etoposide in acute lymphoblastic leukemia), but for other pediatric malignancies these commonly implicated agents remain the mainstays of successful therapy (e.g., cyclophosphamide and etoposide for many solid and CNS tumors). Prior to our studies, comprehensive genomic sequencing of pediatric tMN had not been described.

Our study used a combination of whole genome, whole exome, and RNA sequencing to describe the molecular drivers present in a cohort of 84 pediatric tMN patients from our single institution. Additionally, in many of these cases we interrogated multiple time points, including the initial diagnosis, with targeted capture ultra-deep sequencing to describe the acquisition and evolution of the malignant drivers.

Our data show that pediatric tMN, maybe not surprisingly, has a higher mutational burden than that present in pediatric primary MDS and de novo pediatric AML. Most of these somatic mutations were found in the Ras/MAPK pathway with KRAS mutations being most frequent. Structural cytogenetic changes were also an obvious driver of disease in our cohort with 70% of the cohort having a chromosomal rearrangement and a full 50% of these rearrangements involved KMT2A. Chromosome 7 copy number changes or loss of heterozygosity were also common. In addition to the protein coding chromosomal translocations, we also found a sub-cohort of patients with high MECOM expression and in 3 cases this high expression was determined to be directly related to structural variations between MECOM (chr.3) and non-coding regions near ZFP36L2 (chr.2) and MSI2 (chr.17), both genes with documented involvement in hematopoiesis or hematological malignancies. These findings, in conjunction with published supporting evidence in primary human CD34 cells, suggest that these non-coding regions are functioning as super-enhancers to drive MECOM expression. 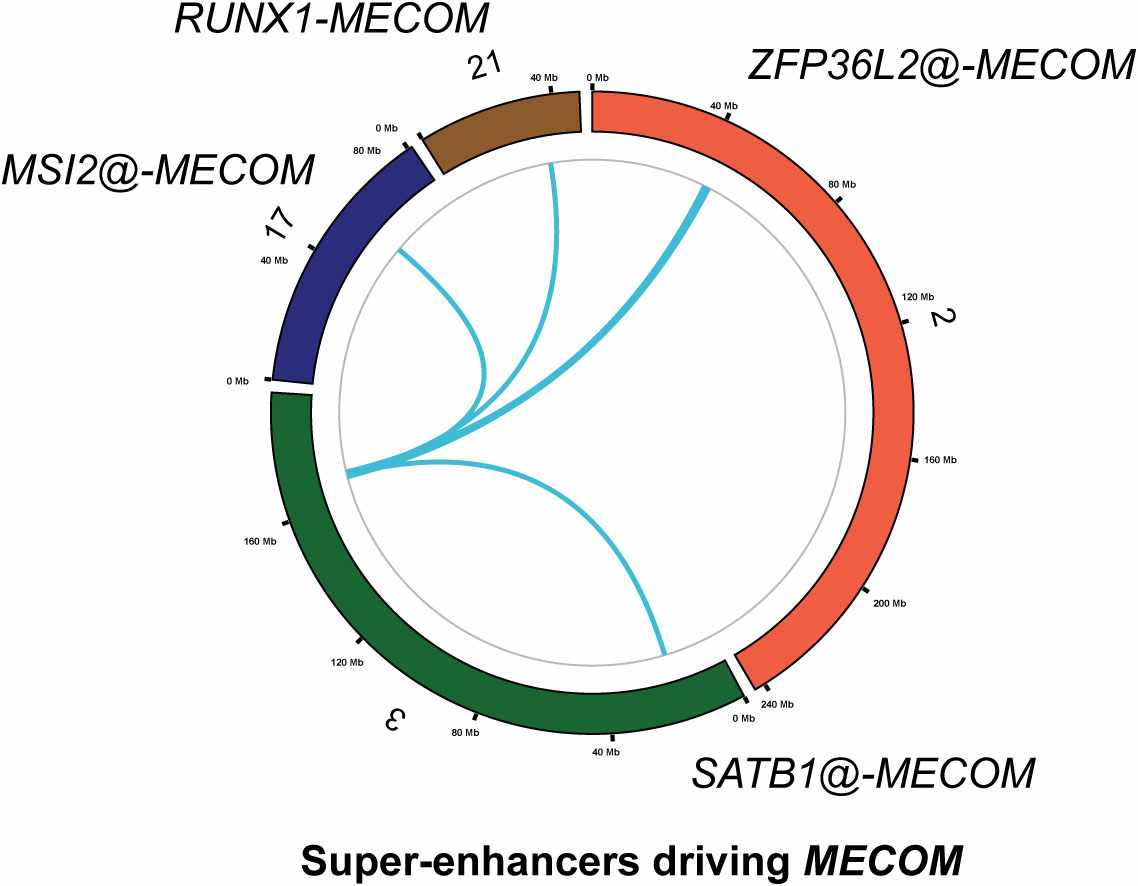 Using ultra-deep amplicon sequencing and bioinformatic error suppression we described the clonal evolution of somatic variants in 26 cases from our cohort. Interestingly, we found that in the vast majority of cases (88%) the defining tMN mutation(s) arose after exposure to cytotoxic therapy for the primary malignancy. Although 4 patients were found to have somatic TP53 variants, we found no evidence of these variants at the time of initial diagnosis and before exposure to cytotoxic agents which is a finding distinctly different than what has been reported in adult tMN.

Finally, our sequencing of multiple timepoints between initial diagnosis and tMN shows that we could detect acquired mutations up to 748 days (range: 118-748 days, mean: 405 days) prior to morphologic evidence of tMN, suggesting that genomic screening approaches may be able to identify at-risk patients prior to tMN development and ultimately improve prognosis and overall survival. 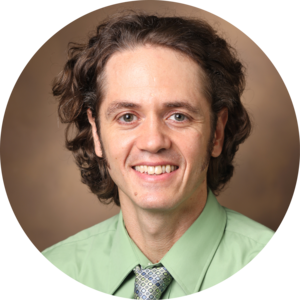