The adverse effects of clonal hematopoiesis in multiple myeloma

Multiple Myeloma (MM) is a plasma cell malignancy that is currently treated by induction chemotherapy followed by autologous stem cell transplant (ASCT) and long-term lenalidomide maintenance treatment. While highly beneficial, lenalidomide has been associated with development of therapy-related myeloid neoplasms (TMNs). Clonal hematopoiesis of indeterminate potential (CHIP) represents somatic mutations in the blood of healthy individuals that predispose them to higher all-cause mortality and the development of hematologic malignancies, particularly myelodysplastic syndrome (MDS) and acute myeloid leukemia (AML). Thus, many of us are currently questioning the significance of CHIP on treatment outcome in MM, as well as the risk of using lenalidomide in the presence of these somatic mutations.

Our lab performed deep targeted sequencing on the stem cell products of 629 MM patients that were collected at time of ASCT, after receiving induction therapy, at Dana-Farber Cancer Institute. We detected genetic mutations associated with CHIP in around 22% of patients. That is a surprisingly high percentage, given that most myeloma patients are not exposed to DNA damaging chemotherapies for long periods of time like in the case of patients with other cancers. We found that MM patients who harbored CHIP mutations at time of ASCT exhibited a worse treatment outcome post-transplant, unless they received first line immunomodulator drug (IMiD) maintenance therapy, namely thalidomide or lenalidomide. Interestingly, the decreased overall survival (OS) in these patients was mostly due to a higher rate of myeloma progression in those harboring CHIP mutations. However, the use of thalidomide or lenalidomide maintenance post-transplant was associated with improved OS and progression-free survival (PFS), despite leading to an increase in TMNs that was unrelated to the presence of CHIP at time of ASCT.

The phenomenon of shorter PFS in this cohort possibly reflects the presence of an interaction taking place between the myeloma cells and CHIP clones in the tumor microenvironment that is allowing myeloma to progress at a faster rate. Yet, further in vitro and in vivo studies are needed to confirm this hypothesis.

Given that CHIP seems to have a prognostic role in MM and lenalidomide, cytotoxic agents and ASCT may promote clonal expansion, it would be tempting to screen newly diagnosed MM patients for CHIP before initiating any form of treatment. While our data suggest that ASCT, when followed by IMiD maintenance, can be safely utilized regardless of CHIP status, samples from well-controlled prospective clinical trials are still needed to investigate the interaction between CHIP, transplant and IMiDs on outcomes in MM. Screening for and monitoring CHIP clones throughout therapy could also help us in identifying patients who are at risk of developing a myeloid malignancy and thus directing our therapeutic regimen to ones that do not allow clonal expansion. We believe that this data can help change clinical practice in the future as we start defining CHIP mutations before ASCT and maintenance therapy in patients with myeloma, and studying their long-term effects, particularly in the current era of novel agents. 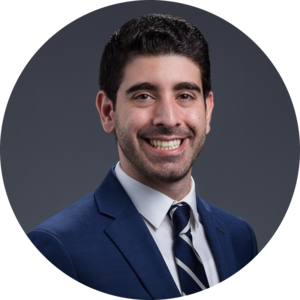