Our recent study revealed that the chemotherapeutic CX-5461 primarily binds and inhibits TOP2B, exhibiting selective cytotoxicity in neuroblastoma cells, which overexpress TOP2B. As such, pharmacological targeting of TOP2B raises safety concerns due to off-target drug interactions with this gene. 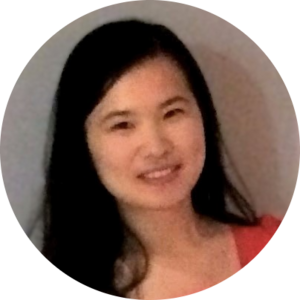 The small-molecule chemotherapeutic CX-5461 was initially described as a first-in-human inhibitor of RNA polymerase I (RNA-POL I)1. CX-5461 has more recently been implicated as a DNA damage-causing agent2. CX-5461 has recently progressed through phase I clinical trial for breast and hematological cancer treatment.

In our recent study, our team computationally mined large drug screening datasets in cancer cell lines, such as the Cancer Cell Line Encyclopedia (CCLE) and the Genomics of Drug Sensitivity in Cancer (GDSC), which revealed that CX-5461 exhibits striking selective cytotoxicity against neuroblastoma cell lines. We experimentally validated these findings, but because there was no evidence of inhibition of RNA-POL I at CX-5461 concentrations sufficient to kill the most sensitive neuroblastoma cells, the mechanism of cell death was unclear.

To gain unbiased insight into this mechanism, we performed a genome-wide CRISPR knockout screen using a hyper-sensitive neuroblastoma cell line CHP-134 to ask whether we could identify specific gene knockouts that modulated CHP-134 cell’s response to CX-5461. The most enriched pathways were related to DNA damage response and topoisomerase II-mediated DNA damage repair processes. Structural analysis of the CX-5461 molecule corroborated the possibility that CX-5461 may be a topoisomerase II inhibitor, an idea consistent with previous suggestions3 but seemingly at odds with the observation that chemically distinct topoisomerase II inhibitors, including doxorubicin and etoposide, were not selectively active against neuroblastoma cells.

We hypothesized that this discrepancy may stem from the fact that there exist two topoisomerase II paralogue genes, which while structurally similar, are implicated in distinct physiological and cellular functions4. Therefore, we sought to determine whether CX-5461 preferentially targeted one isoform over another. Molecular dynamics simulations with existing topoisomerase II alpha (TOP2A) and topoisomerase II beta (TOP2B) protein structures, in vitro topoisomerase enzymatic activity assays, as well as orthogonal cellular assays that detect TOP2-DNA covalent complexes, revealed that CX-5461 preferentially binds to, and inhibits, TOP2B. These findings distinguish CX-5461 from other well-known topoisomerase II inhibitors frequently used in cancer treatments, such as doxorubicin and etoposide, which act primarily by trapping TOP2A on DNA. This distinction is significant as TOP2B is overexpressed in neuroblastoma patient tumors and cell lines; moreover TOP2B expression in GDSC neuroblastoma cell lines was found to be among the most highly correlated genes with CX-5461 response. Thus, our comprehensive panel of in vitro and in vivo assays suggest that the primary CX-5461 target at pharmacologically relevant concentrations is TOP2B.

Overall, our findings suggest that combination therapies involving CX-5461 have promising anti-tumor activity in neuroblastoma. However, CX-5461’s preferential targeting of TOP2B raises previously unanticipated concerns. For example, it is well documented that the existing TOP2A inhibitors doxorubicin and etoposide can cause serious side effects, such as often-fatal cardiotoxicity and acute myeloid leukemia, which result from off-target interactions with TOP2B. These effects can emerge several years after treatment5,6. Patients enrolled in ongoing CX-5461 phase II trials should therefore be closely monitored specifically for these adverse events. However, our analysis of the data from The Cancer Genome Atlas (TCGA) showed that subsets of both breast and hematological cancer patients (the diseases of ongoing trials) also overexpress TOP2B, most strikingly in some leukemias. Therefore, our identification of TOP2B as CX-5461’s primary target should facilitate patient stratification in these trials, which along with rational drug combinations could markedly improve the chances of successful phase II trials in adult cancers if safety concerns can be addressed. However, given potential dangers, we suggest that success in one or more of these clinical trials in adults should represent a prerequisite to a clinical study in children.

While our findings suggest that CX-5461 preferentially targets TOP2B—mediating cell death in neuroblastoma—previous investigations, including the aforementioned phase I clinical trials, linked CX-5461 activities to RNA-POL I inhibition. Consistent with TOP2B-mediated inhibition of RNA-POL I7,8, we showed that RNA-POL I activity was detectibly diminished in CX-5461-resistant neuroblastoma cell lines, which were tolerant to relatively elevated CX-5461 concentrations. We further showed in neuroblastoma cells that TOP2B knockdown was sufficient to inhibit RNA-POL I activity. These findings support the idea that CX-5461 inhibits the TOP2B activities required for RNA-POL I-mediated transcription of ribosomal RNA. Correspondingly, our finding that CX-5461 preferentially targets TOP2B may resolve longstanding debates as to whether CX-5461 is strictly a DNA damaging agent or primarily an inhibitor of RNA-POL I9—both sets of observations would appear to be consistent with our proposed mechanism. In light of this, it will be critical to consider how CX-5461 activities manifest in cellular and disease contexts that exhibit distinct levels of TOP2A and TOP2B expression and how CX-5461 activities manifest in circumstances where TOP2B forms higher-order complexes with other cellular factors and modulates complex gene regulatory transactions genome-wide10.