+1
Lisa Crawford and 1 other See all
Lecturer, Queen's University Belfast 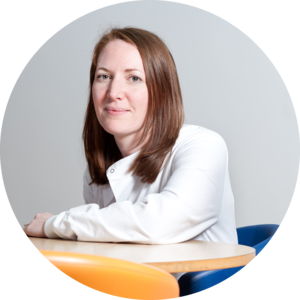 Ubiquitination is a post-translational modification that regulates the fate and function of many proteins and altered expression of the enzymes involved is often linked to cancer. As a research group we are interested in understanding how alterations in ubiquitination contribute to the pathogenesis of the plasma cell malignancy Multiple Myeloma (MM) and in applying this knowledge to identify therapeutic opportunities. In an earlier study, we identified the E3 ligase HUWE1 among a number of ubiquitin enzymes exhibiting increased expression in MM compared to normal plasma cells (1). Here we sought to explore whether HUWE1 played a role in the pathogenesis of MM. We confirmed high expression of HUWE1 in MM through analysis of publically available datasets and immunohistochemical analysis of bone marrow trephines. Small molecule-mediated inhibition of HUWE1 and shRNA knockdown in both in vitro and in vivo models, all led to growth arrest of MM cells, highlighting a potential for therapeutically targeting HUWE1 in MM.

The next step was to investigate the mechanism of action of HUWE1 inhibition in MM. HUWE1 is a large HECT-domain E3 with a wide range of protein substrates and is thus implicated in diverse cellular processes. Dysregulation of HUWE1 has often been associated with tumourigenesis. but whether HUWE1 possesses tumour promoting or tumour suppressor activity is a matter of debate and appears to be dependent on cell type. The oncogene MYC, is one of the best studied substrates of HUWE1, and it is reported to exhibit contrasting roles on the regulation of MYC, promoting its activity through K63-linked ubiquitiation or promoting its degradation through K48-linked ubiquitination, depending on the cellular context. MYC activation is common in MM and contributes to the malignant phenotype; with this is mind we focused much of the current study on trying to understand whether HUWE1 influenced MYC activity in MM. We found a positive correlation between MYC and HUWE1 protein expression in MM and unexpectedly, demonstrated that HUWE1 depletion promotes proteasomal degradation of MYC. To date this has not been observed in other cancer types, however reduced expression of MYC has previously been reported in murine B cells deficient in HUWE1, suggesting a common mechanism of MYC regulation by HUWE1 in both normal and malignant B cells. To further unravel the mechanisms underlying HUWE1 function in MM, we adopted an ubiquitin-specific proteomics approach to identify putative HUWE1 substrates in conjunction with AVMBiomed. This analysis revealed a strong enrichment for HUWE1 substrates in metabolic processes. MYC plays a central role in regulating tumour metabolism and in turn, metabolic pathways can regulate the stability of MYC. Moving forward we will aim to delineate the role of HUWE1 in regulating MM cell metabolism, particularly in relation to MYC-driven metabolic pathways.

Interestingly, throughout the course of this research, Walker and colleagues also reported HUWE1 mutations in MM (2). Following on from this we analysed HUWE1 mutational status in a publically available dataset of MM cell lines (www.keatslab.org) and identified mutations in 6 out of 69 MM cell lines. We obtained five of these cell lines and confirmed HUWE1 mutational status by Sanger sequencing. In agreement with mutations reported in MM patients, HUWE1 mutations were predominantly found in cell lines expressing the t(11;14) translocation (4/6 cell lines) and are distributed in a similar manner. Although it was beyond the scope of this paper, the association of HUWE1 mutations with a specific subgroup and how these mutations affect HUWE1 activity warrants further investigation and is part of our ongoing research. There is still much to learn about the function of HUWE1 in tumourigenesis and we look forward to uncovering more of its’ diverse and complex role in the future.