The β-arrestins (β-arr1 and β-arr2) are scaffold proteins, initially discovered for the roles they play in the regulation of G protein-coupled receptors. Via their scaffolding properties, the β-arrs also dynamically control the activity and/or subcellular distribution of key intracellular signalling proteins including Mdm2. Whereas β-arr1 is located both in the nucleus and cytoplasm, β-arr2 displays an apparent cytoplasmic distribution. This is due to constitutive ejection of β-arr2 from the nucleus by a leptomycin B-sensitive pathway, driven by a nuclear export signal (NES) that is absent in β-arr1. β-arr2 is also actively imported into the nucleus indicating that it undergoes constitutive nucleocytoplasmic shuttling. β-arr2 shuttling displaces Mdm2 from the nucleus to the cytoplasm, resulting in increased p53 signalling and cell cycle arrest. In contrast to the well characterized nuclear export mechanism of β-arr2, knowledge on the entry mechanism(s) of β-arr2 into the nucleus and functional impact on Mdm2-p53 signalling remains incomplete.

We set out to determine if small ubiquitin-like modifier (SUMO) could be involved in the coordination of β-arr2 nucleocytoplasmic shuttling. SUMOylation is a key regulatory post-translational modification that impacts the activity and localization of protein targets. In addition to SUMOylation sites for covalent conjugation on lysine residues, SUMO interaction motifs (SIMs) exist, composed of a short stretch of hydrophobic residues that mediate non-covalent interaction between SUMO and SIM-containing proteins. Using various in vitro, in silico and cell-based approaches we characterized both a SUMOylation site and SIM in β-arr2. Whereas SUMOylation was not required for nuclear import, we found that the SIM on β-arr2 was. The SIM promotes association of β-arr2 with the multimolecular RanBP2/RanGAP1-SUMO nucleocytoplasmic transport hub that resides on the cytoplasmic filaments of the nuclear pore complex (Fig. 1). Depletion of the RanBP2/RanGAP1-SUMO complex resulted in defective nuclear import of β-arr2 demonstrating its functional importance in β-arr2 cytonuclear trafficking.

We next assessed the function of the β-arr2 SIM on Mdm2-p53 signalling. Due to defective nuclear import, a β-arr2∆SIM mutant lost the ability to titrate Mdm2 from the nucleus to the cytoplasm (Fig. 1). In non-small cell lung carcinoma and breast tumour cell lines the enhancing effect of β-arr2 on p53 signalling was also lost with the β-arr2∆SIM mutant. Taken together our results indicate that a β-arr2 SIM nuclear entry checkpoint, coupled with active nuclear export, regulate its cytonuclear trafficking to control the Mdm2-p53 signalling axis (Fig. 1). Future studies will be required to determine if β-arr2 cytonuclear shuttling goes awry in cancer. 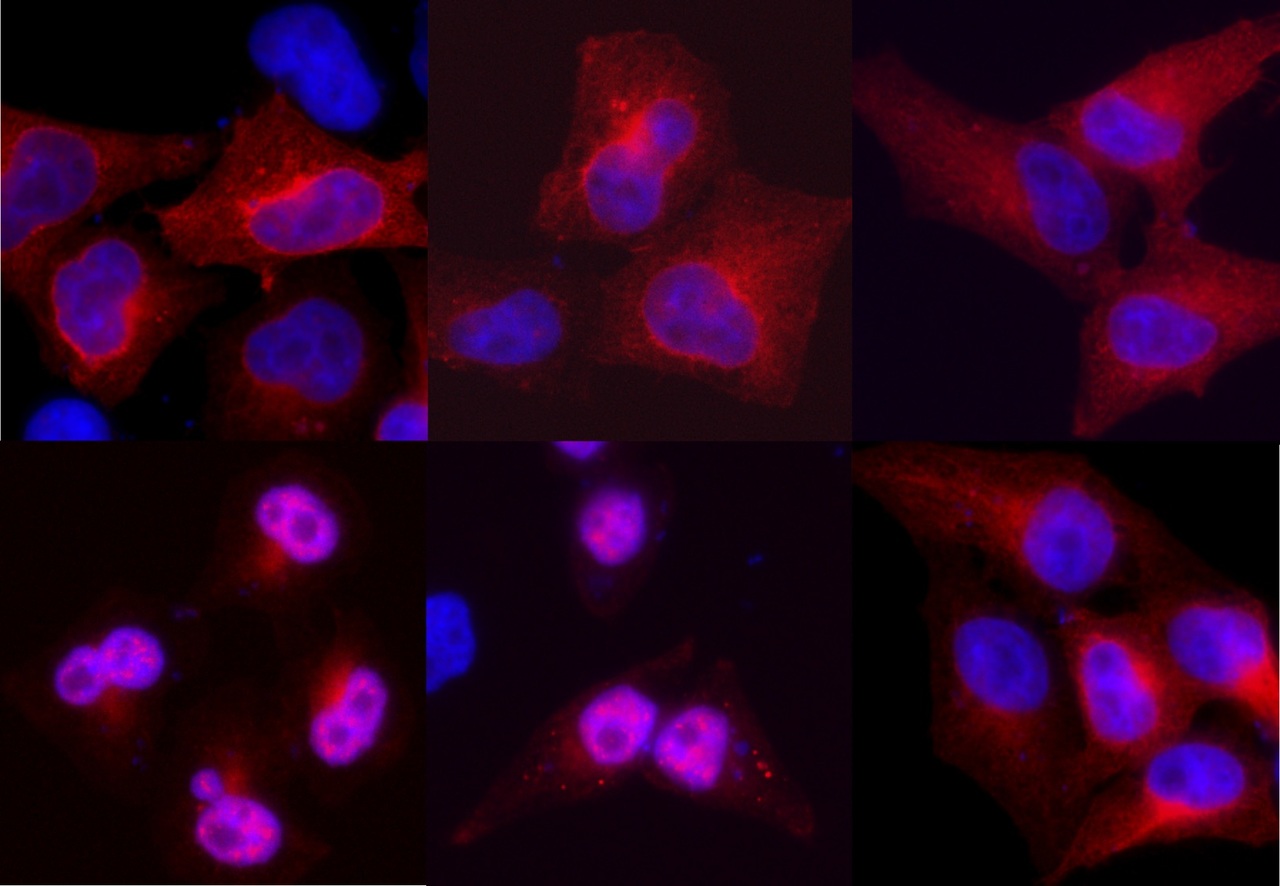