Over the past 15 years, long non-coding RNAs (lncRNAs) have emerged as an important class of regulatory molecules that can affect gene expression either at the transcriptional, post-transcriptional or translational levels. In keeping with an important regulatory role, widespread changes of lncRNA expression have been observed in both solid tumours and leukemias. Faced with these widespread changes, one of the primary tasks for the field is to identify clinically relevant lncRNAs and to characterise the molecular pathways by which they contribute to disease progression and outcome. Functional characterisation of this class of RNAs is particularly challenging, since lncRNAs are frequently localised in the nucleus and so often resistant to siRNA/shRNA knockdown approaches. Furthermore, since lncRNAs lack significant protein-coding potential, their biological function is not dependent on maintenance of an open reading frame, ruling out simple “single-cut” CRISPR-strategies.

Our group has been particularly interested in understanding the role of lncRNAs in the pathophysiology of multiple myeloma (MM), a tumour of immunoglobulin-secreting plasma cells which accounts for about 10% of all haematological malignancies. Despite recent clinical advances, MM remains essentially incurable. Several transcriptomic studies had demonstrated widespread changes in lncRNA expression in plasma cells of MM patients (1-3). Following a datamining approach, our focus fell on the lncRNA CRNDE (Colorectal Neoplasia Differentially Expressed), which has previously been implicated in a variety of malignancies (4). Using a cohort of MM patients from the  Hôpital Saint Louis in Paris, we showed that expression of CRNDE increases in plasma cells of MM patients, and that higher levels of CRNDE correlates with poor disease outcome, consistent with findings of a recent study (5).

To characterise the functional role of CRNDE in MM, we used CRISPR-deletion and CRISPR-inhibition approaches to disrupt expression of the major CRNDE transcript isoforms in MM cell lines. We found that depletion of CRNDE reduces proliferation and adhesion of MM cells, as well as increasing their sensitivity to Dexamethasone, a core therapy in the treatment of MM. Furthermore, CRNDE-depleted MM cells exhibit decreased tumorigenicity compared to wild type cells in xenograft experiments. Transcriptomic profiling of CRNDE-deleted clones revealed that CRNDE influences the expression of several genes previously implicated in the aetiology of MM.  Notably, CRNDE activates expression of IL6R, encoding a component of the IL6 receptor complex, a finding of particular interest given that IL6 is a critical signalling pathway for MM cell proliferation and drug-resistance (6). Consistent with decreased expression of IL6R, we went on to show that IL6 signalling and proliferative responses are indeed disrupted in MM cells deleted for CRNDE.

Overall our study indicates that one mechanism by which CRNDE impacts upon MM progression and outcome is by sensitizing malignant plasma cells to pro-tumorigenic IL6 signalling, due to enhanced levels of the IL6 receptor (Figure 1). A role for CRNDE in the IL6 signalling pathway had not previously been described in MM and our study suggests that this lncRNA may present an interesting target to attenuate IL6 signalling and improve or prolong drug sensitivity in some MM patients. These findings may also have implications for other malignant diseases where CRNDE is upregulated. The emerging importance of CRNDE in the cancer field should prompt future studies on its cellular functions and the molecular mechanisms by which this oncogenic lncRNA regulates downstream target genes such as IL6R, as well as the factors driving its enhanced expression in different malignancies. 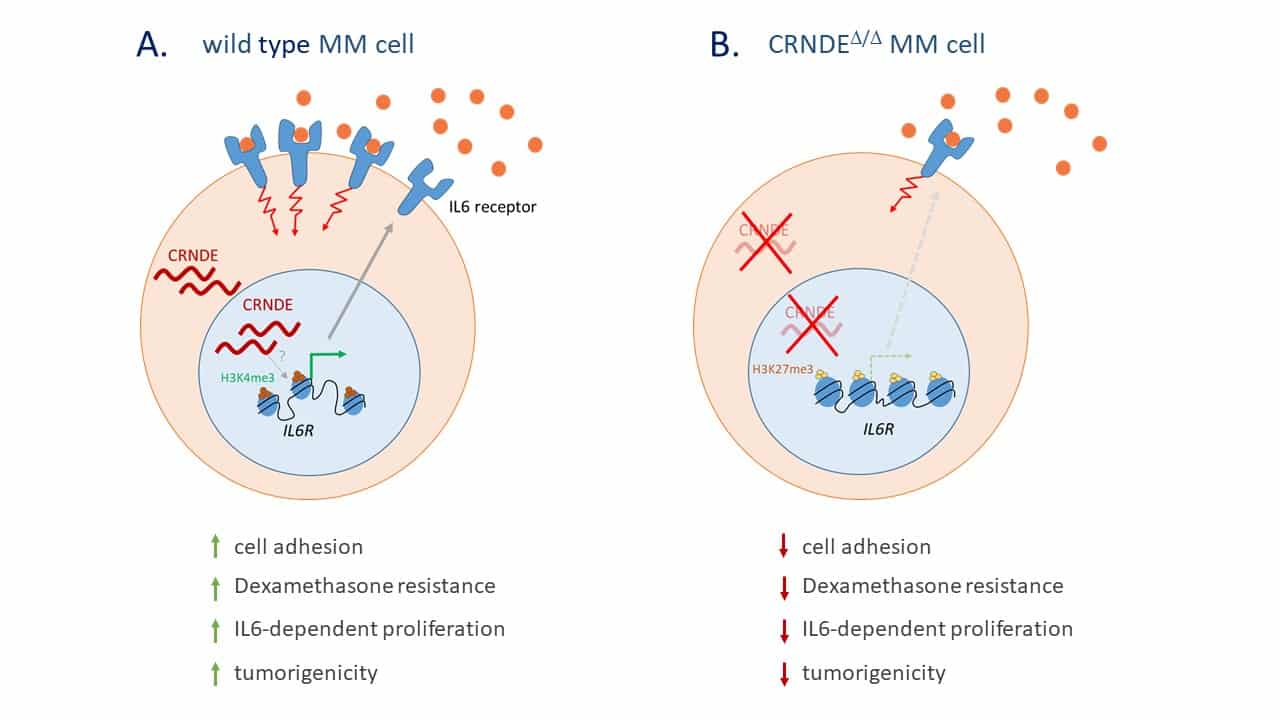 Figure 1. (A) High levels of CRNDE in wild type MM cells enhance expression of IL6R and levels of the IL6 receptor at the cell surface. (B) In CRNDE-deleted cells, reduced expression of IL6R decreases IL6 signalling and proliferative responses and is associated with increased Dexamethasone sensitivity and impaired tumorigenic potential. 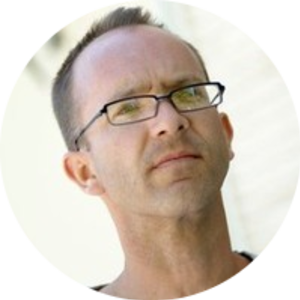